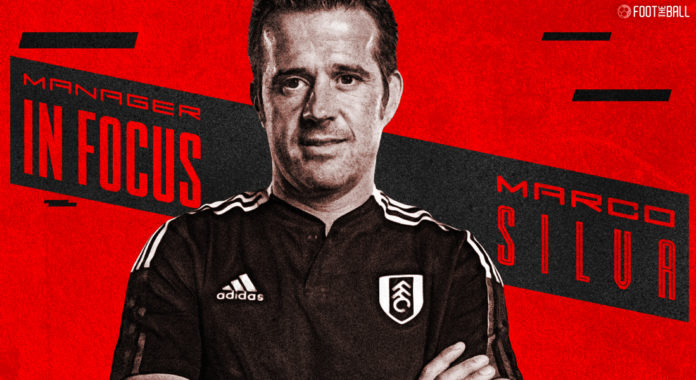 In the last two seasons where Fulham were promoted to the Premier League, they had a campaign to forget. In 2018-19, they were second last with 26 points, and in the 2020-21 season, they finished with a meagre 28 points, 11 points behind 17th-placed Burnley. However, what we have seen in the first five matches this season is quite promising.

Fulham have amassed eight points in the first five matches with two wins, two draws and one loss. This is a much better performance than the Cottagers managed in their two top league campaigns.

In a season where teams have been splashing cash around, this looks to be the most competitive Premier League season. Nottingham Forest have already spent more than € 150 million, bringing in 19 new players. The message is simple- to spend, improve, adapt or get relegated. In addition, they also lost talented youngster Fabio Carvalho to Liverpool.

Marco Silva’s tactics took them to the Premier League and transformed them. Under the Portuguese, Fulham have gone toe to toe with their opponents. They have also gelled well and shown a fluidity absent in previous seasons.

After leaving Everton, the manager was out of a job for two years. However, that did not lead to problems when he took charge at Craven Cottage. On the contrary, Marco Silva’s tactics were instrumental in Fulham’s promotion to the Premier League.

Defence is the key

Here’s an interesting stat from Fulham’s last two stints in the Premier League. The Cottagers conceded 12 goals after five matches in the 2018-19 and 2020-21 seasons. They have conceded seven so far. So, how have Fulham improved on their Achilles Heel?

Silva’s backline consists of left-back Antonee Robinson, centre backs Tim Ream, Tosin Adarabioyo, and right-back Kenny Tete. And this backline works in a way that doesn’t leave them vulnerable in the face of relentless opposition attacks.

While Ream and Adarabioyo are no-nonsense defenders, their fullbacks’ symmetry has been the key. Robinson is more attack-minded on the left and ventures forward, while Tete likes to stay back. This ensures that Fulham are never left exposed defensively. Their no-nonsense defenders, on the other hand, relish the good-old art of defending. No team has won more aerial duels than Fulham this season so far.

The team is ranked fifth in interceptions with Tim Ream being the second-best in the league. They are also fourth in the number of tackles won. Silva has been so obsessed with strengthening the defence that his players do not shy away from tactical fouls. They are ranked as the third-best teams called out for making fouls this season.

However, the defence had to tweak their strategy after their first two matches. In those matches, Silva had Marek Rodák in between the sticks. While the Slovakian is a good shot-stopper, he lacks ball-playing skills. Silva wanted to change that, and thus newly signed Bernd Leno was drafted into the squad. The German helped the team to build up from the back, which has been visible.

The team is taking time to adapt to the new tactics, but Silva sees the bigger picture. He wants his squad to be multifaceted, which will come in handy when they need an alternative plan.

Marco Silva has played a 4-2-3-1 system that turns into a 4-4-2 system when they lose the ball. And the base of the midfield is defensive midfielder Joao Palhinha who was signed this summer and Harrison Reed. While Palhinha has been the defensive shield, Reed has played the box-to-box role to perfection.

Palhinha has won 15 tackles till now, the second-best in the league. He ranks second in interceptions; He has also conceded the most fouls in the Fulham squad. What Palhinha does allows Reed to contribute to the attack.

Fulham might have scored 106 goals in the Championship, but the Premier League is a different beast. And Palhinha and Reed provide the perfect balance required in a league where Fulham are not favourites against more than half the teams.

💪 Joao Palhinha is averaging more tackles per game than any other player in Europe's top 5 leagues this season (5.2) pic.twitter.com/F2DqvyVpKh

Even their roles have altered after Leno’s inclusion in the squad. In the first two matches, Fulham could not build up from the back due to Rodak’s limited ball-playing ability. Instead, Rodak would punt the ball long for Aleksandar Mitrovic. The tactic was used so heavily that the Serb has won 35 aerial duels, the most in the league and 15 more than nearest rival James Tarkowski.

But with Leno in the goal, the team are now starting to build up from the back. Palhinha, Reed, and Andreas Pereira have begun to form pass networks in the middle. The trio try to narrow the field in the centre. At the same time, Neeskens Kebano and Bobby Decordova-Reid try to exploit the width of the pitch.

Marco Silva’s tactics not only play to Fulham’s strengths but also leaves room for adaptability, which they will need in abundance to survive in the Premier League.

Marco Silva may have altered Fulham’s tactics to make them more balanced. However, he has not sacrificed the attacking brilliance at his disposal. Mitrovic scored 43 goals last season and has brilliantly started the Premier League season. The 27-year-old has scored five goals this season, second only to new Manchester City striker Erling Haaland.

Mitrovic is the focal point of long balls due to his height. However, the Serbian is adept at holding the ball and being involved in the build-up play. And he is helped in the attack by Pereira, the team’s creative force.

100 – Aleksandar Mitrovic has scored more Premier League goals versus Brighton than he has against any other side (4), while his opener tonight is the 100th league goal of his Fulham career. Centurion.

Pereira drops down in the midfield to collect the ball. His heatmap from SofaScore shows that he positions himself on the left flank to receive a pass. After receiving the ball, he either links up with the wingers or tries to get past defenders.

Pereira’s positional sense and intelligent movement is his key asset. It is the reason he has managed to create 11 chances, the sixth-most in the Premier League. Pereira also leads the gegenpressing for his team, which they only deploy when they have their backs against the wall.

Marco Silva made Fulham an attacking beast in the Championship, where they scored 106 goals to achieve promotion. However, unlike their previous two campaigns, where they failed miserably, Fulham made intelligent decisions. The club signed players that would give them the quality and experience of top-flight football.

Marco Silva must also be credited for creating a system that makes Fulham a tenacious team. The defence has been solid and performed to Premier League standards. The fullbacks have worked in tandem providing adequate defence and offence.

The same can be said for Palhinha and Reed. However, work needs to be done as Fulham still have a long way to go. They are still over-reliant on Mitrovic, which could spell doom if the striker gets injured. Furthermore, they also need to get their wingers involved in the game, as Mitrovic cannot be expected to provide goals at the same rate as the Championship.

Marco Silva’s tactics has helped Fulham overperform till now and to keep the momentum going, they will need to adapt. However, they have shown signs of it, and after five matches, they indicate that Fulham could get a third time lucky.