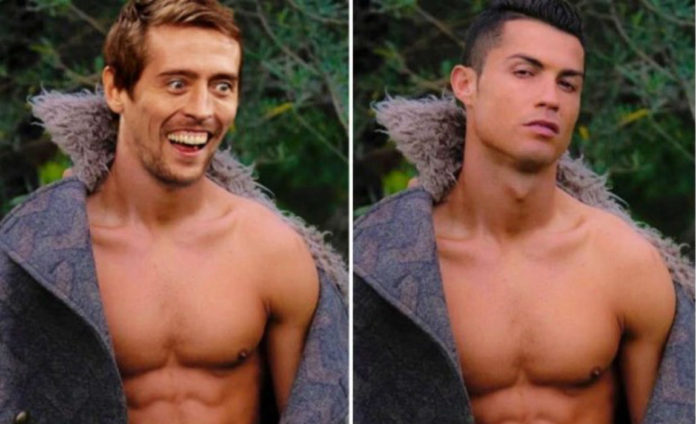 Stoke City star Peter Crouch and his antics on social media are well known to football fans and now the king of comedy has broken the internet by mocking Real Madrid superstar Cristiano Ronaldo. With the help of his friends, Crouch took to social media and mocked the former Man Utd legend.

Ronaldo recently posted a topless photo on Twitter – showing his chiselled body and Crouch couldn’t resist himself and played a prank by trying to match his pose.

Please retweet or fave if you would like me to recreate? https://t.co/ryLN32dCFc

The Stoke City player took to Twitter and asked all his followers on social media, whether he should try to match Ronaldo and post a photo in the same pose for fun.

@petercrouch @Cristiano come on Crouchy I need to see this ???

@petercrouch think you would look good with a spray tan

Noticing his tweet, some of his present and former teammates requested him to go forward and fulfil his wish – including Potters midfielder Charlie Adam and former West Ham United striker Carlton Cole.

But before Crouch could put his thoughts into action, a fan displayed his photoshop skills and uploaded Crouch’s photoshopped picture – that spurred a thunderous round of laughter within the footballing fraternity.