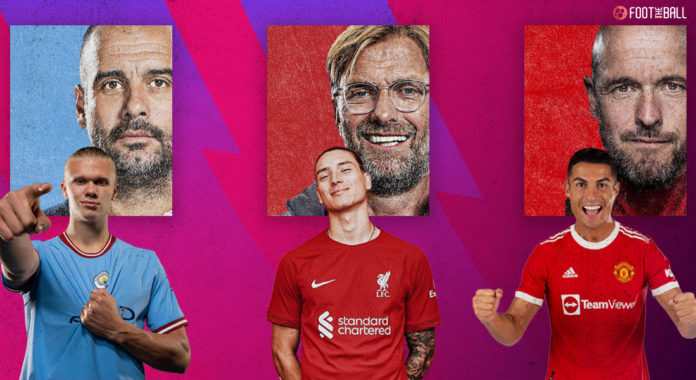 It is that time of the year again! The Premier League fixtures for the 2022-23 season are out. Right off the bat, there are some juicy fixtures for the fans to salivate over. This season’s fixtures list was a monumental challenge to construct given the 2022 FIFA World Cup in Qatar begins on November 18.

Therefore, there will be fixtures congestion to offset the gap with players more susceptible to injuries.

Nevertheless, the announcement of all 380 fixtures marks the start of the official countdown to the new season. FootTheBall brings you all the key details regarding the Premier League matches and what to look forward to.

The Premier League action gets underway on August 5 with Crystal Palace hosting Arsenal. The action continues over the weekend with seven matches on August 6 and two on August 7.

Some dates you need to put in your diary for the 2022/23 Premier League season 📅👇 pic.twitter.com/BIT95ZmnXg

As mentioned above, the season gets feisty right from the beginning. Chelsea and Manchester United have two mammoth fixtures in the first month itself. Moreover, the Red Devils will aim to get their pride back after losing 9-0 on aggregate against Liverpool in 2021-22.

Meanwhile, the Cityzens have the Manchester Derby, alongside visiting Anfield. April will definitely be the deciding months of the Premier League. Manchester City have Liverpool, Leicester City, and Arsenal to contend with.

Each of the top six teams in 2021-23 have pivotal fixtures. The penultimate matchday of the Premier League could also spring a surprise as Manchester City host Chelsea. Nevertheless, the entire season promises to be a rollercoaster.