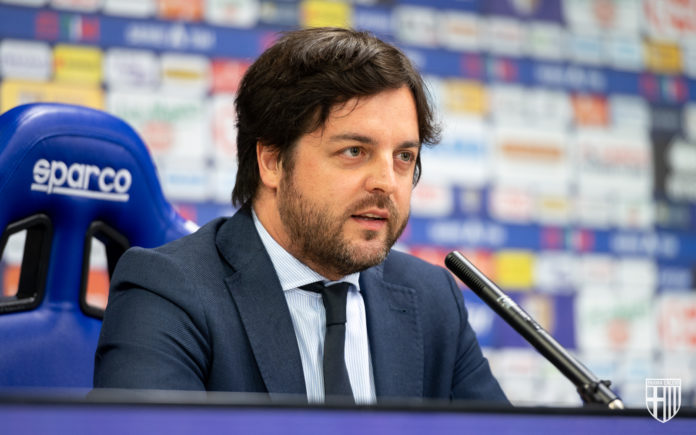 The changes are afoot at Olympique de Marseille. After finishing 2nd in the league last season and getting back to the big leagues, the French club have seen upheaval at the top level in staff. The latest change comes in the form of Javier Ribalta.

Olympique Marseille are prepared to reach agreement with Javier Ribalta as new director. He already worked with Pablo Longoria at Juventus years ago – now ready for new chapter at OM. ⚪️🔵 #OM

Ribalta's the man who signed Bruno Fernandes at Novara for €40k, 10 years ago.

The Spanish technical director joins the club to work alongside Pablo Longoria as a Sports Director. As exciting changes are happening at Marseille, here’s a look at who is Javier Ribalta.

Who is Javier Ribalta?

Javier Ribalta is one of the most respected technical directors in world football. He has a host of glittering clubs on his CV. His eye for talent and negotiation skills have led him to top-level jobs at the likes of Juventus, Manchester United and AC Milan.

Javier Ribalta started out his off-the-field career as a scout for Serie A club Torino. He stayed there for only a year before AC Milan came calling in 2009.

As a scout at AC Milan for two years, he had a huge role in the construction of the team that would go on to win the Serie A title in the season after he left, i.e, 2011-12.

This work didn’t go unnoticed as Italy’s then alpha club, Juventus eyed him and gave him a promotion too. Javier Ribalta joined Juventus in 2012 as the Chief Scout. A brief spell of a year as Chief Scout at Novarra was sandwiched between these jobs.

It was really at Juventus where Javier Ribalta truly flexed his genius. Along with Fabio Paratici, Juventus played blinder after blinder in the transfer market. Free signings and experienced players on cheap and shrewd investment in young talent were the themes at the club. This road led the club to a record nine consecutive league titles.

Javier Ribalta was soon outgrowing the profession of a Chief Scout. After Manchester United came calling in 2017, he accepted the chance of working in a new environment. However, after just one year, Russian side Zenit offered him another promotion.

Zenit offered Javier Ribalta the role of a Technical Director. This role was performed by Paratici at Juventus while Ribalta was there as Chief Scout. He jumped at the chance to broaden his horizons and a three-year spell at Zenit followed.

After coming back to Italy as Parma’s Technical Director in 2021, he finally left the Italian club and has now joined Marseille as Sporting Director.

Javier Ribalta’s knack for finding undervalued prospects for a smooth financial model at clubs will be particularly attractive to Marseille. Marseille have been a club that has been very smart in the transfer market in the past too.

As a nation, France has never been richer in its population of wonderkids. The French national team resembles an ‘All-Star XI’ with the amount of talent they have. Moreover, even their next generation looks like world-beaters.

Best of those World beaters in Lucien Agoume– Tap his name to know all about him!

Therefore, Ribalta’s genius for finding wonderkids and the abundance of them in France makes this a dream pairing on paper. Although toppling PSG in France is a tall order, sides that have done so previously, Lille and Monaco, showed a pattern. It is to develop young stars who are hungry and overachieve. Marseille might just be the next to challenge the Parisiens.