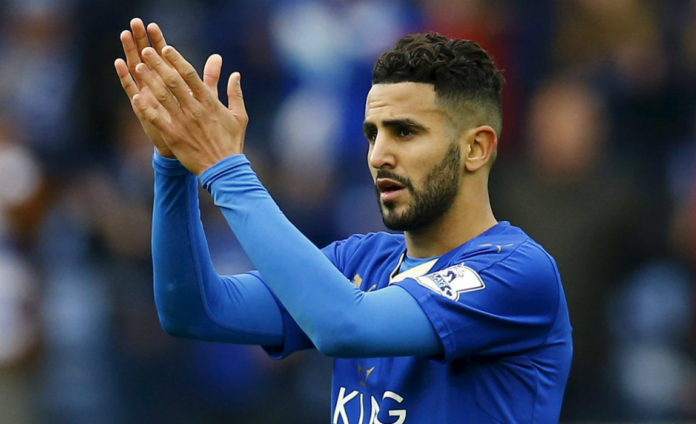 Leicester City made the announcement on their official website that the Algerian winger has decided to stay put and the new 4-year contract will keep him at the club until 2020.

The Club’s official statement read: “Leicester City Football Club is delighted to announce that Riyad Mahrez has signed a new contract, committing his future to the Foxes until June, 2020.

“The reigning PFA Players’ Player of the Year signs new terms after playing a starring role in City’s unforgettable Premier League title triumph last season – the latest stage of a remarkable journey for the 25-year-old Algerian in Leicester City colours.”

Arsenal was highly linked with the Leicester playmaker for the last few weeks and sources confirmed that Wenger’s initial bid of £30m was rejected by Leicester City earlier this week, according to L’Equipe journalist Gilles Favard.

Riyad Mahrez has already started the new season on a positive note after scoring from the spot in Leicester City’s shocking 2-1 defeat against Hull City in the league opener. The Algerian star was under the radar of top Premier League clubs – including Arsenal and Chelsea but Claudio Ranieri managed to convince him to commit his future to the club.

Earlier, Riyad Mahrez had revealed that there are a few clubs on his mind, for whom he could leave the Foxes this summer. He also insisted of staying in Premier League for as long as he can.

“It is a super league and I would like to stay here as long as possible. Now, there are two or three clubs in the world, that if they come for me, it definitely makes you think, if you understand what I am trying to say.”