Matchday 5 of the Premier league brought with it a plethora of action, drama and an inevitable adrenaline rush as English clubs locked horns across the Western European country with some of the best football players taking to the pitch. 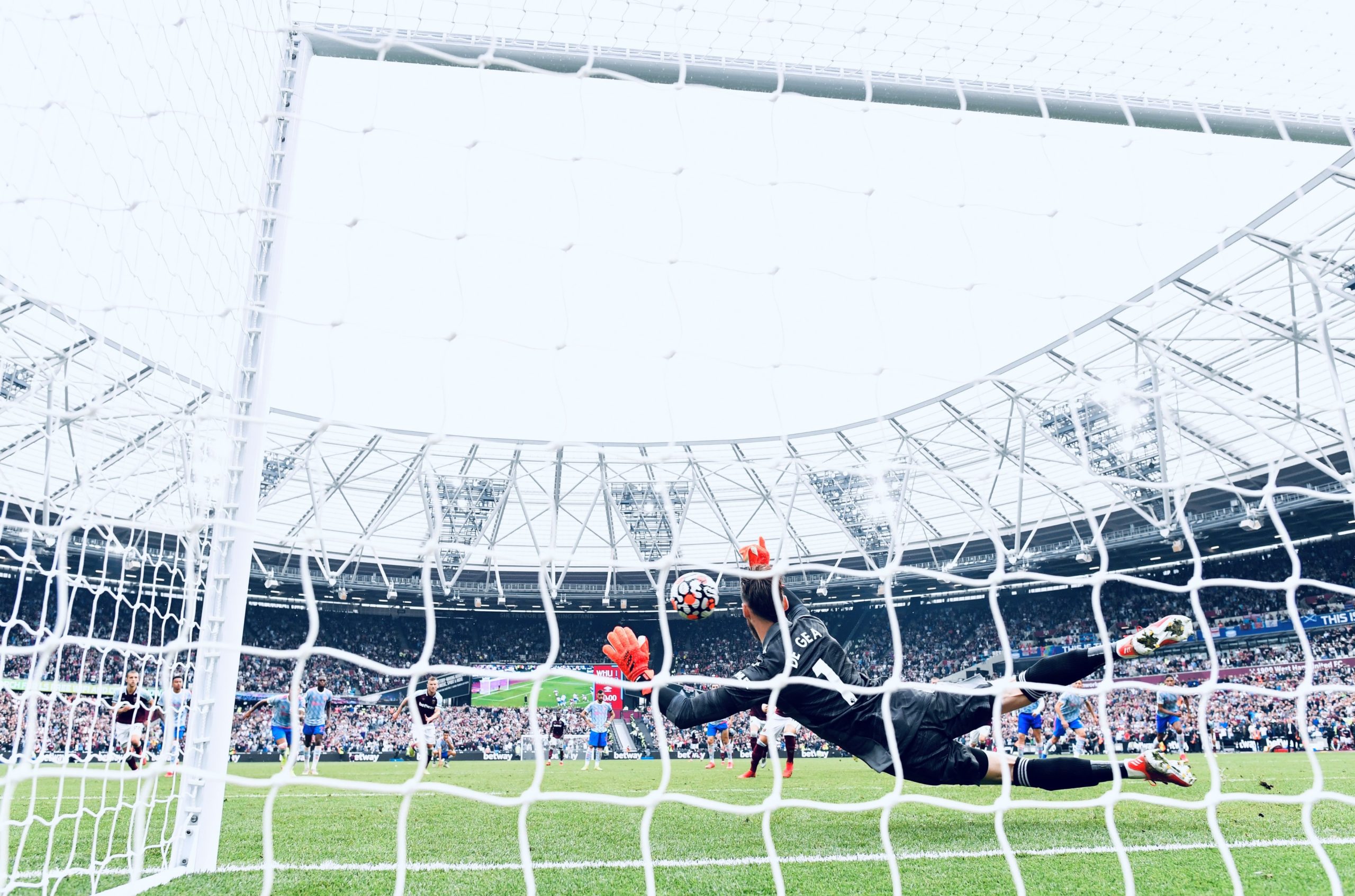 Manchester United won against West Ham as Jesse Lingard (it seems like poetic justice) scored a last-gasp winner before David de Gea saved a penalty kick from Mark Noble to see United through.

Elsewhere, Brighton made history with their best-ever start to a Premier league campaign with a win against Leicester City and Arsenal made it two wins out of two in their last couple of matches in the English top-flight to steer clear of the relegation zone.

As another matchday in the English top-flight comes to an end, FootTheBall provides a recapitulation of all the events in the Premier League on matchday 5.

The Red Devils handed West Ham their first defeat of the season, even though the Hammers went ahead only for Cristiano Ronaldo to equalise shortly after West Ham’s opening goal.

And the victory was completed by a beautiful effort from Jesse Lingard to win it for Manchester United in the 89th minute.

But there was still drama to unfold as Luke Shaw conceded a penalty late on, only for West Ham captain (who was subbed in especially to take the penalty) Mark Noble to miss from 12 yards as David de Gea saved the kick convincingly and United coasted clear in the British capital.

2) CHELSEA THE TEAM TO BEAT IN THE PREMIER LEAGUE

Thomas Tuchel’s Chelsea are on song in the Premier League with each and every member of the squad singing from the same hymn sheet as the Blues sit atop the league table in England.

Tuchel’s charges made light work of Tottenham Hotspur in London as goals from Thiago Silva, N’Golo Kante and Antonio Rudiger meant that the Blues climbed to the summit of the league.

It also showcases the versatility and the spirit of perseverance in the London club as this time around all goals were scored by defensive-minded players as they went on to win against their London rivals.

Wolves were facing newly-promoted side Brentford at home, but the Londoners were able to leave with all 3 points in the bag due to a lacklustre display from the home team.

Bruno Lage’s team have struggled to break down defences this season and this was also the case on matchday 5 as Wolves pushed forward relentlessly, but weren’t able to find that clinical/ incisive touch in the final third.

On the other hand, Brentford were lethal and capitalised on chances that came their way to leave the West Midlands with maximum points in their kitty.

4) BRIGHTON ARE HAVING THE TIME OF THEIR LIVES

Brighton are currently 4th in the Premier League with 12 points from a possible 15 until now. The club from the south coast of England is enjoying its best-ever start in the English top-flight after winning 4 of their first 5 matches.

Thank you all for your support today! 👏

Just in case you didn't know… we're ending the weekend 4th in the @PremierLeague. 📈 pic.twitter.com/l9PRkN00a1

On matchday 5, goals from Neal Maupay and Danny Welbeck were enough to win against former Premier League champions Leicester City at the Amex Stadium on the south coast of the United Kingdom.

Ismaila Sarr scored a second-half brace as Watford won against Norwich City at the Carrow Road Stadium in Eastern England on matchday 5 of the Premier League.

The Hornets are now ahead of the likes of Leicester City and Arsenal in the English top-flight after the conclusion of the round of matches for the fifth matchday.

And Sarr was one of the shining lights for them as he scored a brace to take his tally to 3 goals in the English top division after his opening day effort against Aston Villa at Vicarage Road.