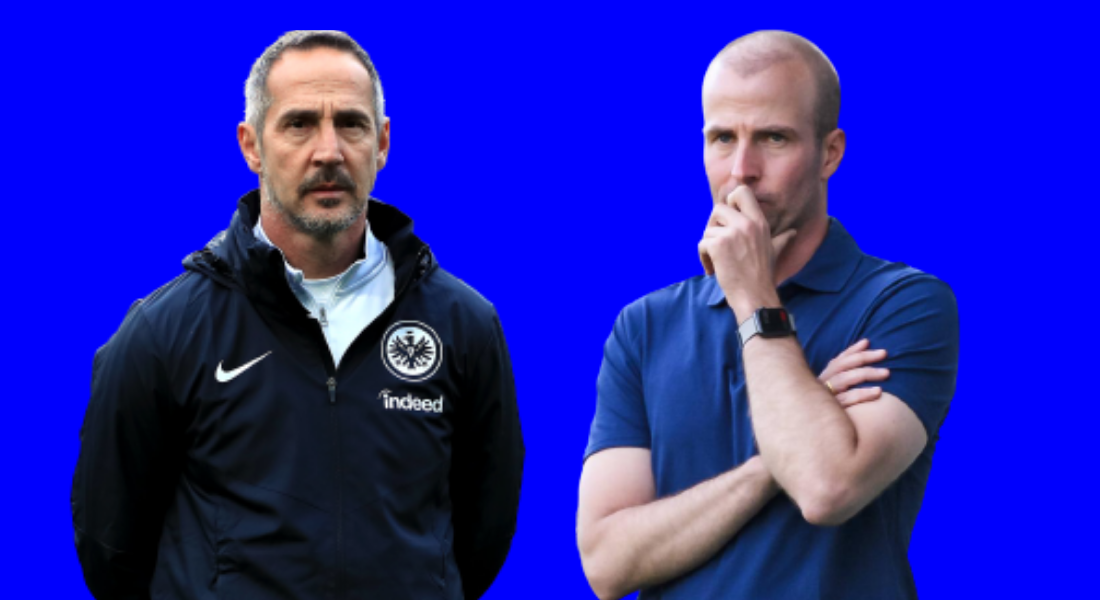 Hoffenheim host Frankfurt on Sunday, in the Bundesliga. The visitors would look to consolidate their push for the Champions League spots as they have arguably been the surprise package of the Bundesliga this season.

While Hoffenhiem will be looking to bounce back from the defeat to Bayern Munich, who are running away with the league again this season.

Frankfurt are currently 4th in the league, and competing for that spot against 3 very strong teams such as Dortmund, Leverkusen and Mönchengladbach.

Hoffenheim on the other hand have struggled this season and sit at 12th in the league right now, only 5 points off the relegation play-off places.

Hoffenhiem are currently managed by , Sebastien Hoeness, who is also the nephew of the former Bayern Munich president, Uli Hoeness. Under Hoeness, Hoffenhiem  have been inconsistent this season dropping points against teams just above them in the league. This form has come as a bit of shock as last season they were a consistent outfit and there were some promising signs at the start of this season too, as they thrashed Bayern Munich, 4-1 in the first matchweek. Since that win it has been hard to predict Hoffenhiem’s form. Before the latest loss to Bayern Munich in the previous matchweek,Hoffenhiem had won only two out of the last 5 games in the Bundesliga. The two wins came at Koln and Hertha Berlin, who are currently right outside the relegation zone in the Bundesliga, and before the Bayern Munich game Hoeness woud have been hoping for a consistent run of form after the two wins, but unfortunately for him his team could not repeat their heroics from September.The January window has also seen the arrival of highly rated American, Chris Richards, from Bayern Munich, who would be looking for his first start in the league in this match.

Frankfurt on the other hand have been the surprise package of the Bundeliga this season. Under Adi Hutter they have usurped Dortmund, Leverkusen and Mönchengladbach, to sit comfortably in the Champions League spots. Adi Hutter’s Frankfurt have been an exceptional watch this season playing free flowing attacking football. They have often compromised their defence from time to time, but their overpowering attack has made them a consistent performer this season pulling them out of tight situations, and a perfect example of this was on show when they drew against Mochengladbach in December, despite them being a man down in the game due to a red card that was shown to David Abraham. Adi Hutter arguably has become one of the most overlooked coaches in the Bundesliga over the last three years, as he has skill to develop a very coherent attack, and this season is looking to break into Europe’s premier club competition Frankfurt have drawn 1 and won 4 of the last 5 games they have played in the Bundesliga. They would be looking to continue their charge up the Bundesliga Table against Hoffenhiem.

A combined 22 goals and 12 assists between them 🤝

These two teams have already faced each other once this season, in which Frankfurt came out on top with a 2-1 win something they would try do to again at Hoffenhiem’s home.

Hoffenhiem have had their injuries woes this season as the likes of Akpoguma, Bicakcic, Geiger, Hübner, Stafylidis out injured for now and Ryan Sessegnon , who has been highly productive this season doubtful for the game with a thigh injury. Although Hoffenhiem do posses a fairly deep squad, these injuries will start taking a toll on their form this season as they are going to be forced to play the extremly young Marco John in midfield in place of Denis Geiger. Hoffenhiem will look to deploy Hoeness’s trusted 3-5-2, with the probable line up consisting of-Baumann (c) – Adams, Vogt, Posch – Kaderabek, Samassekou, John – Rudy, Baumgartner – Bebou, Kramaric.

On the flipside Frankfurt only have a few players like Durm and Schubert, that arethe only ones who are doubtful for the game against Hoffenhiem.  Adi Hutter is blessed with attacking talent and  has been utilizing their skills most efficiently in a 3-4-3 this season, with the wingers slightly tucked in to sure up the center of the park. Frankfurt’s probable line up for this game is likely consist of-Trapp – Tuta, Hinteregger, N’Dicka – Toure, Sow, Hasebe (c), Kostic – Kamada, Younes – Silva. Although Luka Jovic has returned to the side where he exploded, the Real Madrid Loanee, is unlikely to get a start as Andre Silva has been in sublime form this season, but Jovic has already marked his return to the Bundesliga with 3 goals in 4 games of the bench. This could possibly mean that Silva and Jovic get their first start together for Frankfurt in the Bundesliga this season against Hoffenhiem.

Although Hoffenhiem go into this match with a depleted squad, they should consider themselves lucky that their talisman for the last 4 seasons , Andrej Kramaric is fully fit and firing. Kramaric has been on fire this season for this underperforming Hoffenhiem side. Even in the recent defeat to Bayern Muinch the croatian star was exceptional in the game and scored superb a volley, despite playing for the side that lost the game.. Hoeness would be hoping for some more magic from his talisman who has arguably been one the most underrated strikers in Europe for the last 4 seasons. Kramaric has scored 13 goals for Hoffenhiem this season, and would look to carry his side to an unlikely win against the high-flying Frankfurt.

Adi Hutter, has a completely fit squad and the attacking players at his disposal have been sublime this season. The likes of Kamada and Silva have received a lot of plaudits this season for their exceptional performances. Silva , in fact is only second to Lewandowski in the scoring charts with 16 goals, above Haaland. But Filip Kostic is the player that everyone should have their eye on this game. The Serbian international who has been raking in assists for fun in the Bundesliga over the last 3 years, has become one of the most underrated creative wingers in Europe. His contribution to Adi Hutter’s Frankfurt side should grant him legendary status at the club, as his consistency has been one of the main reasons Frankfurt has been progressing constantly over the years. His work-rate and crossing ability have made him an invaluable asset for Frankfurt. The wole team looks to Kostic for something special and his vision and passing ability surely has the Frankfurt strikers grinning with joy.

This game is bound to be exciting for any neutral, as they will get to see two very attacking sides put on a show for them, as both of them have chance to improve their standing in the league and put pressure on the teams around them.

We at FootTheBall , predict a high scoring game as we expect one of the sides to take the game by the scruff of it’s neck and will most likely end 4-2 in Frankfurt’s favour as their attacking fluidity might end up destroying the Hoffenhiem defence if they don’t show up.