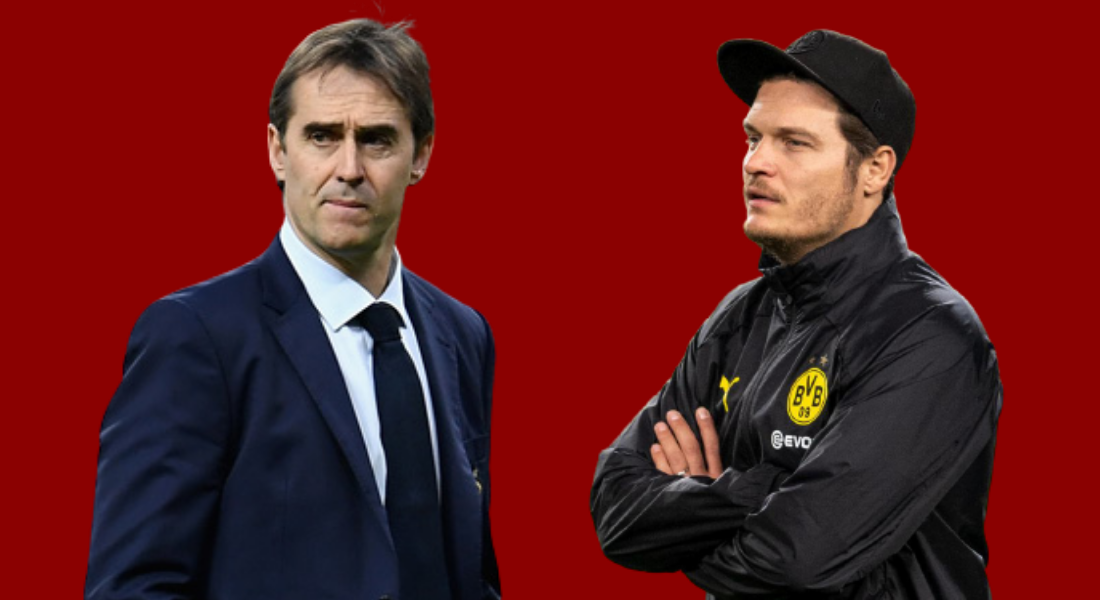 Sevilla will welcome Borussia Dortmund to Estadio Ramon Sanchez Pizjuan for the 1st leg of their last-16 battle in the Champions League on Wednesday. The teams have never met in a knock-out format, but the Germans crashed out of the group stage, when paired with Sevilla in Europa League over 10 years ago, as the Spaniards managed to reach the knockout rounds.

Borussia Dortmund were rated clear favourites to progress when this tie was drawn out but all the momentum is now with Sevilla ahead of the opening leg.

Los Rojiblancos have rattled off NINE straight domestic victories, keeping clean sheets in the last EIGHT, whereas Die Borussen are badly out of sorts.

Sevilla qualified comfortably through the competition’s group stage, though their 4-0 reverse at home to section winners Chelsea on matchday five was worryingly abject.

Julen Lopetegui’s side have made considerable defensive improvements since then, though their run of seven clean sheets in a row could end against an attack minded Dortmund team.

Sevilla only picked up one point from two Group E meetings with Chelsea, although Julen Lopetegui did field a weakened line-up when thrashed 4-0 at this venue.

Four wins over Krasnodar and Rennes helped Los Rojiblancos to ease through as runners-up, but even those victories were far from convincing.

Sevilla only edged out Rennes 1-0 on home turf and had to come from 2-0 down to shade Krasnodar 3-2 in Spain.

However, things have since turned around in impressive fashion, with five consecutive La Liga victories and a trio of Copa del Rey triumphs.

🏆 Presenting your Man of the Match for #SevillaFCHuesca.

Borussia Dortmund’s patchy domestic form means that there is a genuine chance they could miss out on Champions League qualification for next season, though Der BVB remain excellent value in the entertainment stakes.

Dortmund kicked off their Group F campaign with a 3-1 loss away to Lazio but recovered to finish three points clear of the Italian side at the summit.

A 2-0 home win over Zenit was followed by back-to-back 3-0 victories at the expense of Club Brugge.

Erling Braut Haaland netted six times in those first four fixtures but was then sidelined with a hamstring injury for a 1-1 home draw with Lazio.

Die Borussen overcame his continued absence to prevail 2-1 in St Petersburg, so they are far from a one-man team.

Borussia Dortmund continued with their unimpressive performances this weekend, and have won just one of the last seven clashes, allowing also three defeats in the process. Borussia Dortmund have managed to keep just three clean sheets across the last twenty games.

Julen Lopetegui is sweating on the fitness of no fewer than four players for Wednesday’s welcome of Borussia Dortmund.

Jesus Navas, Lucas Ocampos, Marcos Acuna and Oscar are all doubts for the clash.

Aleix Vidal and Karim Rekik may continue at right and left-back, respectively, while Papu Gomez, following a strong start to life with Sevilla, is set to deputise for compatriot Ocampos.

Sevilla’s defending has been superb since the turn of the year largely thanks to their centre-back pairing of Carlos and Kounde and keeper Bounou, though few teams can cope with Dortmund’s menace in the final third.

Top performers for Sevilla have been Youssef En Nesyri  with 17 goals, Lucas Ocampos with 6 goals and 4 assists and Munir El Haddadi with 6 goals 1 assist.

A mix of calamitous defending and sparkling attacking play has produced over 2.5 goals in each of Borussia Dortmund’s last six matches.

With Erling Haaland and Jadon Sancho a particularly potent duo, having the Norway forward back fit and firing makes them a far more dangerous proposition for the knockout stages.

England winger Jadon Sancho is another player back on track after possibly being distracted by transfer talk earlier this term.

But Dortmund’s defensive woes have seen them go eight games without keeping a clean sheet.

Sevilla on the other hand have been in stunning form in recent weeks, winning their last nine matches, and will be confident of extending that run on Wednesday night. The LaLiga side haven’t failed to win a home game in 2021 and won’t fear an out of sorts Borussia Dortmund in midweek.

Sevilla and Borussia Dortmund have met just twice on the football field in the history so far. Both games were in 2010, when the teams were drawn in the same Europa League group. Sevilla triumphed in the 1st ever H2H clash, prevailing with a slender 0:1 in Germany, while the reverse fixture in Spain finished in 2:2 draw.

Sevilla have lost only one of the previous nineteen encounters in all tournaments. Only one draw has been registered across the Spaniards last twelve meetings.

This is a team which knows how to get the job done in European knockout rounds and FootTheBall says, Sevilla 2-1 Borussia Dortmund.