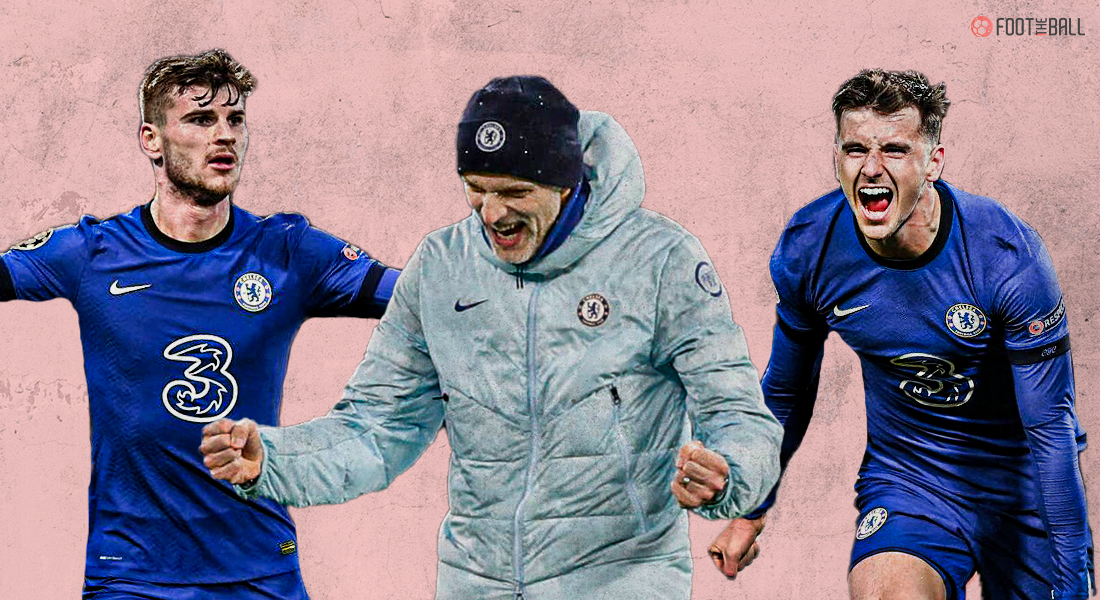 After a hail filled Manchester, a chilly London stood strong as Timo Werner and Mason Mount’s goals across each half put Chelsea past Real Madrid to set up an all English Final. Chelsea dominated the game from start to finish to knock out 13-time Champions Real Madrid.

The Blues held the advantage after the first leg with an away goal in the 1-1 draw in Madrid last week.

🔵 Werner & Mount send Chelsea through to the Champions League final!

This is only the third time that two English teams have reached the final. Chelsea will do well to remember their last outing against Manchester United in 2008. That (un)fateful night for the blues will have no bearing on today’s celebrations as Chelsea have reached their first final since winning the competition in 2012.

Chelsea looked the more dangerous side. Winning the ball higher up the pitch as Tuchel’s outfit pressed the Madrid backline. Madrid kept knocking the ball around and enjoyed the lion share of possession, but it was Chelsea that threatened early. Rudiger, of all players, launched from 30 yards, the shot swerved but Courtois managed to parry it away.

Chelsea continued to threaten as Werner slammed the ball into the Madrid net, after finding a low left cross from  Chilwell, the German roofed it home from six yards but as it turned out it was too easy as the forward was adjudged offside.

Chelsea’s energetic and quick play was a stark contrast to Madrid’s slow possession play, and they were made to pay in the 28th minute as N’Golo Kante spun down the middle and slipped it wide to Havertz who drove down the left channel and drew Courtois out, to dink it over the keeper, the ball pinged off the crossbar to find Timo Werner who headed into an open net.

Real Madrid looked to be getting frustrated with Chelsea continuing to create, which ended up with Ramos purchasing a cheap yellow card after tangling with Spain compatriot Cezar Azpilicueta at the Madrid corner.

Madrid huffed and puffed in search of an equaliser forcing Mendy into two good saves, but the London side went into the break 1-0 up and 2-1 on aggregate.

Chelsea continued to expose the Madrid defence in the second half, Kai Havertez more than proving his selection over Captain America, Christian Pulisic with the German hitting the post twice.

Pulisic squares for Mason from the byline and we double our lead late on! 😎

Real’s defence continued to open obligingly, with Mount being offered acres of space, as the Englishman romped inside the box but chose the wrong option and powered his shot over the net while a well-executed dink could have easily have been 2-0.

Mount sealed the game in the 85th minute after Kante won the ball in the Real Madrid half and slipped it to Pulisic into the box. The American considered shooting from a tight angle, but drew Courtois instead, and executed a drag back, before rolling the ball for Mount, who slammed home from six yards!

Chelsea spurned a huge chance in the 59th minute after a simple ball over the top, down the middle found  Havertz who was clean through on goal. The German tried to side foot it into the bottom left corner but was denied by Courtois, who hacked away brilliantly. If the German was unlucky to hit the bar twice this was a bad miss.

Minutes later Chelsea squandered another big chance as Werner drove from the half-line at the Real backline and slipped it wide left for Kante, who smashed it straight to Courtois. Just like the first half of the first leg, Chelsea blew their golden chances to kill off the game. They would want to improve upon their conversion if they are to beat City, who overcame PSG yesterday, in the final.

Thomas Tuchel has reached the Champions League Final two times in a row now. Having lost narrowly to Bayern Munich last year, the German will be determined to achieve his first major trophy and what better than to debut with the big one. The transformation since taking over has been brilliant with Chelsea looking more robust as a team.

It will be the perfect icing on the cake as Tuchel restores Roman’s faith in him. A man without the extravagant celebration or expression, Tuchel will sleep easy tonight and wake up knowing that full well that he will have to create his own luck in Turkey over Per Guardiola’s treble seeking heroes.