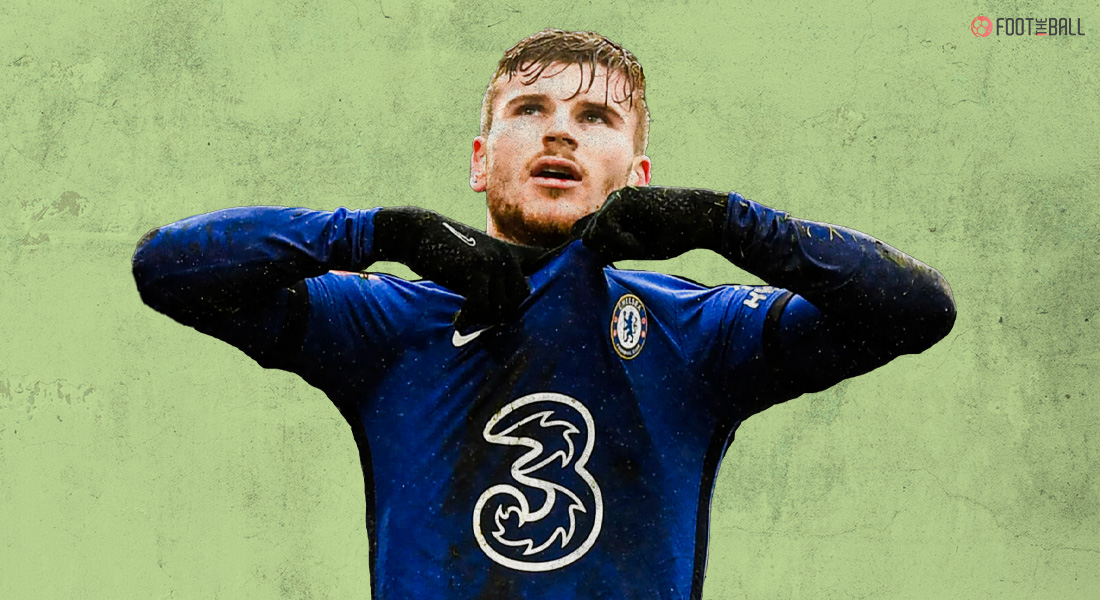 Timo Werner ends 20 game and 2 months without a goal for club and country and delivers a hammer blow to the hammers. The top four spots were up for grabs with both sides going in level on points after 32 games. The win opens up a three-point gap for Chelsea in fourth over their opponents in fifth.

Chelsea started the first half on the front foot dominating possession. Timo Werner came close in the third minute of the game but failed to wrap his foot around the ball after a pass from Mason Mount.

West Ham sat back early on and absorbed the early pressure but struggled to break the Chelsea press. As the half progressed the game opened and West Ham were able to find the passages of play for Lingard and Fornals to make early runs.

West Ham grew in confidence and had a VAR call that went against them after a free-kick into the box found the Soucek who flicked the ball onto the shoulder of Azpilicueta which garnered shouts for handball.

Just as West Ham began to grow into the game, Chelsea delivered the sucker punch as Werner who looked lively all half, came alive. He battled Ogbonna in the centre of the park and rolled a pass wide left for Pulisic, who shuttled on for Chilwell. The full-back cut back towards Werner, who had started the move, kept on trucking. He arrived in the box and slapped a confident sidefoot into the bottom right.

After plenty of endeavour and lack of clear cut chances, West Ham would have felt hard done after going into the dressing room 1-0 down.

The second half began with West Ham on the front foot quickly with Jarrod Bowen continuing to be a threat down the right.

Chelsea should have been two up in the 55th minute after Mason Mount, just to the right of the penalty box, sent a short-backlift shot towards the bottom left. Fabianski stuck out a strong arm to parry at full stretch and pull off a great save, but the ball dropped to Werner, who simply had to sidefoot it into an unguarded goal. However, he opened his body and sent his effort bobbling apologetically wide right. After fine play throughout the game, that was a horrible miss.

RED CARD West Ham's Fabian Balbuena is sent off following a challenge on Ben Chilwell, with the decision being confirmed after visiting the Referee Review Area

West Ham were reduced to ten men in the 81st minute after a controversial VAR ruling.  Balbuena certainly didn’t look like he meant it, but his action ultimately put Chilwell in danger. The decision was unfortunate, some would argue that the referee was guilty of looking at the slow-motion footage and completely ignoring the biomechanics of a footballer.

HITTING FORM AT THE RIGHT TIME

Chelsea will be happy that out of form striker Timo Werner broke his goal drought. The German looked lively all game and should have had a second. The goal will sure boost the striker with confidence as the season enters the business end.

Mason Mount continued to impress and had a solid game, coming close to scoring with a couple of outrageous strikes. Chelsea will look to carry the winning momentum as they face Real Madrid in the Champions League semifinal 1st leg on Tuesday.

West Ham will feel hard done by the result. David Moyes will be furious with the red card, without which his side could have pushed to find an equaliser. Back to back losses now will have hurt their chances for a Champions League spot after they were looking to rub shoulders with Europe’s elite next season