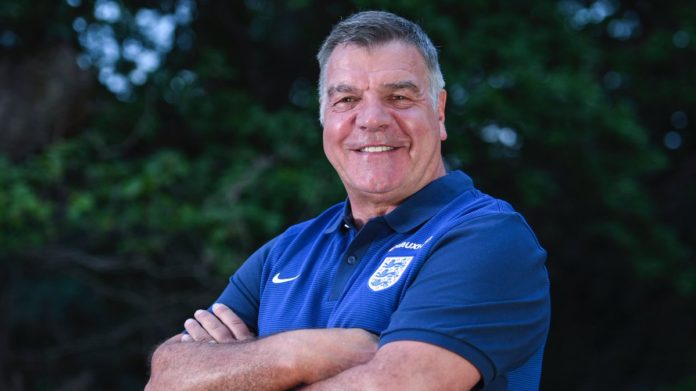 The 61-year-old has agreed an initial two-year deal with the Football Association, worth around £6million, and vowed to ‘make the whole country proud’.

Allardyce wants to appoint Sammy Lee, with whom he enjoyed a very successful spell at Bolton Wanderers, as his assistant manager.

Sam Allardyce pledged it was ‘time for us to deliver’ after being confirmed as the new England manager on Friday.

Allardyce said: ‘I am extremely honoured to be appointed England manager, especially as it is no secret that this is the role I have always wanted.

‘For me, it is absolutely the best job in English football. I will do everything I can to help England do well and give our nation the success our fans deserve.

‘Above all, we have to make the people and the whole country proud.

‘While my main focus will be on the senior team and getting positive results, I want to add my influence to the great work being done across the development teams at St George’s Park — a facility I have used with my previous clubs.

‘I know we have talented, committed players and it is time for us to deliver.’

Allardyce’s first match in charge will be a friendly at Wembley on Thursday, September 1, with England’s opponents yet to be confirmed.

The official statement also heralded Allardyce as a coach ‘renowned for consistently getting the best out of his teams’, an ‘astute tactician and excellent man-manager’ and a ‘forward-thinker with progressive ideas’.

He has been given the task not only of ensuring England’s qualification for the next major tournament in two years, but with shaping a ‘strong, purposeful team identity’ and getting the very best out of the young, talented players at his disposal.

Though Allardyce’s salary is £500,000 less than that of his predecessor, Roy Hodgson, it is heavily incentivised for success.