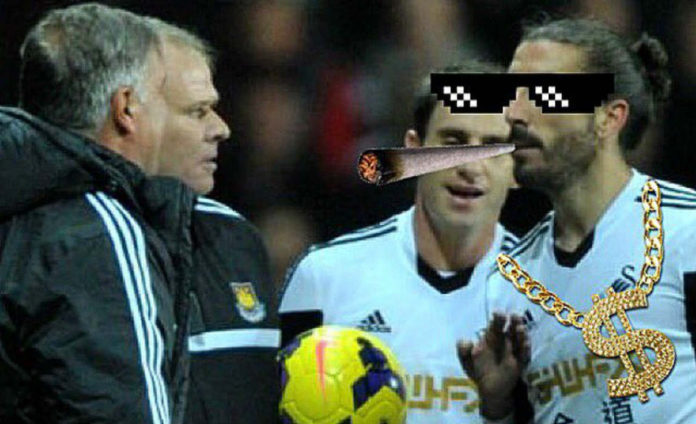 Former Swansea City defender Chico Flores has taken a dig at long-time foe and new England manager Sam Allardyce, who got involved in a controversy and is fearing the sack by the FA. 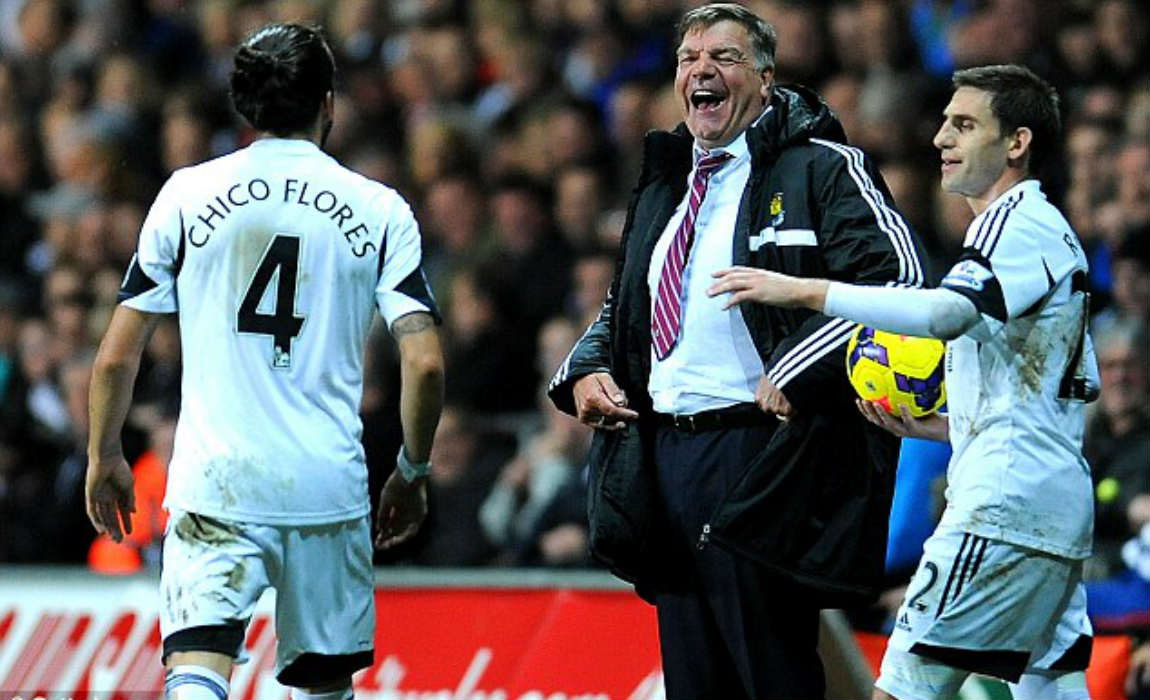 Earlier in 2013, former West Ham manager Allardyce had made fun of Flores when he fell to the ground in a dramatic fashion after a collision with Carlton Cole. Months later in a reverse fixture, both of them were again involved in a furious tussle and almost hit each other.

However, now it seems that fortune has taken sides with Flores, with Big Sam nailing his own coffin – as allegations emerged of him negotiating a £400,000 deal with some businessmen and offering them advice on how to get around Football Association transfer rules and also made questionable comments about the likes of Roy Hodgson and Gary Neville.

The meeting between Allardyce and the reporters-disguised-as-businessmen was filmed by the Daily Telegraph and took place even before Big Sam took charge of his first game against Slovakia, the World Cup qualifying which England won 1-0. 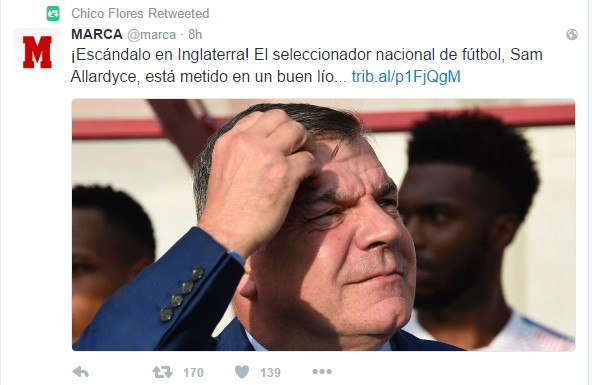 Flores hinted his joy after he retweeted a story from the Spanish publication Marca that accentuated the allegations against the 61-year old manager.

The headline of the story read: ‘Scandal in England! The national football coach Sam Allardyce has gotten in trouble.’

Flores then posted another tweet with three emojis that portrayed tears of joy to define his joy at the recent news. 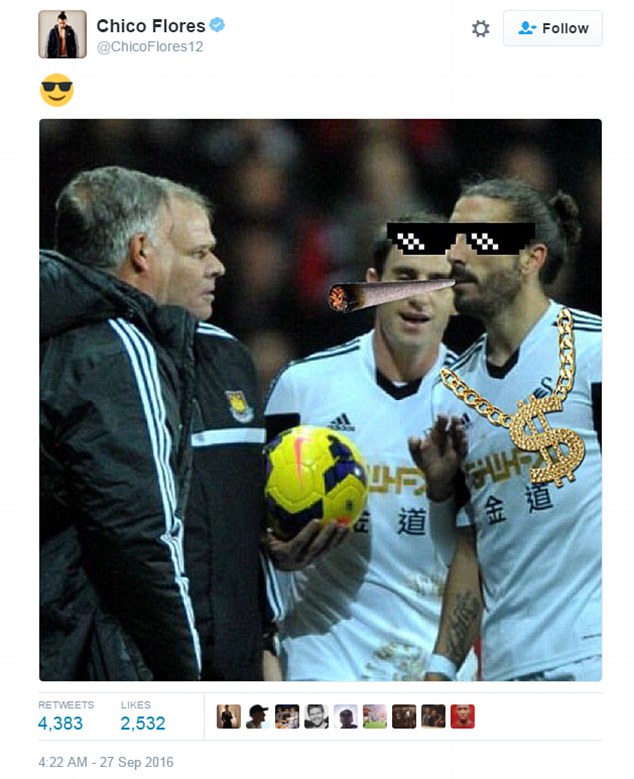 He didn’t stop there; hours later he posted another tweet which portrayed a ‘Thug Life’ version of the incident back in 2013.

Flores had all the reason to celebrate following Allardyce’s comments regarding the incident back in 2013.

“He [the referee] can’t be absolutely certain of what’s happened, except that Chico Flores is over-exaggerating, which is generally the norm for him unfortunately,” Allardyce said.

“To clutch his face and roll around, I think that’s had a big influence on Howard’s decision, thinking that it’s caught him in the face when it hasn’t at all.”