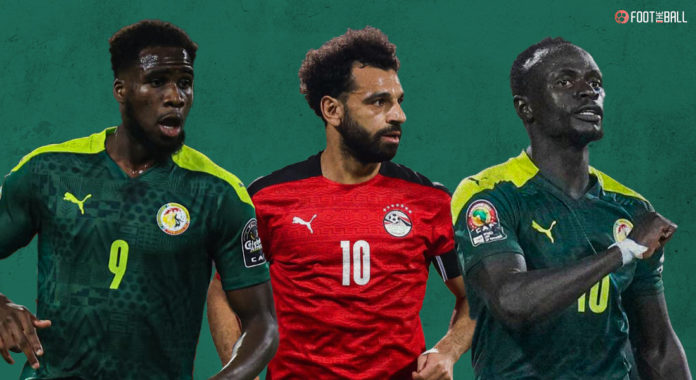 Senegal hosted Egypt in the critical second-leg of the World Cup playoffs. The Pharaohs had eked out a 1-0 win at home and were in the driving seat. The Lions of Teranga had to score if they wanted to progress.

Indeed, the home side scored within four minutes. A free-kick from the right was whipped in by Idrissa Gueye and Omar Gaber’s header fell straight into Boulaye Dia’s path. There was a scramble between goalkeeper, attacker, and defender before the ball deflected into the net off of Dia.

Elsewhere, Senegal have grabbed the lead at home thanks to a good effort from Dia inside four minutes.#3Sports #TheFinalPush pic.twitter.com/lYowHQZEww

It was already shaping up to be a physical affair with challenges flying in from both teams. Senegal werefree-kick looking to attack at every opportunity. Egypt were struggling to get their main man Mo Salah on the ball. It was mostly defending from the away side. Gueye had a shot pushed aside by El Shenawi with Egypt having all hands on deck.

Though they continued attacking, Senegal could not score again in the first half. The two teams were locked on aggregate heading into the break.

The second half was much of the same. Senegal were on the front foot often while Egypt were being pegged back. The Pharaohs had no outlet to hold the ball and threaten the home side. Meanwhile, the Lions of Teranga had pace in attack and flooded continuously. One great chance fell to Zizo who dragged his shot wide from inside the penalty box.

Ismaila Sarr had a golden chance to win it just minutes from full time. He was clean through on goal and opened up his body to shoot. However, the eventual shot went just wide of the far post and Egypt survived. The normal time finished 1-0 to Senegal meaning an additional 30 minutes were on the cards.

END OF THE SECOND HALF! ⏰

The two sides are level on aggregate score and we are heading towards 30 minutes of extra time. 🔥#WorldCup | #WCQ pic.twitter.com/Tl7qyGBSUO

Papa Cisse had the first chance within minutes, his header from a corner saved by a flying Shenawi. Just moments later, he excelled even more. Sadio Mane’s dangerous low crthe way across the face of the goal before reaching Sarr. The Watford attacker surely thought he had finally scored but his effort was somehow kept out again. Egypt were having a shocker at the back, Shenawi making another great low stop to keep them in the tie.

The game made it to penalties and it was nerve wracking now.

Locked 1-1 on aggregate, penalties will determine whether Senegal or Egypt will go to the World Cup.

Senegal got off to the worst possible start with Kalidou Koulibay hitting the crossbar. However, Salah proved nothing was impossible as he blazed his shot way over. Saliou Ciss was next and his effort was saved by Shenawi. Zizo kept the tradition going, side footing his shot wide. It took Sarr to finally score the first effort from the spot. Suddenly, it was a goal fest with Amr Sulaya also netting, albeit just under the crossbar. Ahmadou Dieng scored next. Mostafa Mohamed was next and saw Edouard Mendy save his shot. That left Mane to score the winning penalty again to send Senegal to the World Cup.

Senegal were the superior side throughout. They attacked regularly and had many golden chances to score. Sarr was guilty of wasting two great ones while they found Shenawi in inspired form. Mane could not have shots of his own but he troubled the defence all night. They really should have put the game to bed in normal time or even extra time itself. Their penalty shootout got off to a terrible start but Mane held his nerve to convert his and send the nation to Qatar.

Egypt could thank their lucky stars they made it to penalties. The Pharaohs were once again defensively rigid and offered very little in attack. Mo Salah was stifled well all night. Zizo missed their one good chance. Otherwise, it was all defensive work. Shenawi was in top form, making save after save to keep the aggregate level. The shootout was there for the taking but some truly horrible penalties conspired to let them down.

Sadio Mane is the man

Scoring the winning penalty in two extremely decisive matches? Mane does it all. The Liverpool attacker got one up over his teammate once again to punch Senegal’s ticket. He was lively throughout the match and deservedly go through.