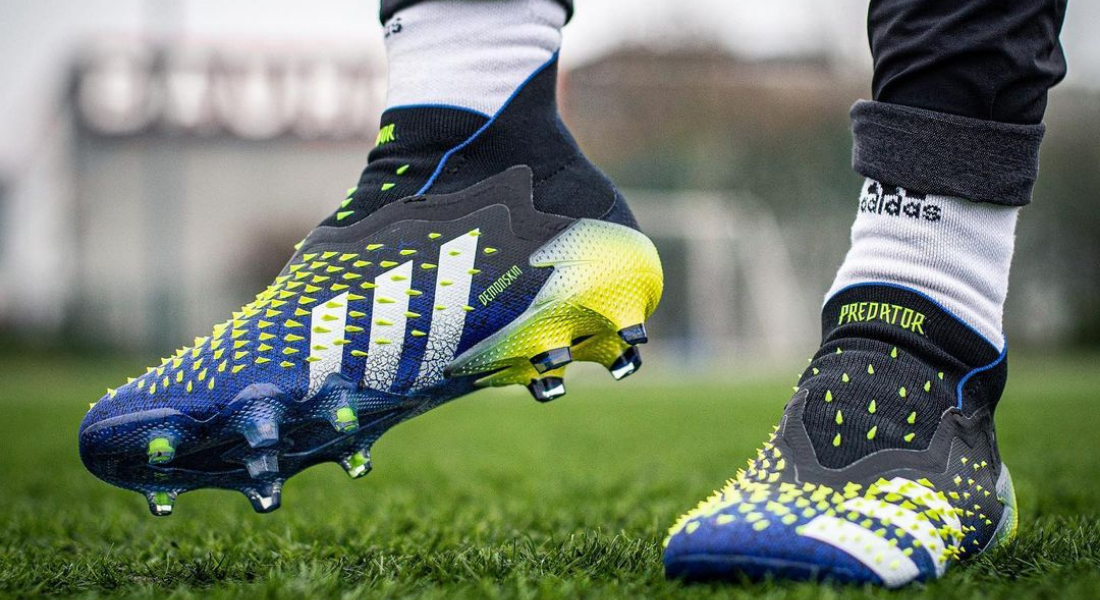 The Adidas Predators were introduced in 1994 and since then have gone on to become one of the most recognizable football boots of the modern era. Worn by some exceptional players over the years the likes of David Beckham, Zinedine Zidane , Steven Gerrard and many more have played with these iconic boots. The Predators have become synonymous with great midfielders.

The latest edition of the legendary boots are called the PREDATOR FREAK . The Freak is seemingly an updated version of the Mutators that were released last year. The PREDATOR FREAK was created to transform athlete’s play and to enable improved control on the ball. The demon skin technology that was introduced last year on the Mutators, have become even more crucial on this year’s edition. The Demon skin is actually a layer of rubber spikes on the surface of the boots that are calibrated to enhance the control of the player .PREDATOR FREAK features 360° coverage of this Demon skin. The Demon skin on the FREAK is computer calibrated by an algorithm , that has laid in a formation of the spikes on all the key contact areas of the boot. This makes sure whenever a player who’s wearing the FREAK touches the ball, the Demonskin technology will assist in the ball control and swerve of the ball. The placement of the spikes was further calibrated through direct elite player feedback who closely worked with the team at Adidas, making sure that the spikes are deliberately placed to enhance the touch, control and swerve. 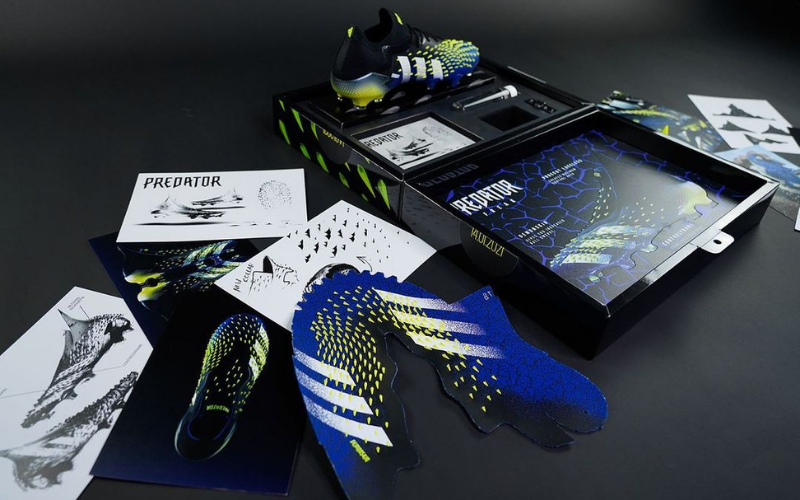 PREDATOR FREAK’s team looked to include a new transformed silhouette, which was the result of the new split-cut collar design. This allows greater movement of the feet, it also allows the shoe to be more adaptable for different foot shapes. After a lot of elite player feedback Adidas went for a slightly broader forefoot and broader entry that has resulted in a more comfortable collar. The collar is made of Adidas signature PRIMEKNIT, which was introduced with the Mutators last year. This offers a better entry to the shoe and gives a 360 lockdown effect near the ankle and midfoot areas. Adidas have introduced a new CONTROLFRAME layer on the sole of the boots, which gives the boot added traction and durability, whilst stabilizing the power of the wearer’s movements. These innovations have resulted in Adidas furthering their ambitions to help release the athlete’s natural ability, thus the FREAK are supposed to bring the superhuman out of you. 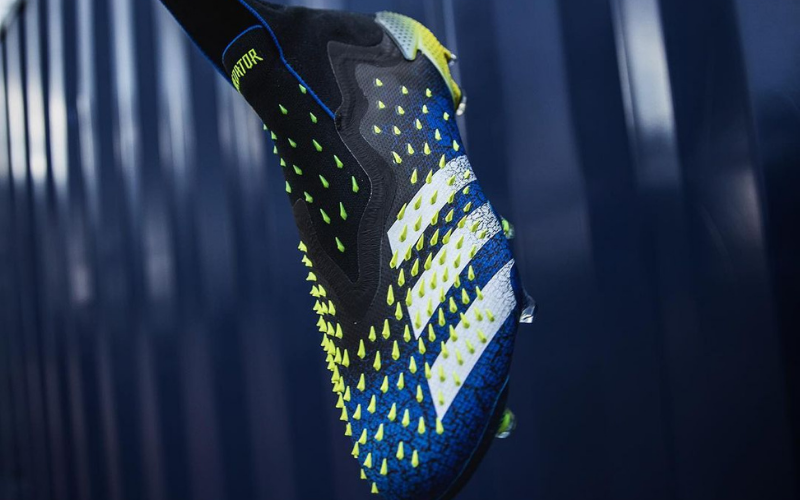 The FREAK ,has also been aesthetically updated drawing its inspiration from heritage designs, such as 1998 PREDATOR ACCELERATOR and the 2000 PREDATOR PRECISION. Luminous yellow DEMONSKIN spikes pop against a bright all-over blue colour-way, to round off the striking look a different route to the Predators legacy color scheme of red and black. 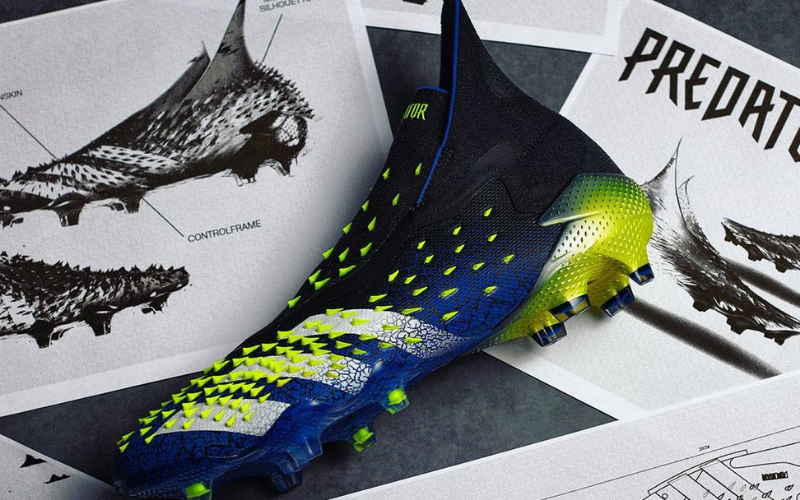 This season we can see players like Paul Pogba, David Alaba, Eder Militao, Toni Duggan and Wendie Renard, put the PREDATOR FREAK on, and put on show for us. A new exciting edition has also been made to the PREDATOR family this year in Marcos Asensio, who will be looking to get some game time with FREAK on his feet. 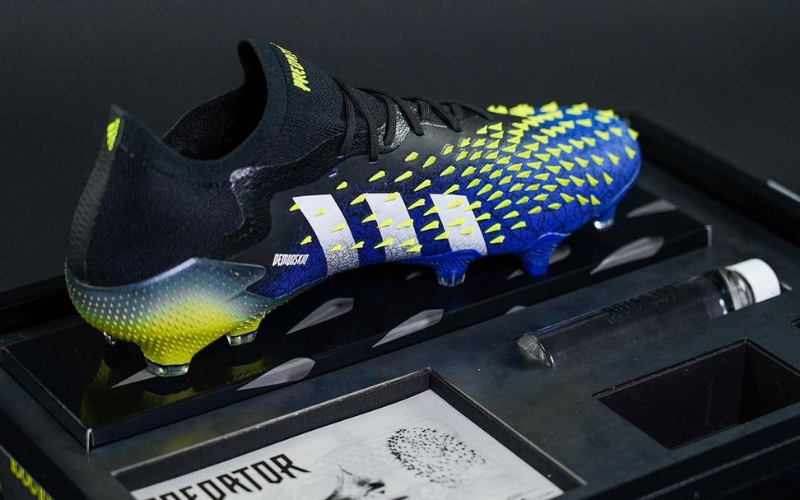 The new revolutionary design is set to change the football boot market, as the new additions are some fantastic practical innovations introduced by Adidas. Although they have not been released all over the globe yet, we can not wait to get our hands on the new PREDATOR FREAK, and can you blame us really?