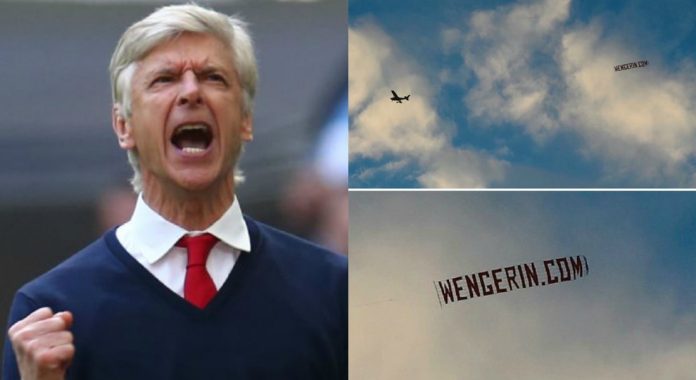 Arsene Wenger has faced the wrath of Gunners fans after Arsenal crashed out of the Champions League in humiliating fashion and a disappointing run of games in the Premier League which has now left them battling for a place in the top-four. 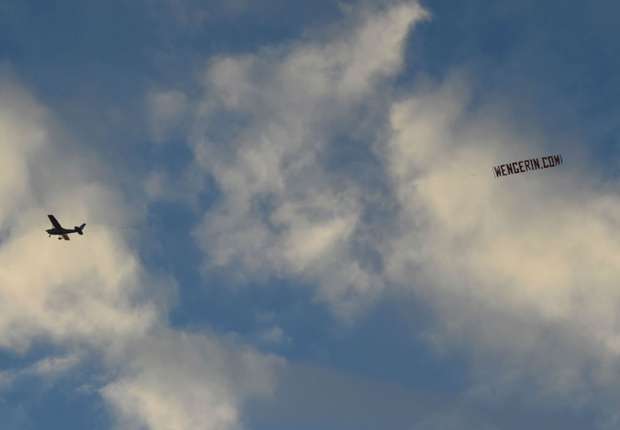 During the opening minutes of Thursday’s high-octane derby clash between Manchester City and Manchester United, a plane flew over the Etihad stadium, waving a banner that read – “WengerIn.com” 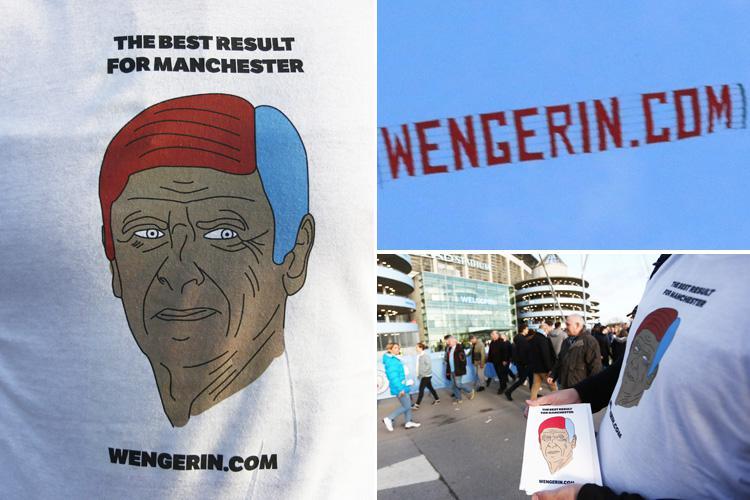 Wenger’s current contract with Arsenal is set to expire at the end of the season and now there are doubts over his future. Fans are divided, some want the Frenchman to stay and some want him out. 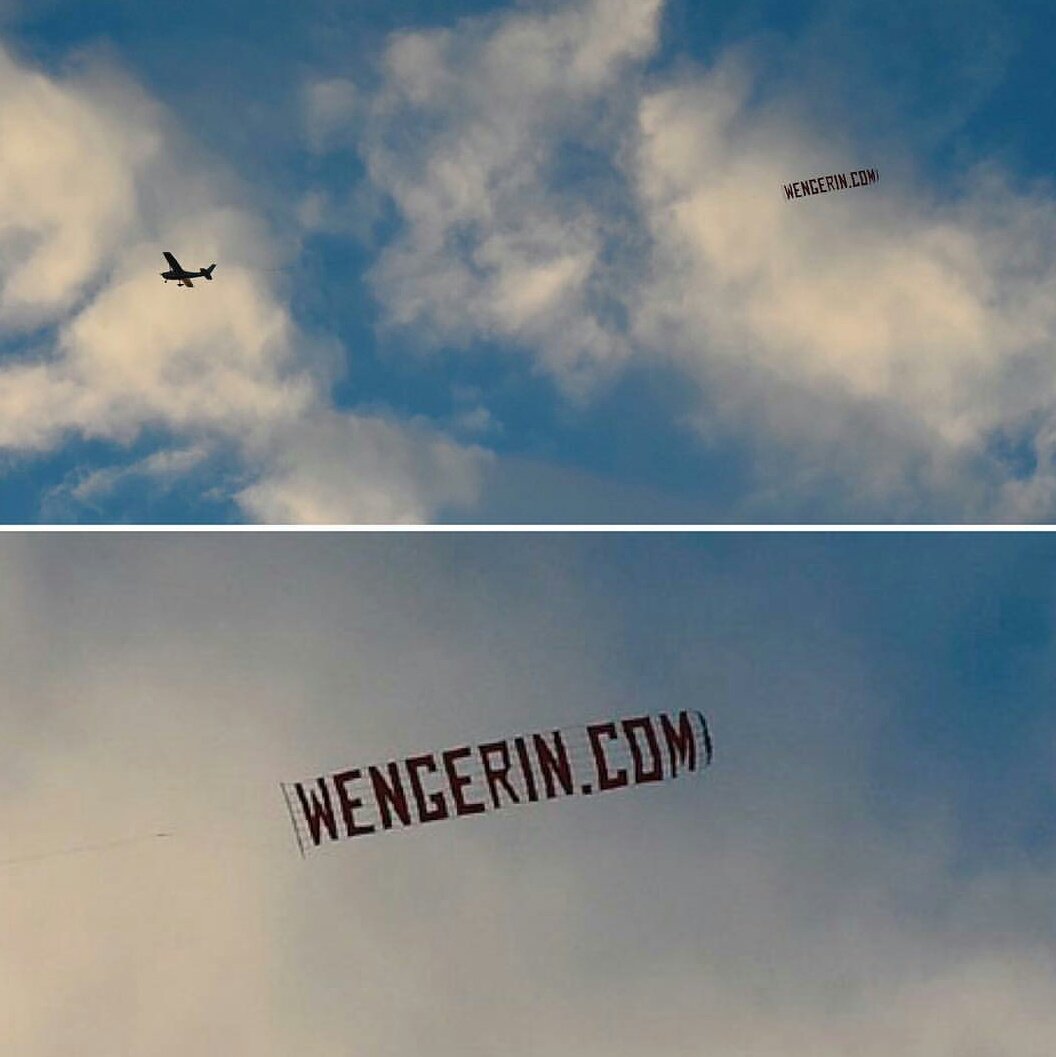 Shortly after waving the WENGER IN banner, the people behind the quirky stunt made themselves known. They were the organisers of Manchester’s Parklife festival.