Top Football Transfers News And Rumours Of The Day

Costa was left out of the Blues squad to face Leicester City by the Italian manager following a bust up. Diego Costa’s future now remains a doubt at the London club.

Huge Chinese offers for the Premier league’s top scorer has triggered Chelsea to look for possible replacements with Morata on top of their wishlist.

After Real Madrid’s transfer ban reduction, the Galacticos may be tempted to part ways with the back up striker.

Will Avaro Morata be a good signing for Antonio Conte? 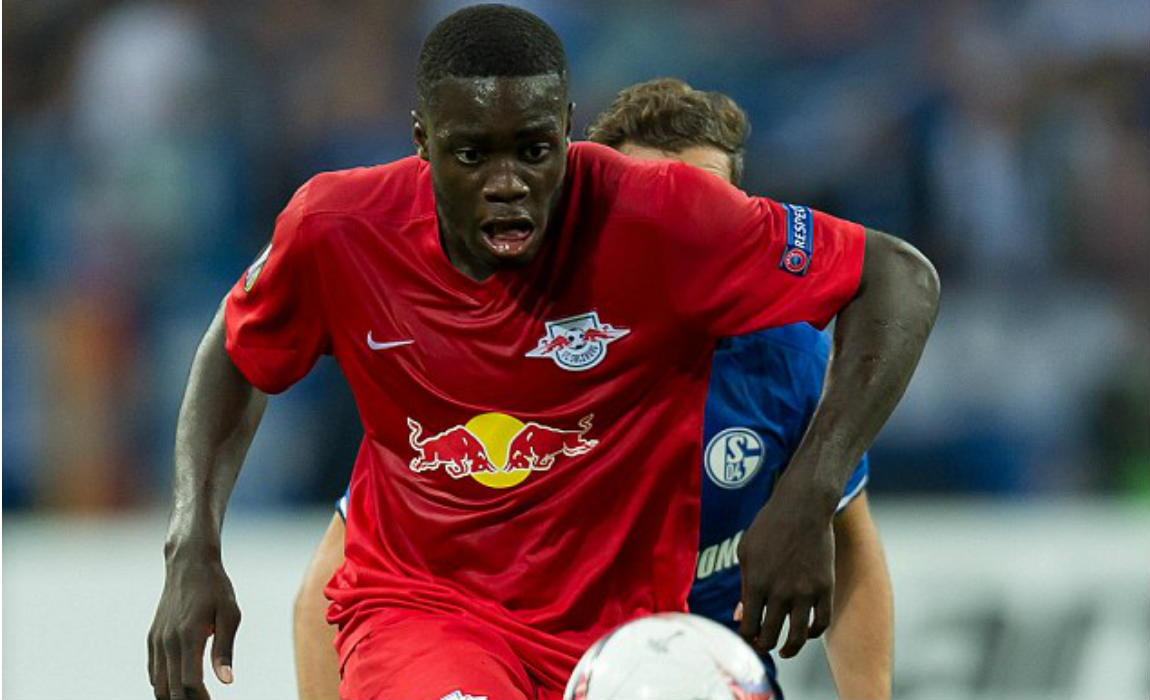 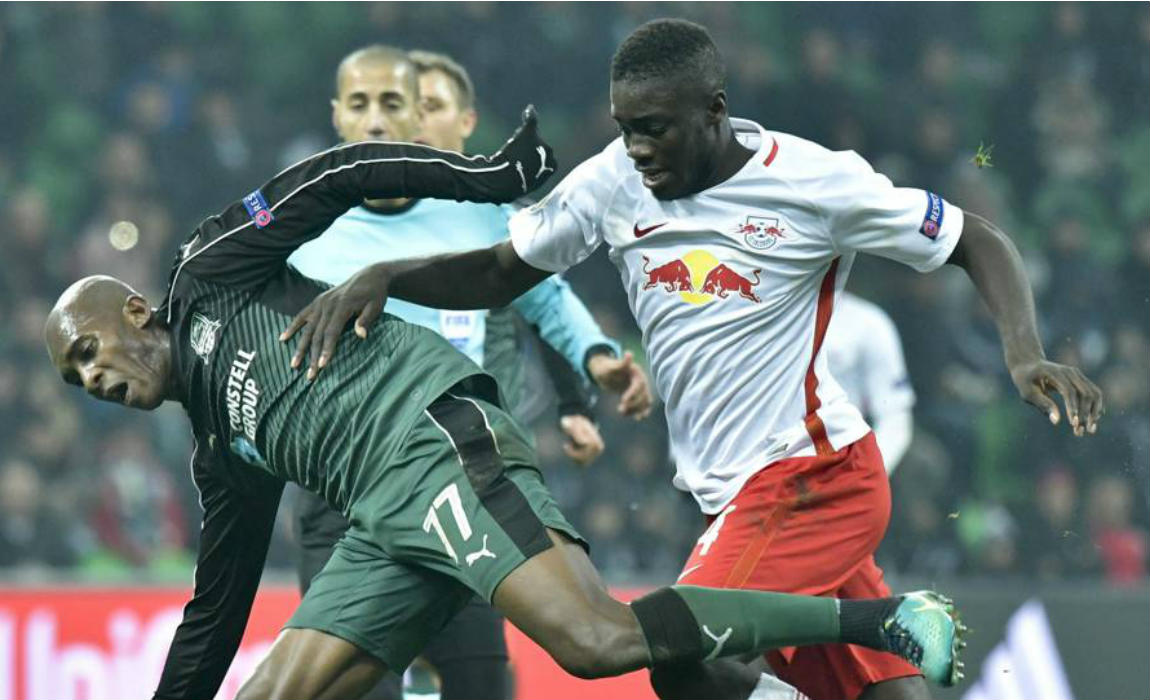 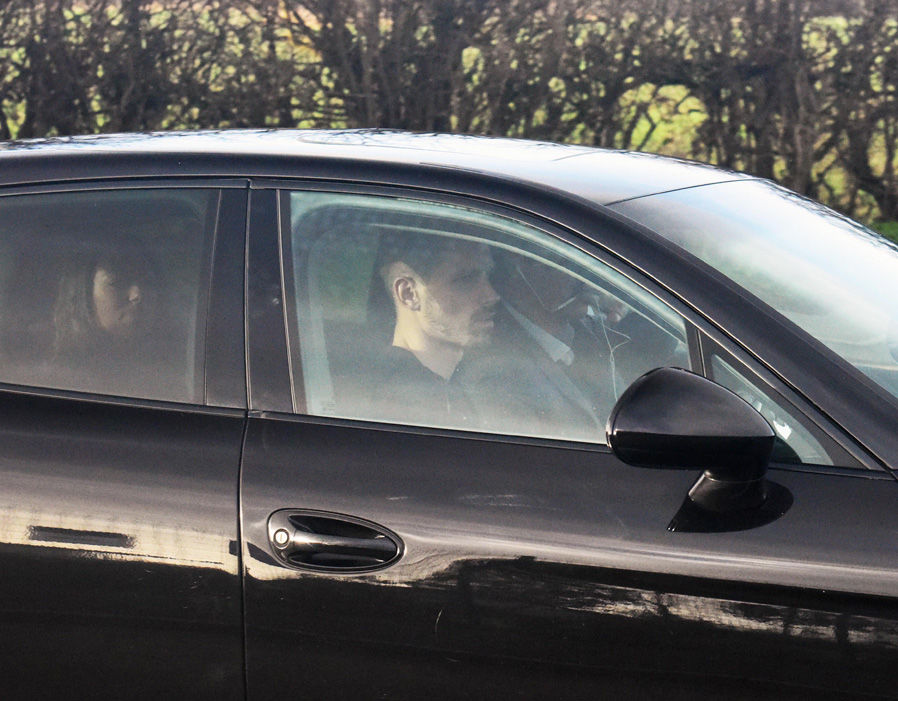 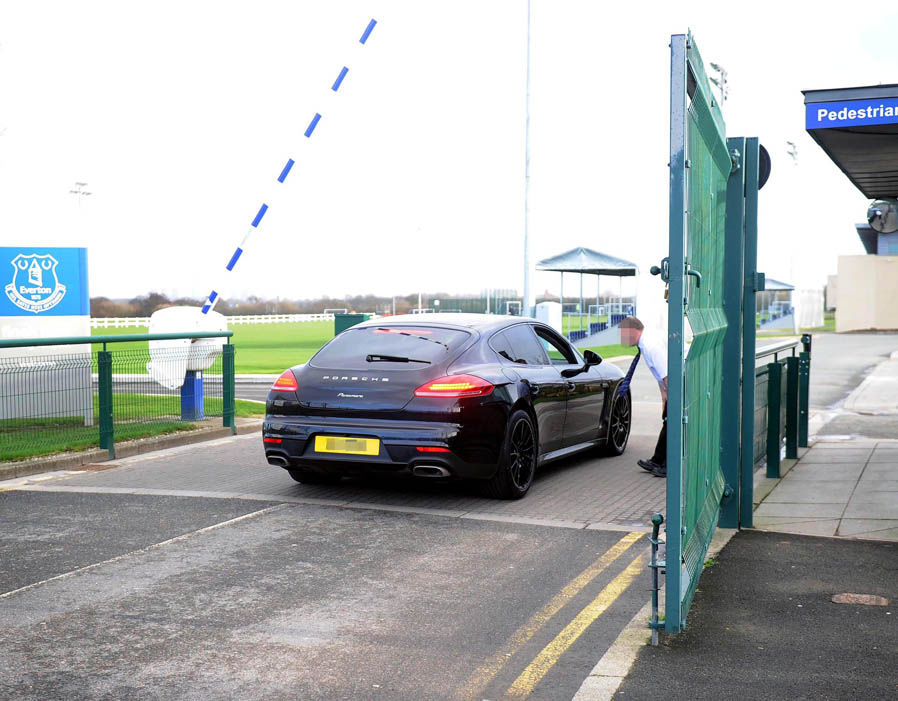 And Daniel Levy is now keen on breaking his strict wage structure to offer Dele Alli another new deal within a span of just one year.

And club Chairman Daniel Levy, who had earlier imposed a strict wage structure that saw Tottenham Hotspur players earning way less than their rivals, will now overrule his own decision in order to tie down their star Dele Alli.

In the last few years Levy had been reluctant to cross over the £100,000-a-week wage cap for any player. However, this season he has tied down Harry Kane and Hugo Lloris after offering them a higher wage packet. And foottheball sources now claim that Dele Alli is now on brink to sign another new deal with Spurs and will be the next Spurs player to take home a much higher wage packet.

Alli had joined Tottenham Hotspur from MK Dons in February 2015 for a transfer fee of only £5m. And now it is believed that the Spanish clubs would have to splurge a transfer fee of at least £70m in order to stand any chance of securing the signatures of the player. The English midfielder has also turned down a sensational £800,000-a-week offer to move to China. Tottenham Hotspur are now third in the Premier League table and seven points behind current league leaders Chelsea. Pochettino’s side are in good shape are looking forward to extend their 5-match winning streak. Alli also displayed incredible form after coming off the bench and guided Spurs to a comfortable FA Cup win over Aston Villa.

Alli had joined Tottenham Hotspur from MK Dons in February 2015 for a transfer fee of only £5m and since then he has signed new deals that saw his wage packet going up to £12,000-a-week, then £25,000-a-week. Later he signed another new six-year deal with the club in September that took his wage packet up to £55,000-a-week.

Alli said at the time: “I’m happy to be here and playing at Tottenham.”

“Personally I can’t think of anywhere better, with the fans, the manager we’ve got here and the young team. It’s a great place to be.” 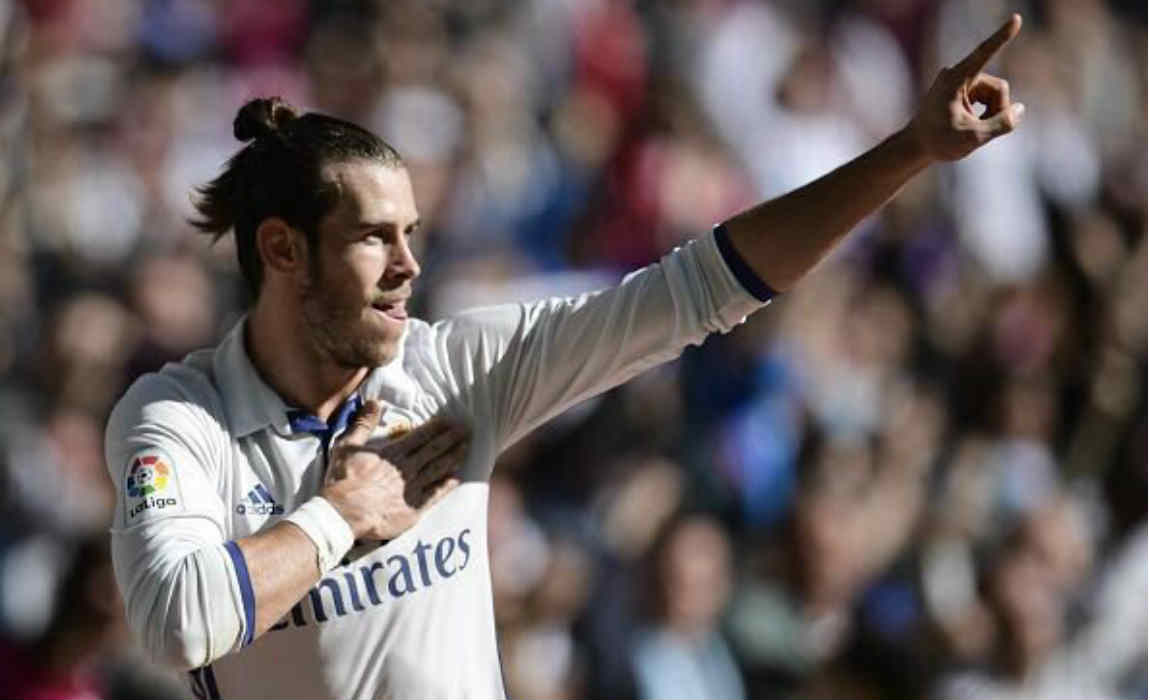 Foottheball sources claim the defending La Liga champions are keen on roping the services of the 28-year-old attacking midfielder.

However, the Spanish club would now face an uphill task to secure the services of Lallana, as the English midfielder is also under the radar of Serie A giants Juventus and Ligue 1 holders Paris Saint-Germain.

Lallana has displayed incredible form for Liverpool this season under German manager Jurgen Klopp. He has been consistent and guided Liverpool to the second spot in the Premier League table. Liverpool are still five points behind current league leaders Chelsea. Lallana has strong connection with Spain and has a Spanish grandfather. The English midfielder is also comfortable in speaking the Spanish language. And now the La Liga giants Barcelona have identified him as the perfect player to strengthen their midfield.

Ligue 1 club PSG have also been linked with a £40m move for the English player, but will face stiff completion form Barcelona and Juventus.

However, Lallana had earlier insisted that he was happy at Anfield under former Borussia Dortmund manager Jurgen Klopp and had no intentions of parting ways with the Premier League club. 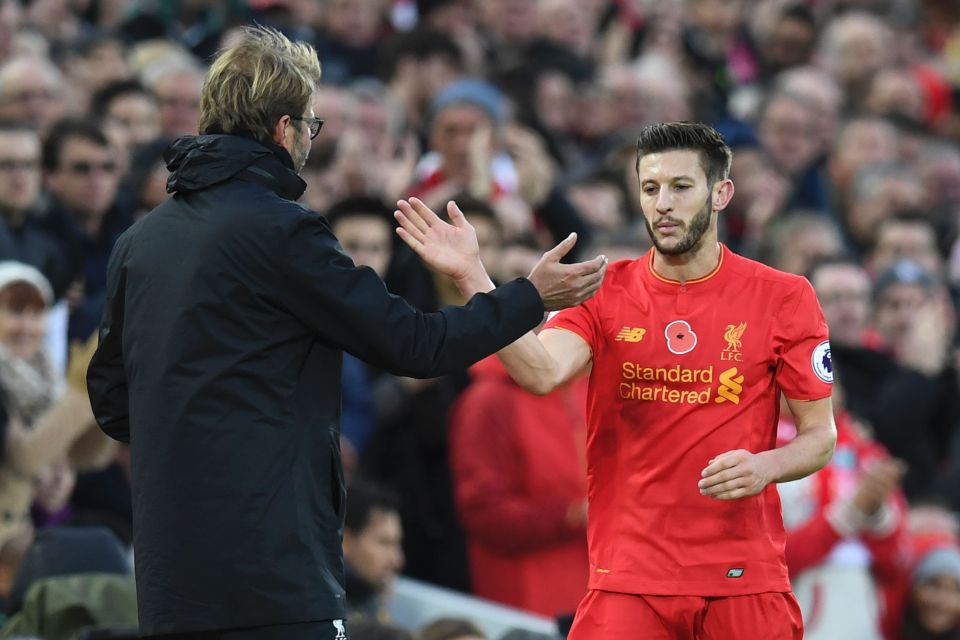 In December, Lallana said: “I love it here at the minute, especially since the manager has come in.”

“We have each other’s trust and you don’t always get that at clubs. The thought of leaving Liverpool has never entered my mind.”

“It’s a great compliment to be spoken of in the same breath as a club like PSG with those sorts of numbers.”

“But I’m absolutely loving my football at the minute under this boss and I can only see myself being here for the long term.” Earlier, Barcelona were desperate to lure away his Lallana’s teammate Philippe Coutinho from Liverpool but Jurgen Klopp had warned the La Liga club that the Brazilian is not for sale at any price.

Ivan Rakitic can make a move away from Spanish giants Barcelona as footttheball sources reveal that the Croatian player has been a part of a WhatsApp group ‘Juventus’ for the last five months. Foottheball sources also revealed that the trio has been trying their best to convince Rakitic to make a move to Serie A giants Juventus since last summer. 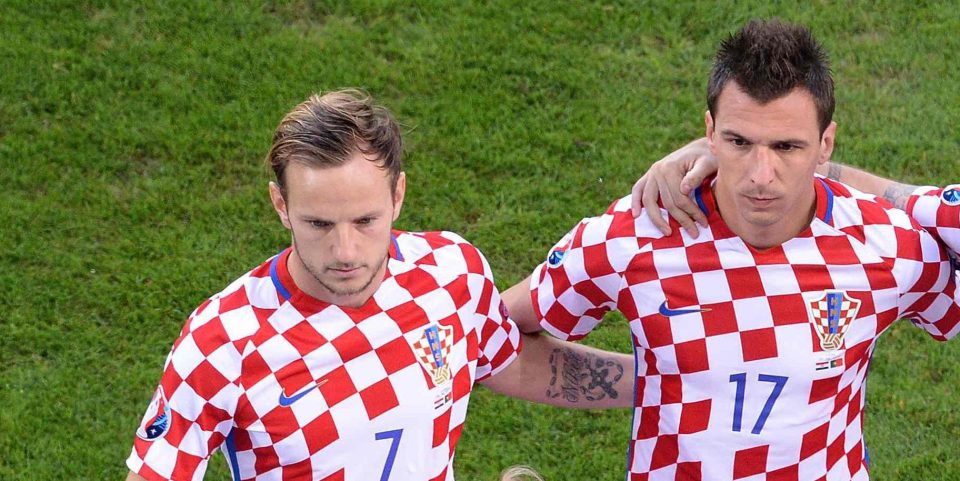 Rakitic has been continuously lured by messages depicting the incredible atmosphere in the Juventus Satdium and the feeling of brotherhood and solidarity within the dressing room.

And the other members in the WhatsApp group have been sending him selfies after their wins in the league and all other competitions.

Earlier, Rakitic had informed the Juventus stars that he wanted to stay put at Barcelona if Luis Enrique steps down as their manager in the summer.

But now the Barcelona boss came to know about what Rakitic told the Juventus trio about the on-going rifts within the Nou Camp dressing room.

And it is believed that Luis Enrique is not happy with the Croatian after he revealed the real picture of the Barca dressing room to his friends in the ‘Juventus’ WhatsApp group.

Luis Enrique dropped Rakitic in their 1-1 draw with Villarreal at the weekend despite the player having no injury issues. The Croatian has been under the radar of top clubs such as Manchester City and Juventus.

The ‘Juventus’ WhatsApp group was created after Pjaca joined Juventus from Dinamo Zagreb in the last summer transfer window.

Rakitic had joined Barcelona in 2014 as a long-term replacement for Xavi and since then he has brilliantly adapted to the philosophy followed at Barcelona. He has delivered several match winning performances and had opened the scoring in Barcelona’s Champions League final victory over Juventus, which completed their treble in 2015.

However, the Croatian has gone down the pecking order after the arrival of Andre Gomes and Denis Suarez in the last summer transfer window.

And it is believed that Juventus are now keen on roping in Rakitic in order to fill the void after Pirlo’s departure in 2015.