Tug Of War: Mahrez At Chelsea’s Hotel Despite Arsenal Interest 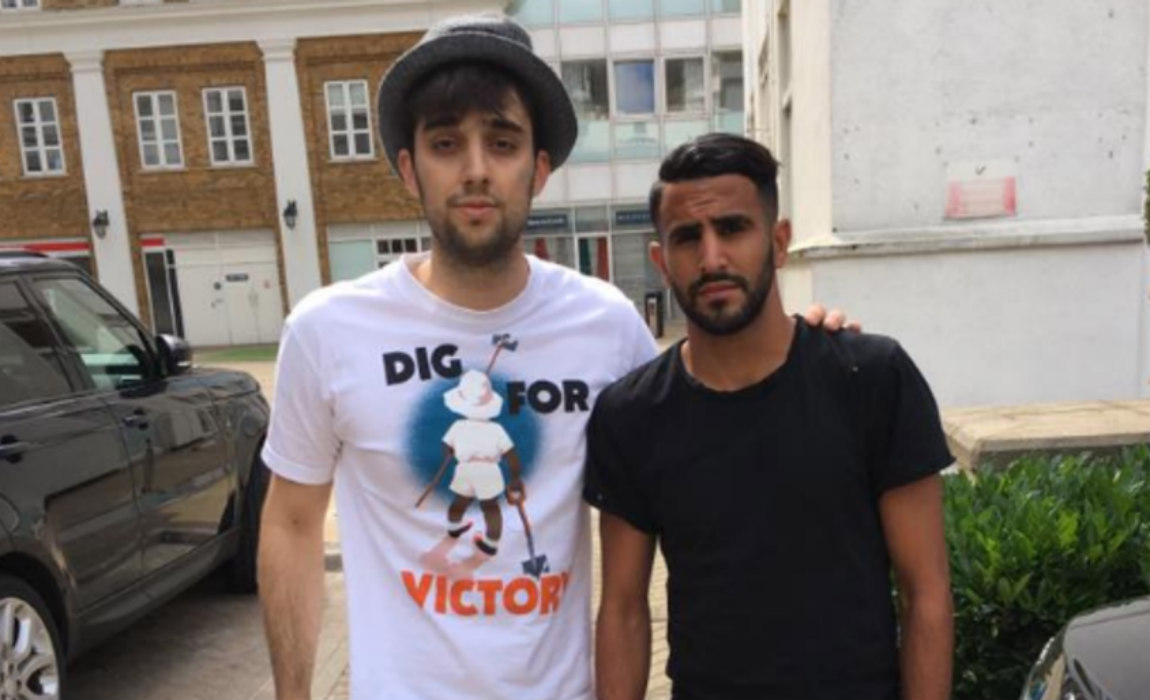 Premier League side Chelsea are interested in securing the signatures of Leicester City playmaker Riyad Mahrez despite Arsenal interest.

According to reports in the Daily star, Italian journalist Alessandro Schiavone spotted Riyad Mahrez in the Chelsea Harbour Hotel when he was interviewing new Chelsea manager Antonio Conte.

@MarkEBarden i don't want to spoil your afternoon but i met him @ chelseas official hotel where he checked in pic.twitter.com/KTqXC0khfN

Alessandro Schiavone bumped into Mahrez for a picture when the Algerian winger was checking into Chelsea’s ‘official hotel.’

The Italian journalist admitted that he was present at the hotel to meet Chelsea boss Conte, adding: “His agent to me: ‘Chelsea want Mahrez’”.

A picture showed Mahrez entering the hotel with a small suitcase. However, Schiavone said that he did not spot Conte and Mahrez together.

He narrated the entire incident in a series of tweets:

“I did NOT see Conte and Mahrez together. I saw Mahrez outside and Conte inside. And Mahrez did NOT speak. For the last time. I don’t know why Mahrez was there or if he goes to Chelsea. He didn’t speak. I only took a pic with him and thats it.”

THIS MAN who spoke to Conte when I arrived told me that Chelsea want Mahrez outside. and he looked credible. pic.twitter.com/T2zkA669Lx

“THIS MAN who spoke to Conte when I arrived told me that Chelsea want Mahrez outside.”

“And he looked credible.”

He looked credible, people. Definitely time to get those shirts printed up.

It is believed that the Blues have given up their chase for Lukaku after Everton has refused to lower down the asking price of of £75 million.

Riyad Mahrez was named PFA Player of the Year as he played a pivotal role in Leicester City’s Premier League Triumph with 17 goals and 11 assists to his name.