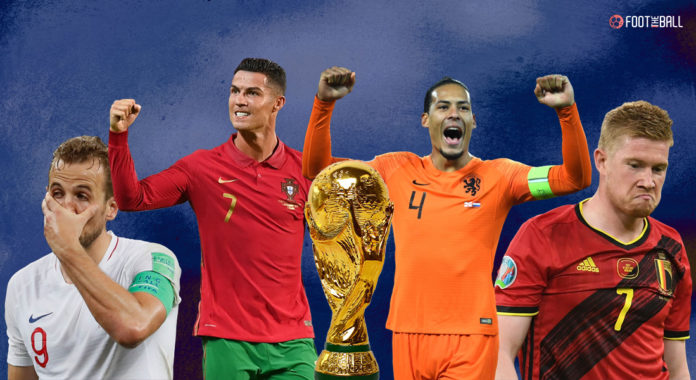 Well, we witnessed a great round of matches in the Nations League this week. With football ending in the major leagues, and the World Cup being held in the winter, fans witnessed all the major teams struggle against lesser opponents. Tournament favourites France and Belgium lost their matches while front runners Germany and Spain drew their ties.

Some of these results were unexpected and have shown that the teams need to gel better. However, it also provided an impetus to teams that have not been categorised as ‘the favourites’, hoping it could be their year.

Due to the tournament clashing with the regular football league season, teams will have less chance of preparing.

So, what did we learn from these rounds of matches?

Despite ticking the boxes in the qualification, the top teams appeared lethargic. For the most part, this lacklustreness was visible in the attacking third, where the teams failed to find that final pass or the final touch.

Germany’s match against Italy was a prime example. While Hansi Flick’s men got out of the trap early and pressured the Italian defence, they failed to score. Ultimately the hosts started to grow in the game, pressuring the Germans at their own game.

This led to Lorenzo Pellegrini scoring the goal after a brilliant assist from Wilfried Gnonto, with right-back Benjamin Henrichs caught off guard. Even the goals that Germany scored resulted from a lucky ricochet that fell kindly to Joshua Kimmich.

A couple of days ago, Wilfried Gnonto (2003) wasn’t even in the Italy squad.

Tonight he made his senior international debut vs Germany and provided a brilliant assist within five minutes of coming on!

His #NXGN profile from April: https://t.co/ITETreWq2M

The Spain-Portugal game reflected La Furia Roja’s semi-final clash against Italy at the Euro 2020. Spain were dominant for most part of the game but were frustrated by Portugal

Luis Enrique’s men are heavy favourites to add their second World Cup but will have to improve their performances massively.

The lack of cohesion

The biggest upset from all the matches in the Nations League was Hungary’s shock win over England. The Magyarok held out for a 1-0 win after Dominik Szoboszlai converted a penalty in the 66th minute after a foul by Recce James.

And the Hungarians created better chances, and it was some heroics from Jordan Pickford and Conor Coady that kept the score at 1-0.

Hungary defeat England for the first time in 60 years 👏 pic.twitter.com/Cl6OzmQX82

Debutant James Justin’s stay at the pitch ended early due to injury. And Jarrod Bowen provided a few of the positives for The Three Lions.

Another team to suffer a disappointing loss was World No. 2 Belgium. Roberto Martínez’s men were blown out of the park by a Netherlands team that looks ready for the World Cup. Memphis Depay scored a brace for the Dutch while Steven Bergwijn and Denzel Dumfries added one each. The star of the match was Barcelona’s Frenkie de Jong who put up a flawless display in the middle of the park.

The Dutch had failed to qualify for the tournament last time and will be looking to make a come back this winter.

In case you missed it: Who is Malcolm Ebiowei, Derby County’s teenager on Manchester United’s radar

Dark horses are in the race

The last World Cup saw the pinnacle of dark horse success as Croatia reached the final. The Vatreni were defeated 4-1 by favourites France but were applauded by everyone in the world of football.

And these results will give them further hope that another of the so-called dark horses could match Croatia’s run or even eclipse it.

Teams such as the Netherlands, AFCON champions Senegal, USA, Canada, and Switzerland (who topped their qualification groups ahead of Italy) are no pushovers and can give any world-class team a hard time on their day.

Denmark are another team who can spring surprises of their own. The bookies have ranked the 1992 Euro winners as the 10th favourite team. The Danes are also the group toppers in qualification and defeated World champions France at their own stadium to make their case even stronger.

🇩🇰 Starting off their #NationsLeague campaign with a win against the defending champions 💪 pic.twitter.com/2kesDRTfzZ

Even Cristiano Ronaldo and Finalissima winners Argentina have a chance at the cup as both Ronaldo and Lionel Messi have now a brilliant cast for support.

The last three World Cups have also seen the previous winners crash out in the group stage, showing how quickly a favourite becomes an underdog and a dark horse becomes a championship contender.

And things will only get more interesting in the knockout phase, where a single team could pull out a performance of their lifetime to knock out a strong contender.

If this does happen, then this match will serve as a reminder.

Do the favourites need to panic?

Well, the answer should be no. Yes, they should be concerned, but we must take into focus that all the players are coming off a gruelling season. Moreover, already qualified teams will also tinker a lot to try as many combinations as possible.

In addition, most teams that did not qualify have nothing to lose, which removes the pressure and allows them to play more freely.

And the schedule of the current World Cup might end up favouring the big teams more. Consider this. The usual World Cup cycle meant that the tournament started at the end of the league season. In this case, many players arrived with fatigue; some even missed due to being injured after playing so many matches.

But due to this year’s World Cup playing in winter, the players will play at least three months of club football before heading to Qatar.

The three-month period is a time good enough for players to get into a rhythm and at the same time not cause them much fatigue.

However, the Nations League results have shown some teams their weaknesses and some their strengths. Will the losers rectify their flaws and the winners keep their strategy intact. Well, only a winter in Qatar can answer that.