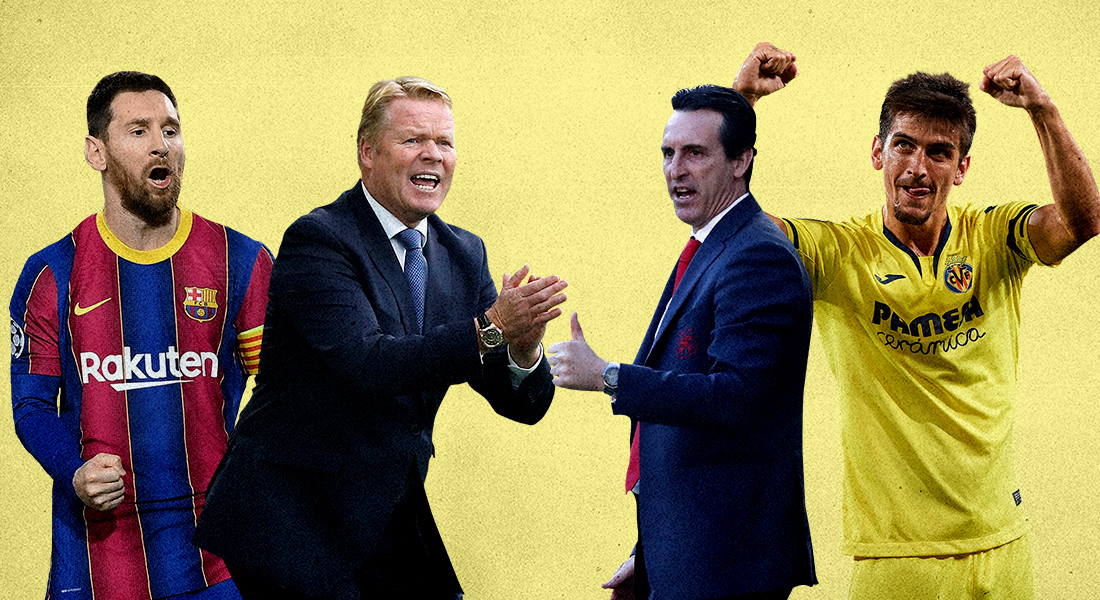 Barcelona are one of the three sides alongside Real Madrid and Juventus who have still not withdrawn from The European Super League. With all the speculation around them they go into a crucial fixture on the weekend against Villarreal where both the teams would be looking for the all crucial three points.

Barcelona are currently 3rd on the table, five points off the top with two games in hand. With Atletico Madrid to play in the coming weeks, every match is a must win for Barcelona. While Villareal are 7th, just off the Europa League spots, will be pushing Real Betis and Real Sociedad as we come towards the end of the season. Barcelona secured a 5-2 win over Getafe on Thursday while Villarreal suffered a 2-1 loss away at Alaves on Wednesday.

Villarreal will again be without the services of Pervis Estupinan and Vicente Iborra this weekend through injury. Emery is likely to make changes from the team that started in the mid-week fixture Deportivo Alaves, with Paco Alcacer, Sergio Asenjo, Mario Gaspar and Alberto Moreno all set to feature.

It is still expected to be a strong side, though, with Gerard Moreno and Samuel Chukwueze retaining their spots in the final third and Dani Parejo lining up in the middle of the park.

Aside from long-term absentees Ansu Fati and Philippe Coutinho – as well as doubtful backup goalkeeper Neto – Barcelona are well-stocked at a crucial time in the season. Gerard Pique forced his way back into the team for the Copa del Rey final, but Ronald Araujo may be given the nod in Koeman’s back three alongside Clement Lenglet and Oscar Mingueza given the quick turnaround in fixtures, with Dembele also set to miss out.

For Villareal, Gerard Moreno reached the 20-goal mark in La Liga with his strike against Levante last weekend, his 10th goal in eight appearances in all competitions. The Spanish forward has the best odds along side Lionel Messi to open the scoring in this highly anticipated match.

For Barcelona, Lionel Messi is the obvious player to look out for with the Argentine forward carrying his team almost one handedly to the La Liga title this season. The Argentine maestro scored two goals against Getafe in the mid-week taking his goals tally to 33 for the season in all competitions. With a contract extension on the cards, he will be looking to inspire his team to another big win.

You can't stop him, you can only hope to contain him. pic.twitter.com/LI5HesqWu2

It would be an obvious guess that Barcelona would look to dominate the game and are favorites to win this game with the form they have been in, only losing one out of their last eight games. It is a tough week or two for both Emery and Koeman. Villarreal play Arsenal next in the Europea League semifinal first-leg in the midweek and would want his players fresh for that battle. While Koeman needs to keep his team together during this entire atmosphere of instability.

Being said that you can never count an emery side out and Villareal is more than capable of giving Barcelona a surprise punch denting their La Liga title dreams but with Messi in inspired form, FootTheBall says, Villareal 1-3 Barcelona