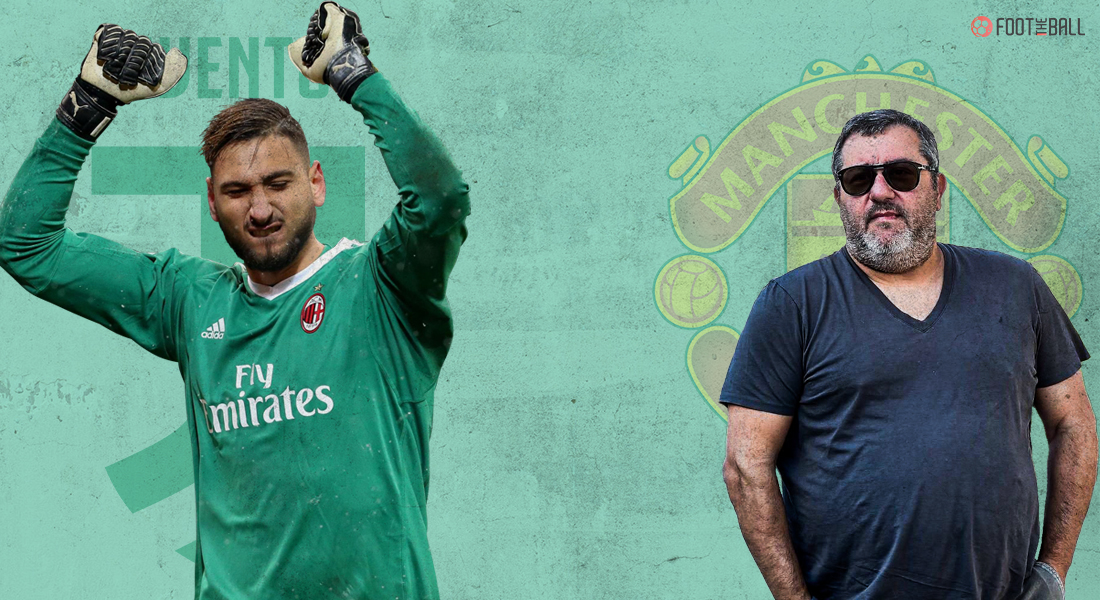 The end of the Italian top-flight has been followed by a flurry of managerial outgoings and incomings. With three of the top five in Serie A having new managers for next season, it might be easy to forget the transfer market is just around the corner for players. One player who will definitely be involved in some serious transfer speculation and rumours is Italy number one Gianluigi Donnarumma.

At 22-years-of-age, he has now made 264 senior appearances and kept 95 clean sheets.

His stats at the end of his career are going to be insane. 🧤 pic.twitter.com/FXof1OdPSt

The 22-year-old has been at AC Milan for more than five years now, having debuted in 2015. Since then he has gone on to make 250+ appearances for the Rossoneri, and more than 90 clean sheets. 14 of those came this season as he helped the club finish second in the table and clinch Champions League football after seven years.

Though he was expected to stay on and negotiate a new deal, financial discussions have hit a snag. Reports of him and his agent Mino Raiola wanting exorbitant agent fees have led to the club signing Ligue 1 Golden Glove winner Mike Maignan.

The departure of Donnarumma was announced by sporting director Paolo Maldini, who said the goalkeeper will become a free agent when his contract expires next month. Some serious bidding war is expected for the extremely talented and very young player, as FootTheBall looks at some of the possible next destinations for the ace.

The front-runners to sign Donnarumma, who have had an underwhelming season. Despite winning the Coppa Italia, manager Andrea Pirlo was let go with Max Allegri being brought back. Furthermore, veteran icon Gianluigi Buffon has also left the club after a stellar career with the Old Lady. With Wojciech Szczesny as the club’s number one currently, signing Donnarumma will be a job well done.

Could Gianluigi Donnarumma be following the footsteps of Gianluigi Buffon to Juventus?

Szczesny has had an underwhelming season, with just five shutouts in his 30 appearances. The Pole has been a steady hand since his joining, but Donnarumma will be a clear upgrade. Coupled with the fact that the latter does want to stay in Italy if possible, the former champions do have the capacity to get a deal for the player.

The Spanish giants have had an underwhelming season as well, finishing third in La Liga. With Marc Andre Ter Stegen set to miss the European Championships and new President Joan Laporta promising a better future, this move seems like a win-win for everyone involved. Not only will the Blaugrana get a goalkeeper who will only get better, but this signing will also make a serious statement of their future ahead as establishing themselves in the conversation of the best clubs.

The only hindrance could be the money factor. Barcelona are in dire financial situations, having to take a huge bank loan last month to pay players’ wages and bills. Laporta has promised that he will be doing all he can to better the club, and they have signed free agents Gini Wijnaldum and Sergio Aguero. However, the wage and agent fees for Raiola may prove to be a bridge too far.

The Red Devils have had their own saga with goalkeepers this season. David De Gea, the number one for almost a decade, was dropped towards the end of the season for league matches. His deputy, Dean Henderson started and performed admirably throughout. De Gea returned for the Europa League final and conceded 11 penalties in the shootout while missing his own, giving the trophy to Villarreal. He was lambasted for his performance and lack of confidence, with many feeling the Spaniard is very likely to leave before next season.

If De Gea does go, Donnarumma will be a fantastic signing for the club. He and Henderson will be good competition for each other while new signing Tom Heaton is also in the mix. However, as with Barcelona, money can be an issue with the Glazers being notoriously famous for not spending enough.

Furthermore, United and Raiola have a chequered relationship due to the agent representing Paul Pogba as well. Raiola has often commented how bringing Pogba was a mistake and that the Frenchman will leave very soon, so it remains to be seen if the parties can work around that.

The French giants can be another favourite destination for the free agent. Their current number one Keylor Navas is 34-years-old and Donnarumma will be a fine addition to a whole litany of stars. Money is no issue for the club and their transfer policy has always been to go after the best of what is available in the market.

However, they might have to resolve their managerial situation first. Reports emerged yesterday that Mauricio Pochettino wants to leave, amid speculation of him returning to Tottenham. The Argentine only joined the club in January and led the club to Coup de France success. However, losing the league and getting knocked out in the semi-final of the Champions League may have rendered the relationship between coach and owners untenable.

The Champions League winner can be another potential destination. Edouard Mendy has performed brilliantly for the club and has cemented his place as number one. That may mean record-signing Kepa could be allowed to leave the club in the upcoming transfer window. The Spaniard has seen his minutes on the pitch drastically reduced over the course of this season.

Chelsea could snap up Gianluigi Donnarumma on a free transfer this summer #CFC https://t.co/h2ODa3xwPL

Chelsea have always been big spenders in the market since the arrival of Russian owner Roman Abramovich. They are already being linked with a whole host of big names, and the deal for Donnarumma will be the latest in a line of lavish signings by the London club.