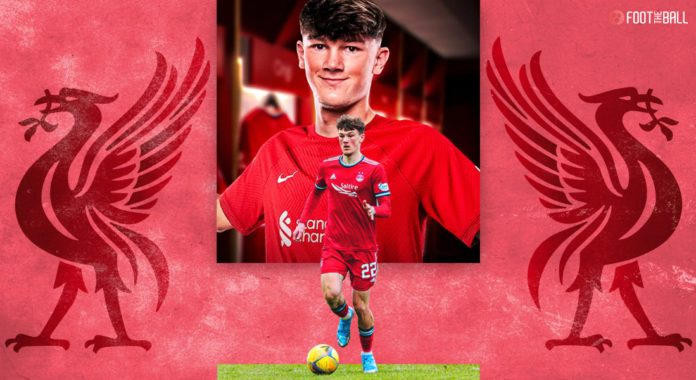 Andy Robertson, Sadio Mane, Kostas Tsimikas and many more. The common thing among all these players is that they were relatively under-the-radar players. Then Liverpool and Jurgen Klopp happened. Under the mercurial coach, they unlocked another level to their game. Now, most of these players are world-class, some on the cusp of it. The next name on this list is Calvin Ramsay.

We are delighted to announce the signing of @calvinramsay03 from Aberdeen, subject to international clearance.

Liverpool have sealed the deal for the transfer of the 18-year-old Right-Back from Aberdeen. So, who is Calvin Ramsay, and why was he on Liverpool’s radar? Let’s find out!

Who is Calvin Ramsay?

Calvin Ramsay is a highly-rated 18-year-old RB from Aberdeen. He came through the ranks of Aberdeen to make his debut in March of 2020, aged just 16.

It’s the age of wonderkids: Here’s all you need to know about Endrick Felipe, Brazil football’s 15-year-old superstar

The hype around Calvin Ramsay was high since his academy days. Having made his debut under caretaker manager Paul Sheerin against Dundee United, Ramsay made a further five appearances that season.

The recently finished season, however, was truly the moment Calvin Ramsay explode onto the professional football scene. He made 22 appearances in the league in a breakthrough campaign personally.

Calvin Ramsay played a huge role in Aberdeen finishing 4th in the table, no mean feat for an 18-year-old playing in his first proper professional football season.

So, how good can Calvin Ramsay become? If Liverpool are interested in you, there’s certainly a good player there. Becoming a fixture in the first-team at the age of 18 in Scottish Premiership is nothing to scoff at.

He is regarded as one of the best talents Scotland has produced in recent years. His sterling performances in the league last season led to him winning the Scottish Football Writers’ Young Player of the Year award. He made a tremendous impact in European football this season as well.

Liverpool probably see a bit of a right-footed Kostas in Calvin Ramsay, given his set-piece taking and crossing. And therefore also a bit of Alexander-Arnold. pic.twitter.com/7N2MoCU2Mo

He has a propensity of fouling a bit too regularly but that is just youthful exuberance at this point. Under a world-class manager like Jurgen Klopp, that could soon be ironed out. Moreover, Ramsay would be learning under the wings of Trent Alexander-Arnold, himself a world-class attacking RB. There could be no better environment for Calvin Ramsay to flourish under.

Calvin Ramsay’s stats make for exciting reading for Liverpool fans. The attack-minded RB has shown maturity beyond his years when it comes to taking up positions in the attacking half. That understanding of the game has led to him being one of the most productive full-backs in the entire Scottish division.

Calvin Ramsay for Aberdeen this season:

Looks all but set to be Liverpool’s newest man — top signing 🏴󠁧󠁢󠁳󠁣󠁴󠁿 pic.twitter.com/NDr1rJDBG2

Ramsay finished the 2021-22 season with five goals and an assist from the right-back position. He wasn’t a nailed-on started at the beginning of the season. However, his performance in the limited time he received at the beginning of the season made him impossible to ignore. By the end, he had been in the starting eleven 58% of the games (Source: Transfermarkt), playing 52% of all available minutes in the league.

Calvin Ramsay made 6 appearances in UEFA European Conference League and assisted four times! That sort of attacking output marks him out as a perfect modern full-back, especially in Jurgen Klopp’s system.

As said earlier, Calvin Ramsay is the ideal attacking full-back. No longer is the role of full-back that of a ‘failed winger’. They are expected to be the first attackers in that phase of the game. Klopp’s Liverpool played a big part in this revolution and Ramsay fits right in that trend. Having double figures in assists in his age-18 season shows his style of play.

With Neco Williams interesting other PL teams, Calvin Ramsay will be immediately a part of the first team at Liverpool. From then on, he can be as good as he wants to be. That is the sort of ceiling he has.

He will definitely get opportunities to impress in cup competitions at the outset. Trent Alexander-Arnold is the undisputed first-choice at the club and learning from him will do wonders for Ramsay’s game. There could have been no better team to join for Ramsay at this stage of his career.

Liverpool have made a habit of playing it smart in the market to catch up with City’s juggernaut and this signing should continue that trend.