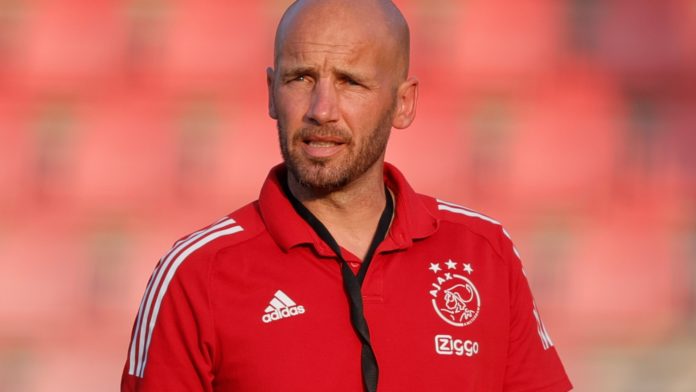 Manchester United will begin the new season with a new manager in Erik Ten Hag. The Ajax manager was named as the manager on April 21, 2022, and will have a challenge on his hands as he takes an ageing Manchester United side that finished the season with its worst point haul ever in the Premier League era. While the limelight has been on the Ten Hag, another individual recently caught the media’s eye. That man is Mitchell van der Gaag, who is heavily tipped to join Ten Hag as an assistant.

Gaag’s appointment is a part of a slew of changes in the backroom staff at Old Trafford. Former assistant to Alex Ferguson Steve McClaren has also been touted to become the assistant manager to Ten Hag.

So, who is Mitchell van der Gaag?

Who is Mitchell Van Der Gaag?

Mitchell van der Gaag started his career as a defender in his home country, the Netherlands. He played for PSV from 1989-to 1994 before joining the Scottish side, Motherwell, before returning to the Netherlands to play for Utrecht. After representing the club for four years, he joined the Portuguese side Maritimo, where he would spend five years and have the most appearances as a player (!54).

Read More: Not time for Erik?

Gaag started his coaching career at his former club, Maritimo’s B team. And following Carlos Carvalhal’s dismissal, he was promoted as the manager to the senior side. His debut campaign was terrific as he helped the team get fifth place.

However, a disappointing Europa League campaign where they were eliminated in the group stage meant he got the sack.

His next job was at another Portuguese club Belenenses, where he spent two years before taking a leave of absence due to heart problems.

After this, he moved back to his home country, where he first took a job at PSV, followed by Excelsior.

In case you missed it: Bundesliga Team of the Season 2021/22

After leaving Excelsior, he joined NAC and, in 2019, landed a job at Ajax Jong. It is here that he met Ten Hag. Two years later, he was made the assistance at Ajax to Ten Hag. He is considered his right-hand man and is also responsible for giving inputs in strategies and formation.

Gaag was spotted besides Erik Ten Hag during United’s final match of the current season against Crystal Palace. This confirms that he will be at the dugout beside the manager at Old Trafford from next season.