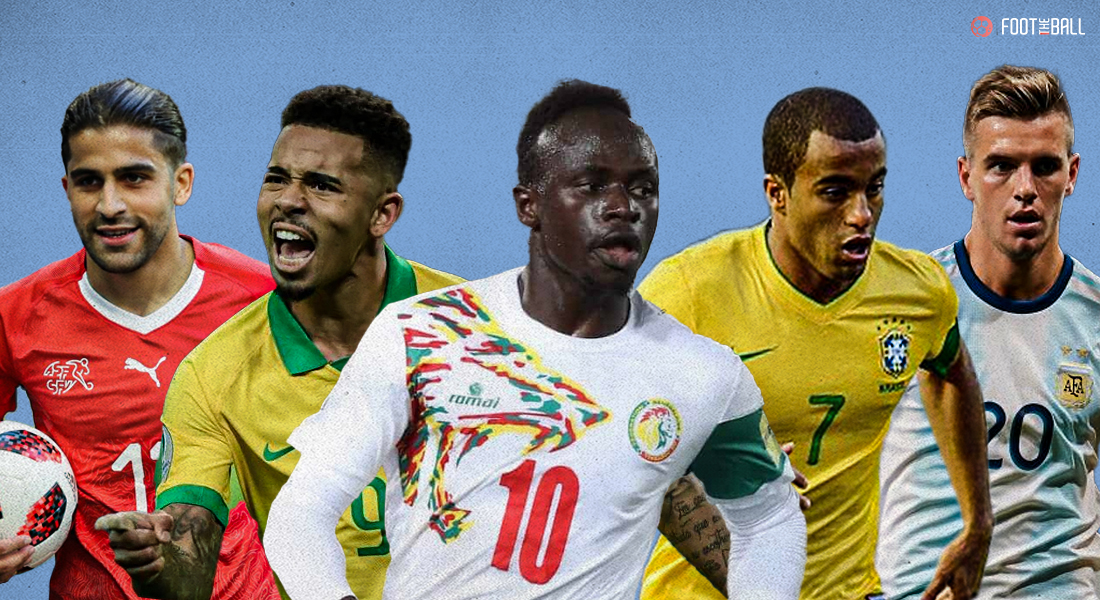 The world’s biggest sporting event, the Summer Olympics is here and the most followed sport in the world, football is one of the major events, as it has been since the start.

It has started off on the bright side, with Brazil routing a young German side 4-2, while there have been many surprising results on the first matchday itself such as Mexico’s 4-1 win over France, Argentina’s shock 2-0 loss to Australia and Egypt holding a star-studded Spain to a 0-0 draw.

The football event at the 2020 Tokyo Olympics is certain to give us some breakthrough stars before the end so why not discuss those who had broken through in the previous editions of the Summer Olympics.

Here is FootTheBall bringing out ten names who can be described as breakthrough stars from the men’s football at the Olympics.

Sergio Aguero was one of the earlier ones in modern-day football who had hugely benefitted from the performances at the Olympic Games, and in his case, the 2008 Olympics in Beijing. The Argentine striker, who was a youth product of Independiente, has moved to Atletico Madrid in 2006 but had to bide his time at the Estadio Vicente Calderon.

Although he did become one of the main players of the club during the 2007-08 season, it was after the 2008 Olympics that the diminutive forward had caught the eyes of fans worldwide.

Along with the likes of Lionel Messi, Angel Di Maria, and Javier Mascherano, Aguero played a huge role in helping Argentina win their second consecutive gold medal in the Olympics, including the two quick goals against Brazil in the semi-final. 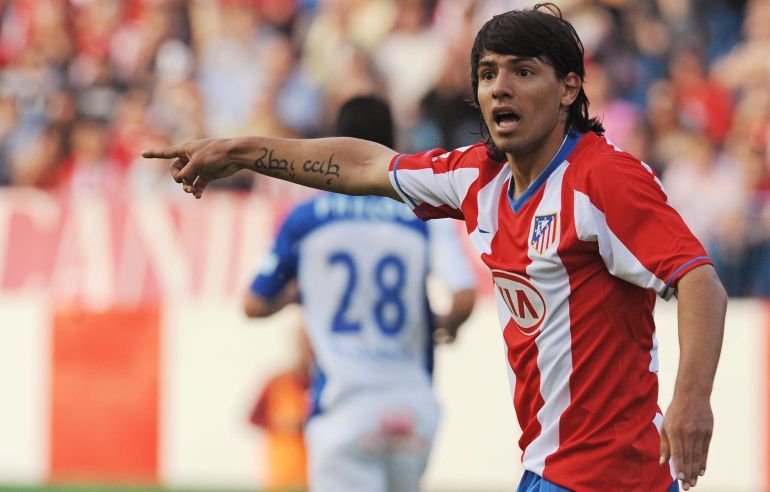 After the event, Aguero became the main striker alongside Diego Forlan and subsequently got his big-money move to Manchester City, where has now become a club legend after ten trophy-laden years in England.

Arguably the best player of the men’s football event at the 2012 London Olympics, Neymar was getting plaudits from many parts of the world after his displays in Brazil that saw him win the South American Footballer of the Year award in 2011. But it was the Olympics that made people look at him and get mesmerised with his skills and tricks. 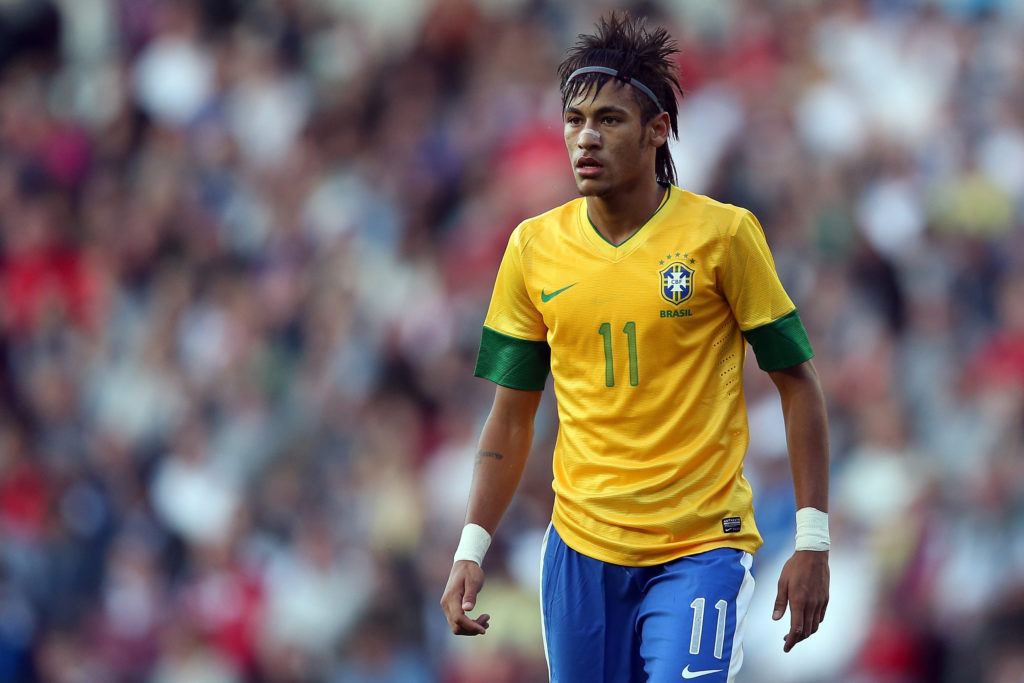 After registering three goals and three goals in the games and ending the tournament with a silver medal, Neymar once again won the award for being the South American Footballer of the Year in 2012, which very much helped him achieve his move to Spanish giants Barcelona.

His story since his days at the Nou Camp is a known story to everyone, after all, he is the most expensive player in the history of association football after his signing with Paris Saint-Germain for €222 million in 2017.

The current captain of Arsenal, Aubameyang had started off his youth system at Nice but changed a number of clubs before settling at AC Milan at the age of 18 but he did not make any appearances for the Rossoneri as he was sent on loans for four consecutive seasons. 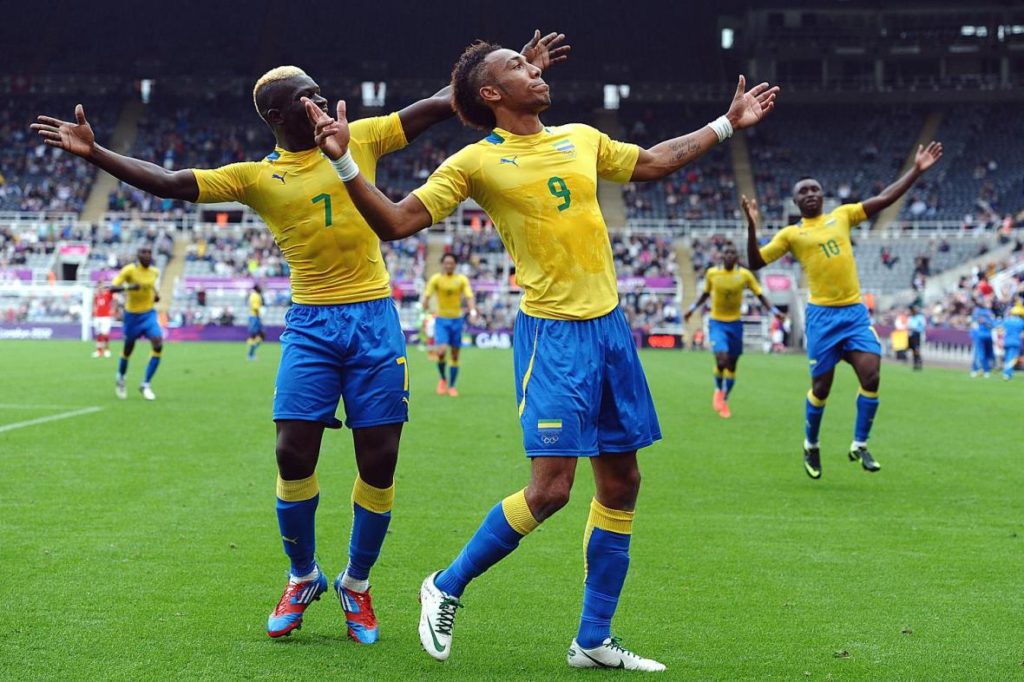 After moving to Saint Etienne permanently in 2011, the striker found it difficult to nail down the starting spot at the beginning of the 2011-12 season and was finally able to start regularly by the end of the season and getting on the plane to represent Gabon at the 2012 Olympics. Aubameyang celebrating after scoring for Saint-Etienne during the 2012-13 season. (Image Courtesy: UEFA / Website)

It was here that his breakthrough happened as he scored Gabon’s first and only goal to date in the men’s football of the Olympics and had put in encouraging performances in all the games.

That saw him invigorate in the 2012-13 league season, as he finished second in the goal-scoring charts, behind Zlatan Ibrahimovic, earning him a move to Borussia Dortmund in the summer of 2013, where he has blossomed into one of the best strikers in the world.

Vincent Kompany is perhaps, the only player in the footballing world to have directly or indirectly used his non-playing in the Olympics to secure a move after the end of the sporting event.

The Belgian, who came through the ranks at Anderlecht, was winning the plaudits of being a promising defender at a very young age. He moved to German club Hamburg in 2006 but an Achilles injury had ruled him out for the majority of his first season in Germany. He returned the following season and featured 37 times for Hamburg, before being called for the Olympics squad. 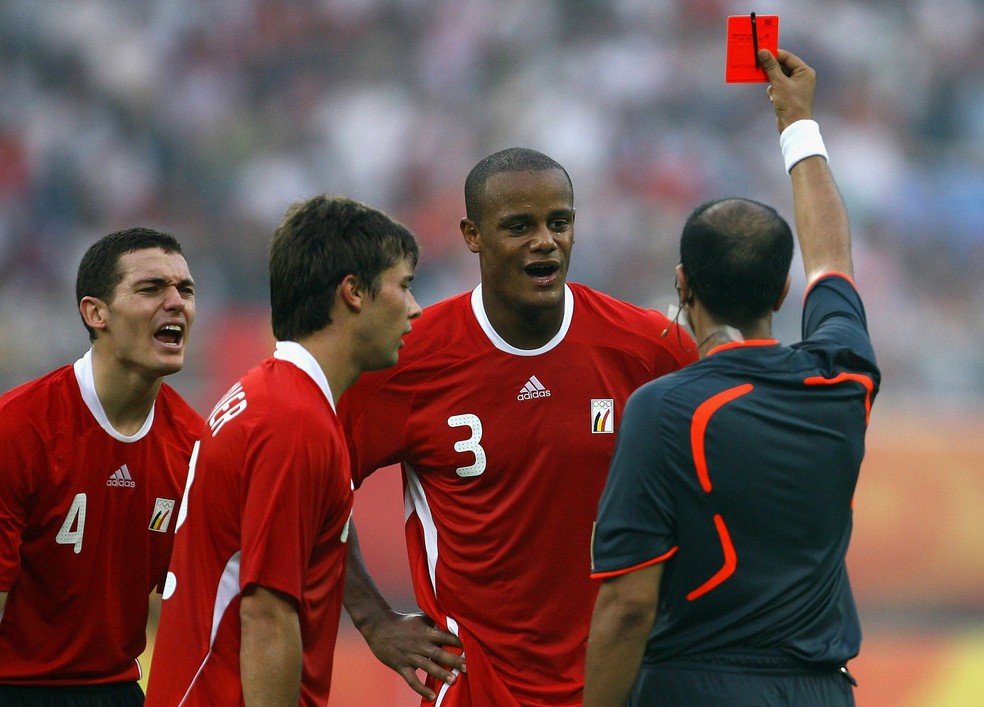 Initially, the club refused to release Kompany for international duty but later on allowed him to play only two group games. His red card in the first group game had ruled him out for the second group game and due to the turn of events, Kompany decided against returning to Germany in hope of playing the last group game to help his country qualify for the knockout stages. But Hamburg maintained their stance that he had to return, and the Belgian FA decided to release him. 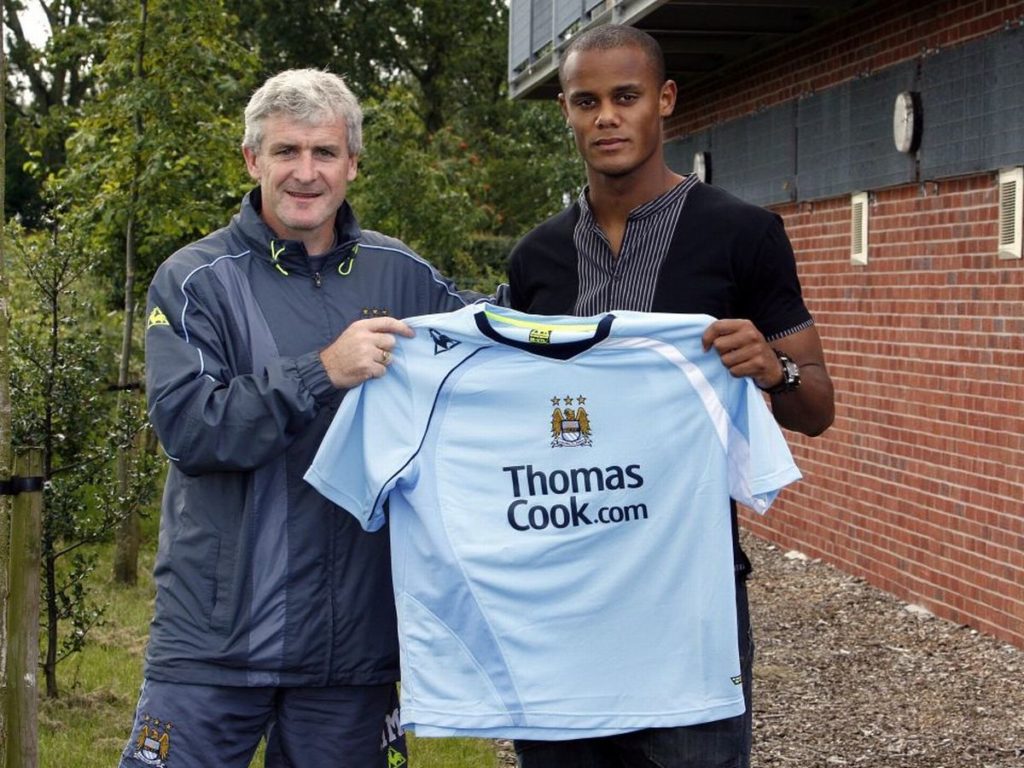 This decision had created a tumultuous relationship between the club and the player, who finally left Germany to join long-term admirers Manchester City in the summer of 2008.

An edition senior to the other additions in this piece, Neymar and Lucas Moura, Thiago Silva had been called up to the Olympics squad on the back of his strong performances for Fluminense in the Brazilian Serie A. 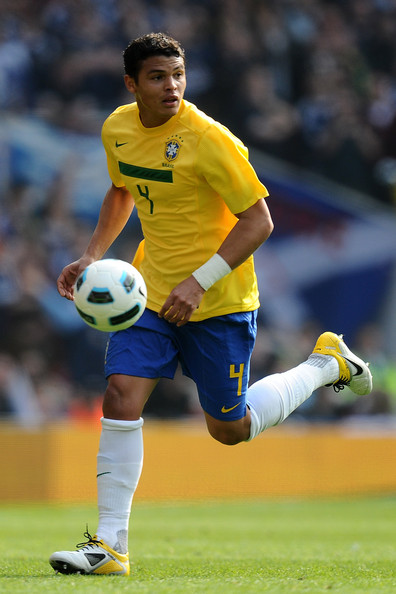 Thiago Silva, for Brazil during the 2008 Olympics in Beijing. (Image Courtesy: Olympics / Website)

And although he had featured for two matches in the whole event where Brazil won the bronze medal, those, along with the performances for Fluminense in the domestic circuit were enough for AC Milan to pull the plug and acquire the services of the defender in January of 2009. 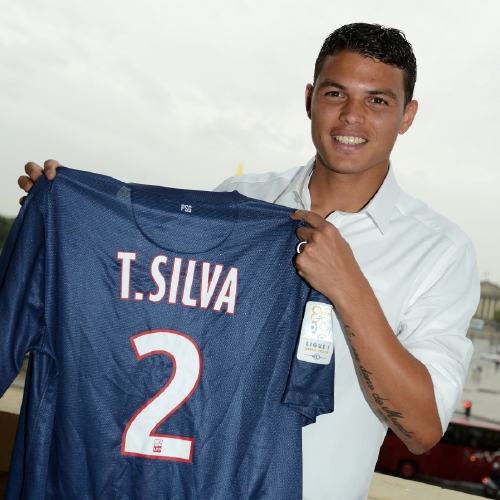 In Italy, Silva went on to become one of the revered defenders of the modern game and was even proclaimed as the best centre-back in the world during his move from Milan to PSG, when he became the world’s most expensive defender, in 2012.

A product of the Corinthians youth academy, Lucas Moura had featured for the senior side for the first time in 2010 and had stamped his authority in the Brazilian Serie A with his showings, due to which he was called for the 2012 London Olympics. 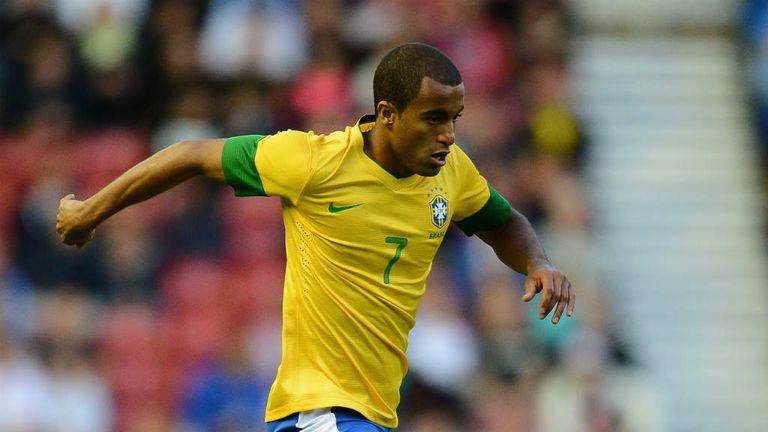 Lucas Moura, in play for Brazil at the 2012 Olympics in London. (Image Courtesy: Olympics / Website)

Along with Neymar, the right-winger had helped Brazil reach the final of the event but had to settle for the silver medal, but the performances at the biggest stage of sport in the world were enough for clubs to undergo a bidding war for the then 20-year-old. 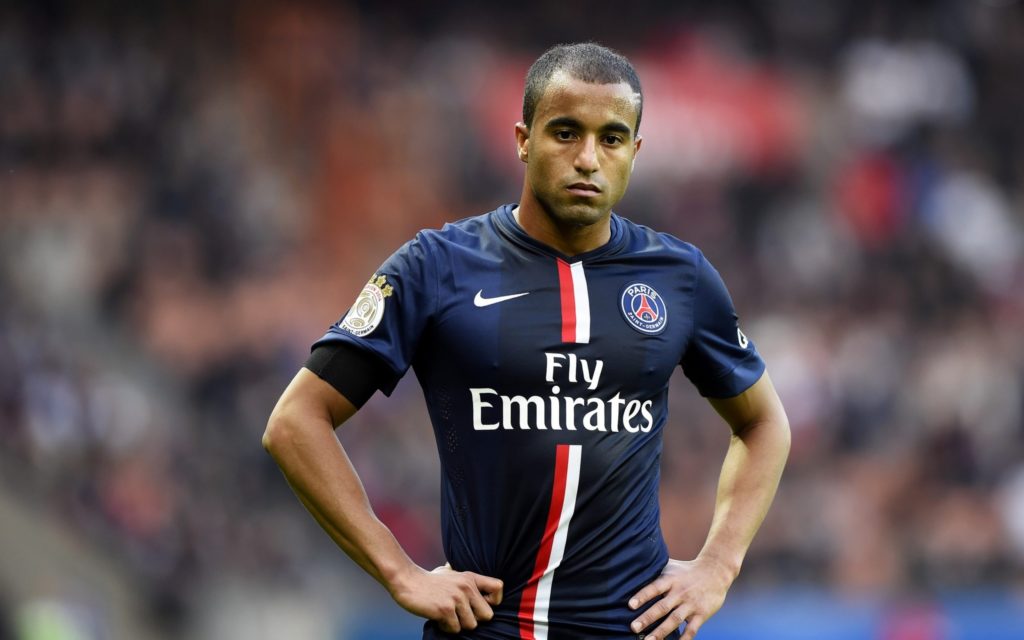 Lucas Moura, during a game for PSG in the league. (Image Courtesy: Ligue 1 / Website)

Paris Saint-Germain and Manchester United were the front-runners for the Moura’s services, and it was the Parisien club that finally got hold of the winger for a reported €45 million. His time at PSG had been a successful one and after winning 16 titles in five and a half years, the Brazilian moved to his current club, Tottenham in 2017.

Similar to his compatriot Neymar, Gabriel Jesus had been getting plaudits for his performances as a teenager in the Brazilian Serie A and had gone into the Olympics as a 19-year-old who was filled with an abundance of talent and skill. 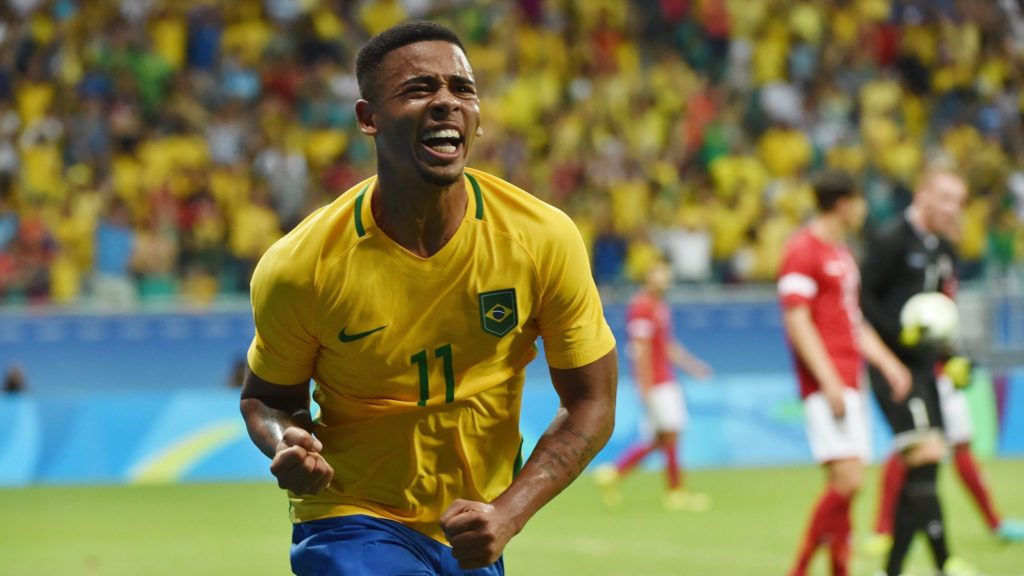 Jesus celebrating after scoring for Brazil at the 2016 Olympics in Rio. (Image Courtesy: Olympics / Website)

Although he did not have quite the impact as Neymar did in 2012, Gabriel Jesus was very much a breakthrough at the Olympics, because of his unnerving performances in front of huge crowds, as he went onto score three goals for the Selecao and help them achieve their first-ever Olympic title in men’s football. 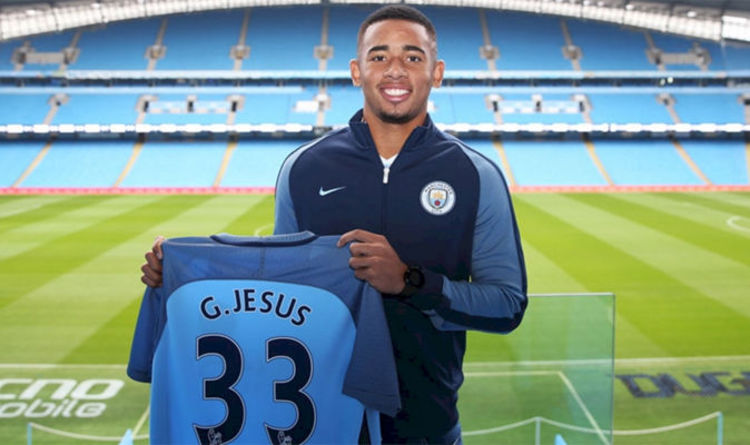 Manchester City, who were already looking at Jesus and his performances for Palmeiras, were now confirmed that the Brazilian youngster was the future of City’s frontline, but the move has turned out to be an unexpected one the now 24-year-old is still yet to stamp his authority in the starting eleven after featuring nearly 200 times for the blue half of Manchester.

The Liverpool winger had arrived in England for the 2012 Olympics as a 20-year-old blossoming forward who had shown his talent in France’s second division with Metz. 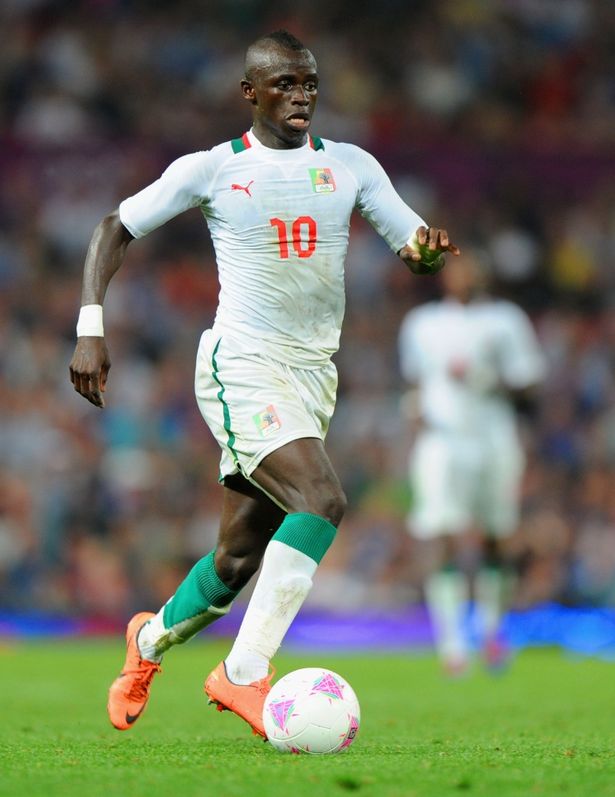 Mane, in a game against Great Britain, during the 2012 London Olympics. (Image Courtesy: Southampton FC / Website)

The Senegalese international had featured in all four of the matches that his nation had featured, and his performances on the wing were one of the major reasons for the qualifying of Senegal into the quarterfinals as runners-up of Group B, where they lost to eventual champions Mexico. 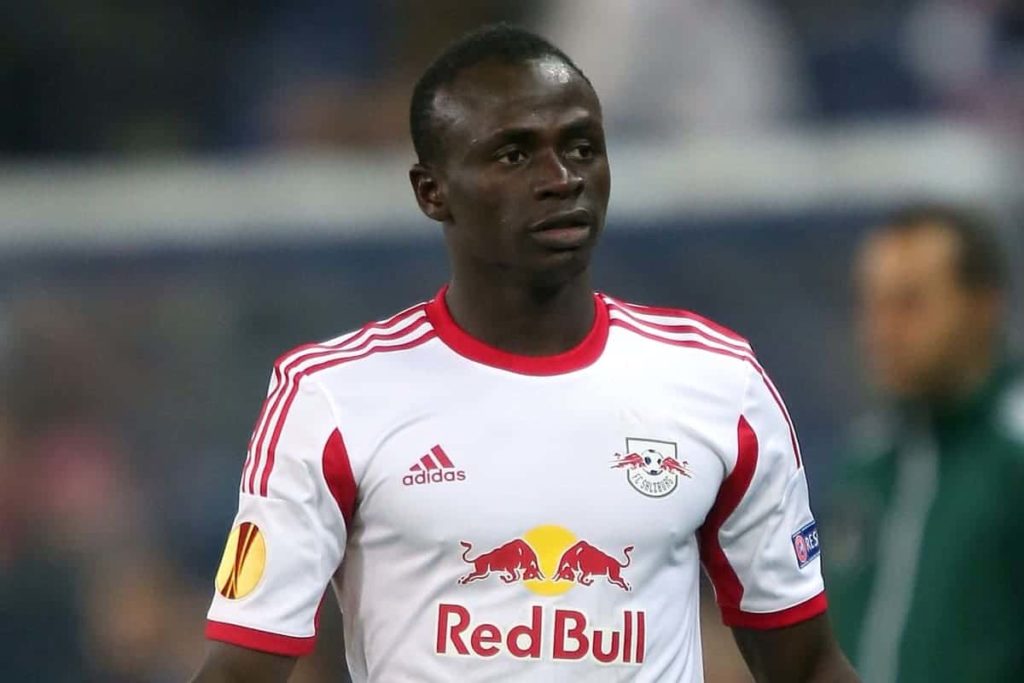 In spite of their crashing out early, Mane had secured a move to Red Bull Salzburg in Austria in 2012 where he lit up the Austrian Bundesliga before securing his breakthrough move to Southampton in 2014.

One of the many who had been regarded as the breakthrough players from men’s football at the 2008 Olympics, Gervais Yao Kouassi or more commonly known as Gervinho, was the captain of the Ivory Coast side and went on to captivate everyone with his silky-smooth feet and outstanding dribbling skills.

And although his performances did not give him that big-money move, it helped him move to Lille, where he was nearly unstoppable, scoring 36 goals in 93 appearances and these performances ultimately made him make a move to Arsenal in 2011.

Even though Switzerland were eliminated in the group stage of the men’s football at the 2012 London Olympics, Ricardo Rodriguez was one of the few from that Swiss squad that had been identified as breakthrough youngsters. 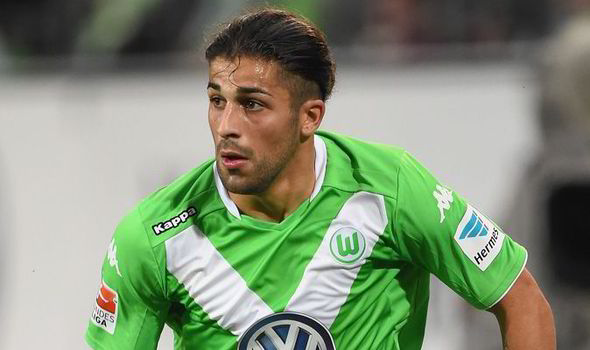 Rodriguez continued to star for Wolfsburg after his strong performances at the Olympics in 2012.

In the three matches that Rodriguez played, he was one of only four outfielders to have featured for every single minute of their campaign and these strong showings had helped him secure the starting birth at Wolfsburg, the club which he moved to six months earlier from Zurich.