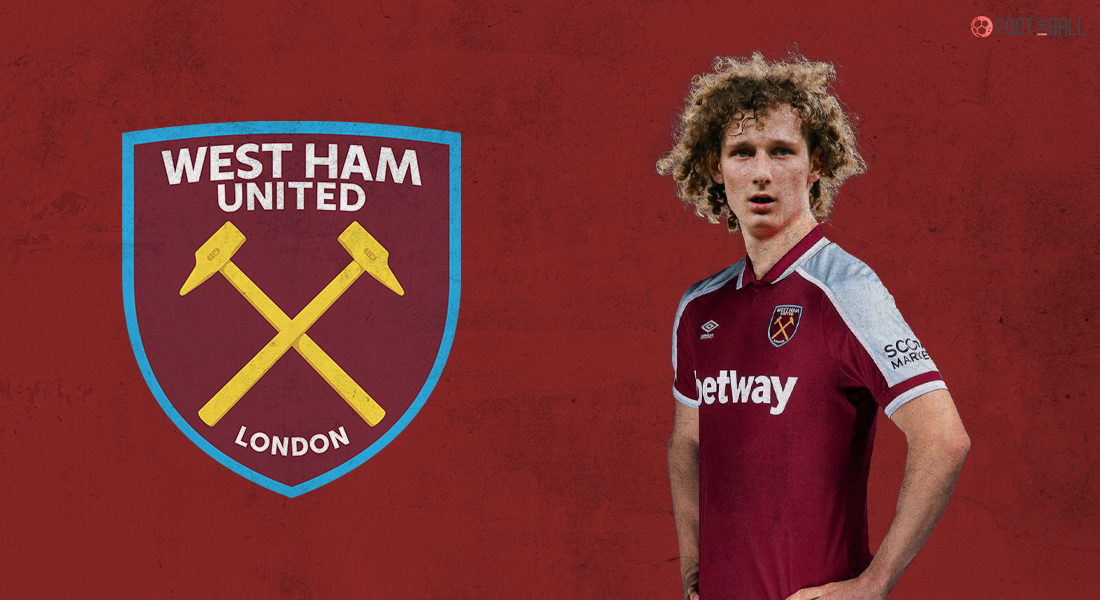 West Ham have completed the dealine day transfer of Alex Kral from Spartak Moscow on a season-long loan. The Hammers are currently flying in the Premier League having won their first 2 games in fine fashion. The team has scored 10 goals in 3 appearances which is brilliant by any means. What they lack is defensive stability and Alex Kral can help them this season.

We are delighted to announce the signing of Czech Republic international midfielder Alex Král.

Here’s why Alex Kral is a great signing by David Moyes and how he can help West Ham in their tightly packed and competitive schedule this season.

WHO IS ALEX KRAL

The Czech Republic star has already made a name for himself in Russia at the age of 23. Kral has now taken up Premier League as his next challenge and this move could be a catalyst for his already established career.

Kral was born and brought up in Czechoslovakia. He started playing football at the age of 6 and his talent landed him a spot in the youth ranks of Slavia Prague, one of the biggest teams in the Czech Republic. In January 2019, Kral signed a professional contract with the senior team of Slavia Prague but Russian Giants Spartak Moscow recognised this up and coming talent and picked him in the summer window of the same year.

The player has been gradually improving his game and this last season was a first team regular for Spartak Moscow in their redemption season as they finished 2nd in the table. The player has also fixed his name in Chezn Republic’s National team squad and has received 20 caps for his country. The player had an important run in Czech Republic’s great run in Euro 2020 as they reached the Quarter Final stage.

The holding midfielder had actually started his career as a centre back but his quality with the ball on his feet has compelled him to evolve into a defensive midfielder. Since he has trained all his life to be a defender, it goes without saying that the 6’2’ player is a defensive beast.

Alex Kral had an average of 1.8 interceptions and 1.5 successful tackles per 90 which are brilliant for a midfielder.SInce Kral had only missed 1 game out of the 30 for Spartak Moscow last season, the player has a lot of experience for his age. This has helped him in his understanding and reading of the game.

The player times his tackles almost perfectly and stops the opposition in their tracks and kills their momentum before they even reach the final third. He minimises the damage caused through the centre of the pitch and his presence forces opposing attackers to play wide and open.

Other than his defensive prowess, what makes him special is his attacking instinct. The player had 5 assists to his name last season despite playing far out of the opposition’s box. He had a passing accuracy of 81% and attempted at least 2 long balls on an average per game. Majorly, Kral prefers to play short passes rather than taking the risk of losing possession. This shows us how calm and collected he is and that is exactly what David Moyes looks for in his players.

Alex Kral has been on the radar of David Moyes for quite a while now and the manager had even said to watch out for him in the Euros this summer. His performance in the international competition must have urged Moyes to not lose the opportunity of signing the 23-year old midfielder. By reading his analysis you can see that the player greatly resembles the playing style of Declan Rice and that must be the main reason for this new addition to the squad.

Declan Rica has been one of the best players for West Ham in the last couple of seasons and he has attracted a lot of attention from the rich clubs from all across Europe. Manchester United were close to signing Rice but failed to do so this summer. There is no donut that West Ham will eventually try and cash in for their young superstar and Alex Kral is a great candidate to fill in his shoes. Kral will try and fit into Moyes’s system this season and we have a feeling he will show exponential growth with the Hammers. If Kral fares well for the Hammers, his move will be made permanent next season and Declan Rice will be sold.

West Ham already have 2 Czech players namely Soucek and Coufal who have been excellent for the Hammers which is why the fans have high hopes for the youngster. Although those are tough names to live up to, Alex Kral surely has the potential to exceed his predecessors. His forged chemistry with Soucek will also factor into Ham;’s game this season as they try to reach for a Champions League spot in this highly competitive Premier League season.