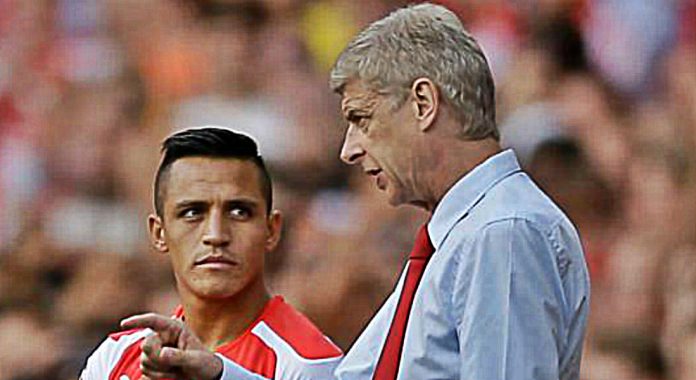 Gunners boss Arsene Wenger said that he is trying not to commit footballing ‘suicide’ in his attempt to tie down Alexis Sanchez at Arsenal.

Asked whether Sanchez is interested in signing a new deal at Arsenal, Wenger said: “That is again something that I do not want to come back on.”

“We know we have a duty to inform people, but to talk about some things is not information anymore – it is suicide.”

“Every negotiation has to be a little bit secret. The transparency of society is very pushy but we have to resist a little bit, as much as we can.”

Sanchez returned to training after arriving in London following an extended break after playing for Chile in the Confederations Cup. The former Barcelona man has trained with his team-mates amid huge interest from Manchester City, Chelsea and Paris Saint-Germain.

And now Ligue 1 champions AS Monaco have also joined the race to sign Sanchez this summer. The French club are ready to plot a shock move for the unsettled Arsenal star.

Wenger added: “I will not give anything away on that but the only thing I can tell you is that he is focused, and my decision is clear: he will stay and he will respect that. it is as simple as that.”

But it is understood that the French club would drop their interest in the Chilean having signed Neymar on world record fee from Barcelona.