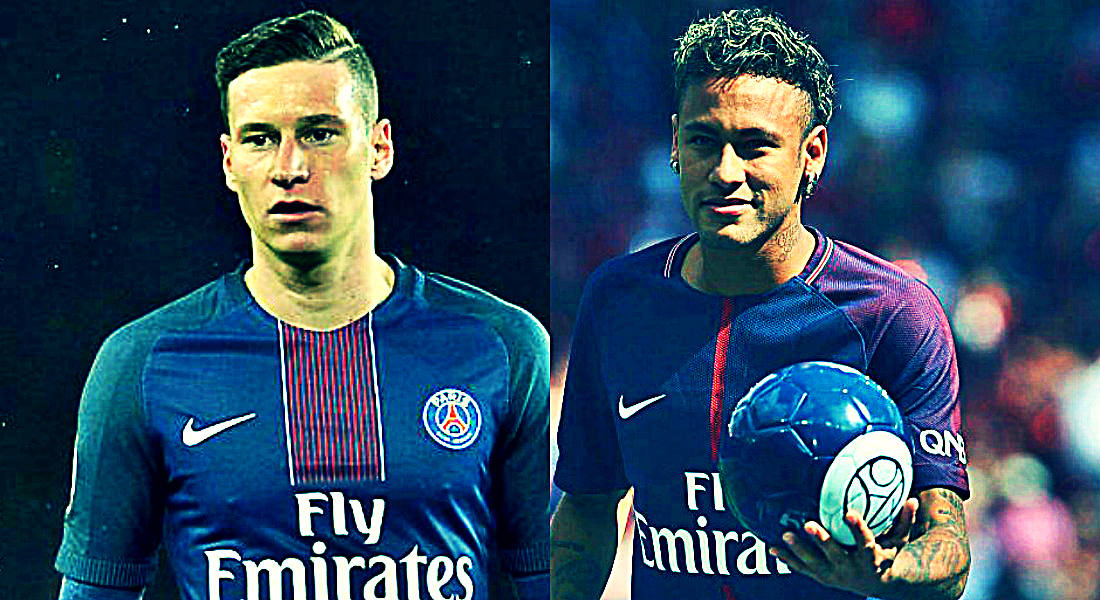 Barcelona could take their revenge on Paris Saint-Germain by luring away Julian Draxler.

PSG bosses convinced Neymar to leave Barcelona for the Ligue 1 side in a world-record £198million deal.

And it seems that Barcelona bosses are now preparing to raid PSG in a bid to replace Neymar with the German playmaker.

According to Bild, Draxler’s agent Roger Wittmann was spotted at the airport in Barcelona. 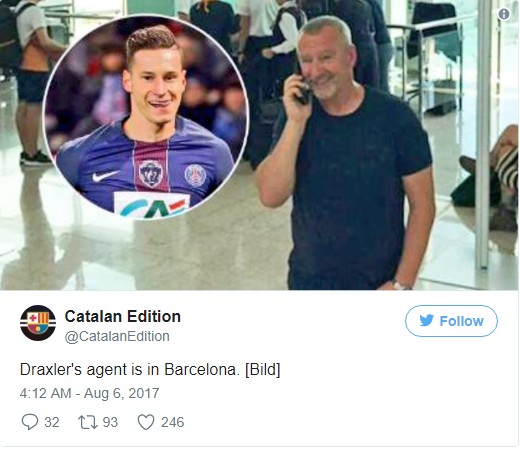 Draxler’s agent was spotted in Barcelona

However, it is not clear whether Wittmann visited Barcelona to negotiate a deal for Draxler but the German star’s PSG future is under doubt after the arrival of Neymar.

The 23-year-old winger had joined the Ligue 1 giants in January for £38million and has displayed average form as he ended the last season with four goals to his name.

Barclona are desperate to rope in Neymar’s replacement before the start of the new season. 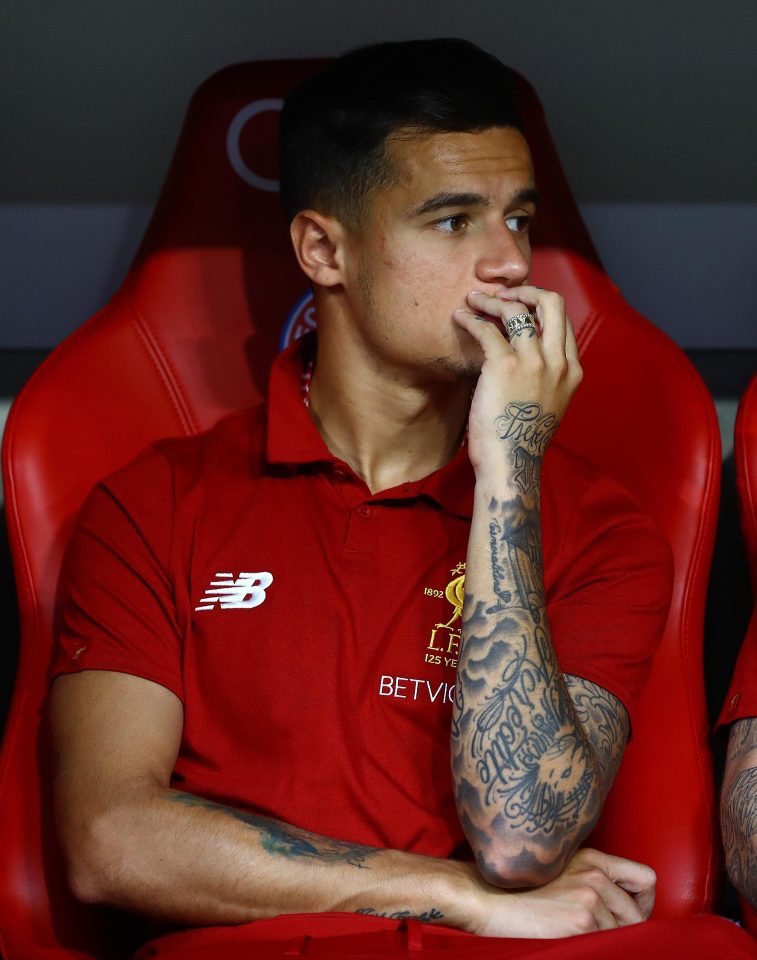 Philippe Coutinho is being heavily linked with a move to Barcelona

Barcelona bosses have been negotiating a deal for Coutinho the last few weeks and earlier reports had claimed that the Brazilian star have already agreed personal terms with the La Liga giants.

Barca are also eyeing to rope in Borussia Dortmund’s Ousmane Dembele and Chelsea’s Eden Hazard, but at the moment, Coutinho is their top priority and the club are willing to part with a staggering £120m to land the Brazilian.

However, Liverpool boss Jurgen Klopp has repeatedly said that Coutinho will not be allowed to leave Liverpool.

Coutinho wants to join Barcelona, according to reports

But ESPN Brazil claim that Liverpool have accepted a £90m offer for Coutinho.