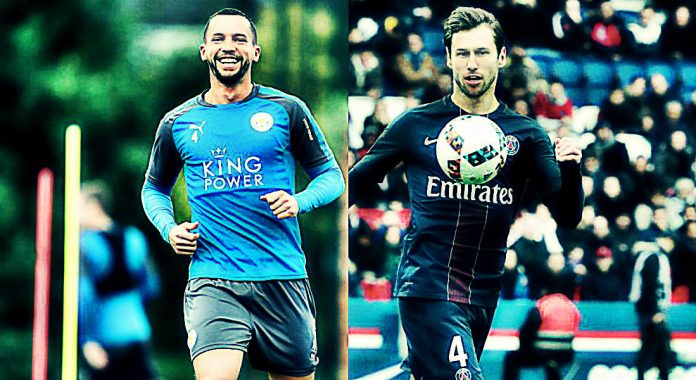 Chelsea are ruling the transfer window ahead of Thursday’s deadline day as French reports claimed that the Blues have agreed in principle with Leicester City for Danny Drinkwater.

They have already agreed a £35m deal with Arsenal for wantaway midfielder Oxlade-Chamberlain and now they are poised to land Drinkwater at Stamford Bridge before the transfer window shuts shop on Thursday.

According to SFR Sport, Antonio Conte has finally secured the deal for the England star after weeks of negotiating with the Foxes.

And sources close to the West London club have revealed that the Blues are on the verge of landing Drinkwater after agreeing a £40m deal with the Foxes.

The Foxes have already lined up PSG’s Gregorz Krychowiak as Drinkwater’s replacement.

The Poland star joined the Ligue 1 giants from Sevilla for £30m last summer, but he failed to earn a place in the starting XI.

He featured just 19 times in all competitions – just 11 in the French top-flight – and is now likely to part ways with the French club before the transfer window shuts shop on Thursday.

PSG need to offload players to reduce their wage bill after bringing in Neymar for £198m, where he is taking home in £500,000-a-week.