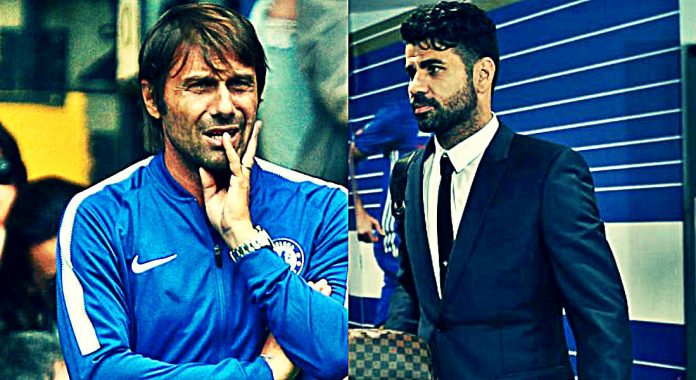 Chelsea are set to take a £20million hit on their asking price for wantaway star Diego Costa.

The Chelsea hierarchy have slapped a price tag of £50m on the Spanish striker but his former club Atletico Madrid are only willing to splurge £30m.

Costa still has a house in Madrid and he is set to land in the Spanish capital next week in order to force through his return to Atletico Madrid.

Diego Simeone’s side are well aware that Costa’s transfer value would drop with every development in the war of words between the Spanish striker and Chelsea.

According to reports, the La Liga side have suggested that they will not increase their offer and Chelsea are now facing the heat as the transfer window shuts at the end of this month.