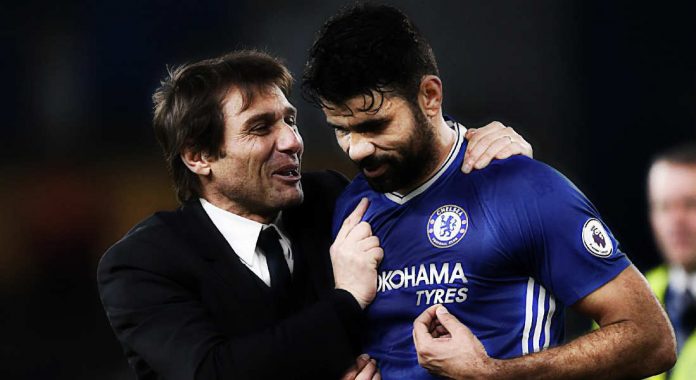 The Blues striker was the subject of a massive bid from the CSL side in January but Chelsea owner Roman Abramovich shut the offer down.

Tianjin are now looking to return with an improved offer as they prepare a mammoth £620,000-per-week wage packet for the Brazil born star.

The Spaniard’s performance has seen a dip in form ever-since the original offer came in, and he is expected to leave the club at the end of the season.

Tianjin will offer the 28-year-old a whooping £32million-per-year salary package.

Sources inside the Stamford Bridge suggest that the club hierarchy are fearing that they will lost their star man this summer.

Blues boss Antonio Conte is already preparing for life after Costa, and has lined up Alexis Sanchez or Romelu Lukaku as a potential replacement.

Chelsea are now open to let go of their prized possession but only if the CSL are willing to break the world record signing of Paul Pogba and pay a whooping £127 million for the Spain international.