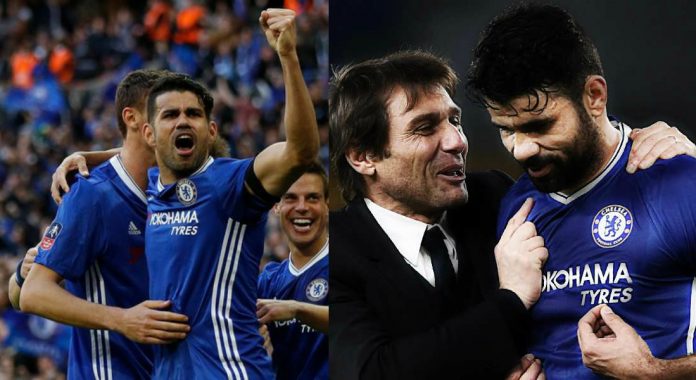 FootTheBall sources reveal that the Chinese club have offered Costa a mega wage packet of £650,000-a-week after tax – which is till now the higest sum that any player takes home.

Costa along with his agent Jorge Mendes held talks with the Chinese Super League club and it is believed that both the parties have agreed in principle over a sensational deal for the Spaniard.

Reports in Spain claim that the former Atletico Madrid star has already signed the mega-deal with the Chinese club but FootTheBall sources reveal that the Spaniard is yet to put pen to paper but suggested that it seems certain that the Chelsea superstar will move to China in the summer.

Costa has been under the radar of the Chinese club and previously Chelsea had blocked a mega offer from Tianjin Quanjian.

Costa displayed incredible form in the earlier half of the season but it was believed that he suffered a dip in form due to an on-going negotiation process with Tianjin Quanjian bosses.

But the Spaniard has now broken his goal drought and seems to have made it clear that he will stay completely focused at Chelsea until the end of the season – but had publicly revealed that he is unsettled in London.

And now the huge sum that the Blues will get if they sell Costa – can be used to rope in Everton contract rebel and former Blues star Romelu Lukaku.