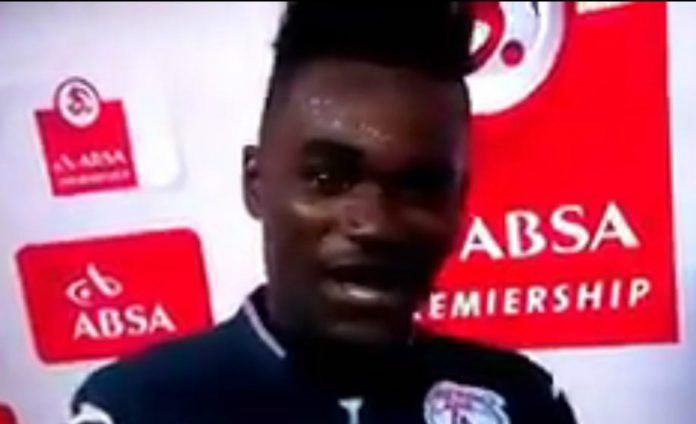 Footballer Mohammed Anas who had thanked his wife and girlfriend in a post-match interview has now made dug an even bigger hole for himself. 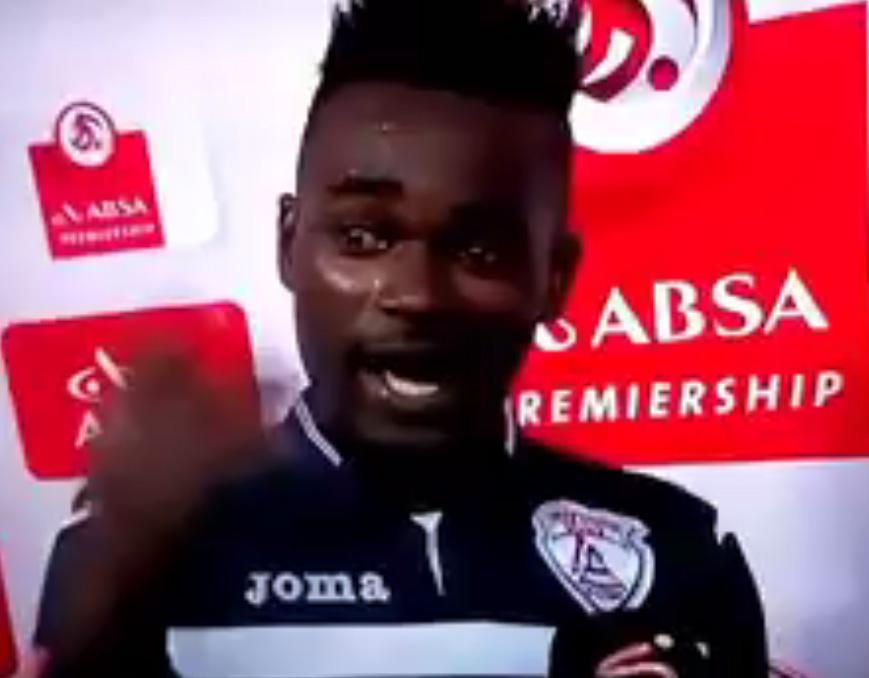 Free State Stars striker, Mohammed Anas had made a hilarious blunder while delivering the best man of the match speech ever. During his post-match interview he thanked his wife and girlfriend on Live TV. 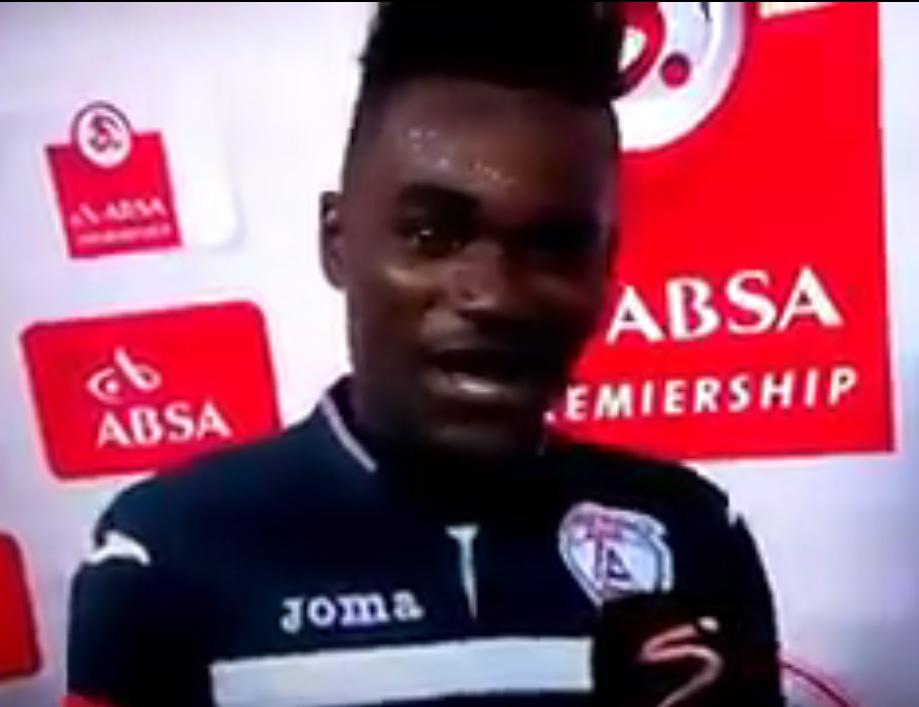 But now he has taken a U-turn and has dug himself an even bigger hole with his weird explanation for his comments which went viral.

And it appeared that he was never concerned about his wife, who has been staying with him for seven years. 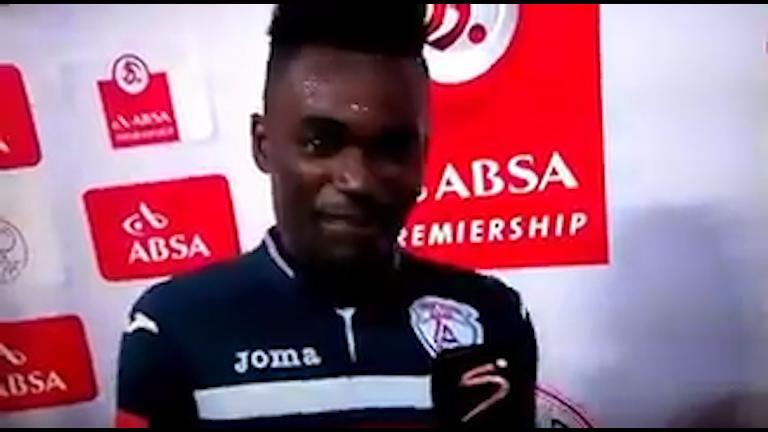 He said: “My family knows that I call my daughter my girlfriend. That’s what I was talking about. I don’t have a girlfriend.”

“I love her so much. She’s given me two beautiful children. She is fine. She knows what kind of man I am so I am not worried.”

“I’m famous now – people around the world know me.”