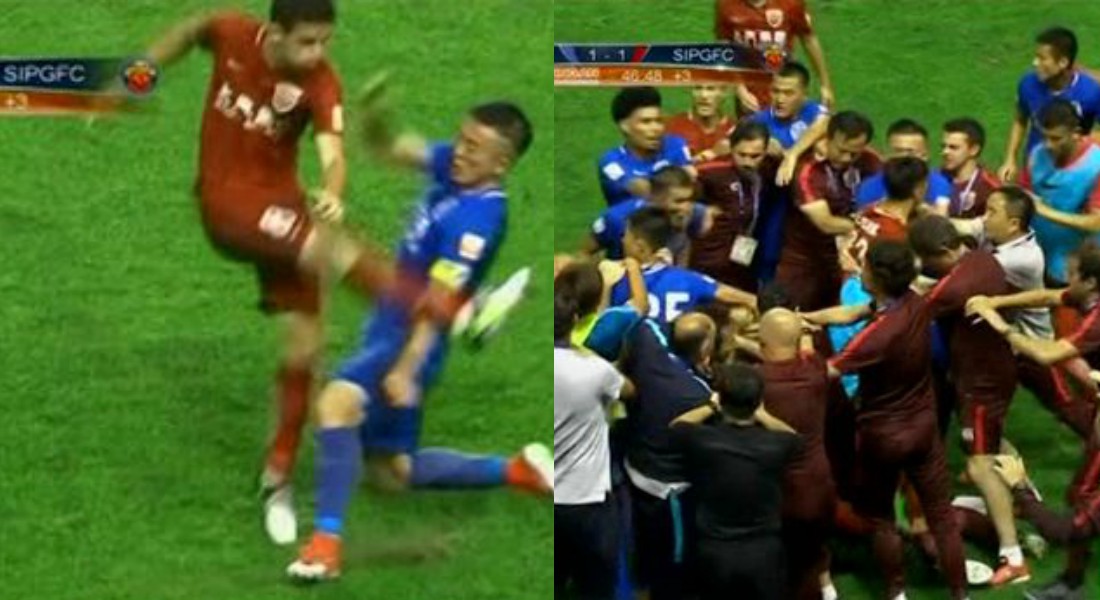 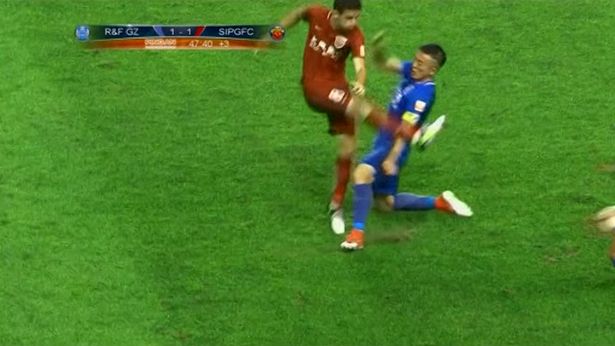 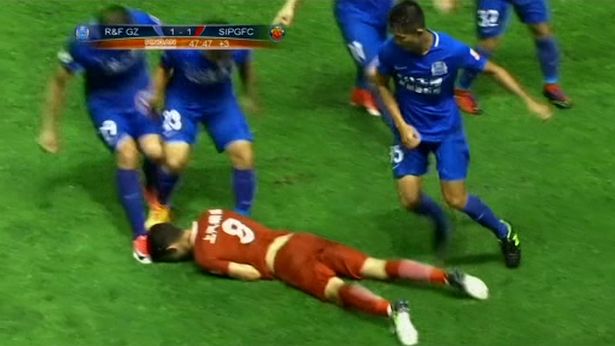 The Brazilian is shoved to the ground.

The ball came back to the former Chelsea midfielder after a rebound off the Chinese defender. Oscar appeared to loose composure and smashed the ball again towards another Guangzhou R&F player. 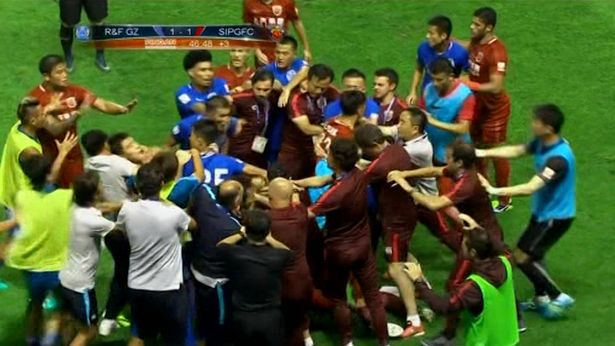 This initiated a brief spell of pushing and shoving that gradually took shape of a full-on fight between the players of both the teams and Li and Shanhai SIPG’s Fu Huan were sent off. 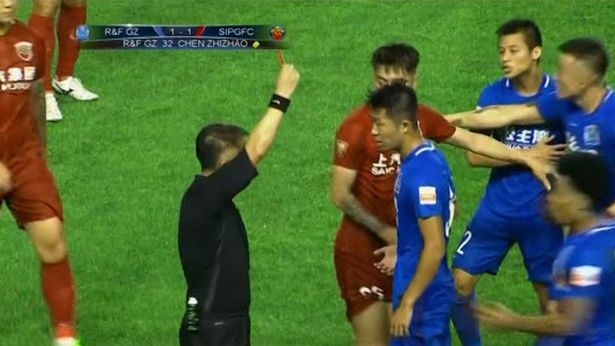