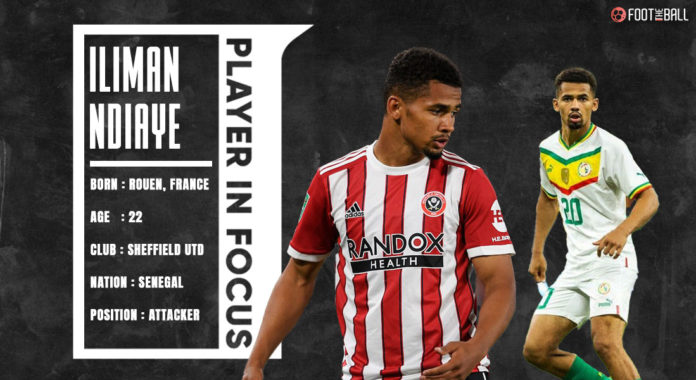 Sheffield United are off to a good start to the new 2022/23 campaign sitting comfortably at the top of the table. They are certainly a team who look in great control and play beautifully under manager Paul Heckingbottom. So far, The Blades have scored 19 goals, conceding just 5.

One of the best players in this team has been Iliman Ndiaye. Ndiaye has enjoyed a brilliant start to the season at Sheffield United, registering five goals and one assist in 10 Championship matches.

He has attracted a lot of interest from Premier League and was subject to multiple bids from various top-flight clubs. In the end, Sheffield United decided to keep their star attacker for another season. The Blades will brace themselves for another round of bids in the upcoming transfer windows. But what makes the Senegalese so special and in demand?

The team, the fans , the atmosphere, the goals, the 3 points just incredible🔴⚪️#Alhamdulillah pic.twitter.com/SK7SjfEIJA

How good is Iliman Ndiaye?

On 17 November 2017, Ndiaye signed his first contract with Boreham Wood. On 31 August 2019, he signed with Sheffield United. He joined Hyde United on loan for the latter half of the 2019–20 season. He made his professional debut with Sheffield United as a late substitute in a 5–0 Premier League loss to Leicester City on 14 March 2021.

Sheffield United didn’t have to pay any money when signing Ndiaye from Boreham Wood in the summer of 2019. It’s now looking like an exceptional piece of transfer business. Ndiaye was born in France to a Senegalese father and French mother.

Sheffield talent Iliman Ndiaye has been called up with Senegal for the second time after 5 goals scored and 1 assist provided this season. Current contract expires in June 2024. 🇸🇳 #transfers

Initially, Ndiaye found it difficult to cut it at Sheffield United and break into the starting eleven. Once he got his break, he struggled. He got ample minutes and game time but he was not able to connect with the rest of his teammates. Sheffield United manager Heckingbottom saw this problem and created a system which utilised Ndiaye to the best of his abilities.

In the 2021/22 season, Ndiaye played 35 games for Sheffield United, scoring 7 times and assisting just twice in more than 2100 minutes of game time. This season, he is off to an exceptional start for The Blades. He has netted 5 goals and has 1 assist in 10 matches which accounts for just 740 minutes.

Ndiaye usually operates in an advanced midfield role, showing off his terrific strength, dribbling and shooting skills this campaign. The 22-year-old has arguably been one of the best players in the second tier this term. Those ball-playing qualities and that expressionism on the pitch are some of his best attributes.

His ball-winning ability under pressure is excellent. He has an amazing work ethic, determination, drive and a willingness to do better each time. He is aggressive when it comes to winning the ball back. Once he gets the ball back, he showcases his good dribbling skills. He is incredibly skilful, but at the same time not selfish. He passes the ball, is good at one-twos and helps his team create chances throughout the match.

Iliman Ndiaye has massively improved his shooting and positioning. This has helped him get into better positions and finish chances. His incredible positioning helps him almost play as a second striker at times. He always puts his team first before himself and this mentality has helped him bag 5 goals in the first 10 games of the season.

Ndiaye has made huge strides in the last 18 months or so. He has gone from being a peripheral figure in the squad to one of the first names on the team sheet under Heckingbottom. Ndiaye knows he is in good hands under Heckingbottom, who clearly thinks the world of him, having handed him his Sheffield United bow from the bench in the Premier League against Leicester City.

In its own way, Heckingbottom’s support provided hope to Ndiaye and a potential pathway for other aspiring young Blades players in the process. A mentor in the development of the 21-year-old, Heckingbottom’s task now is to make him a hardened professional who develops game management to complement his natural gifts.

Ndiaye has continued to establish himself as one of Sheffield United’s star players this season and no matter how much the club and the fans want to keep him, it is likely that his future belongs somewhere higher, like the Premier League.