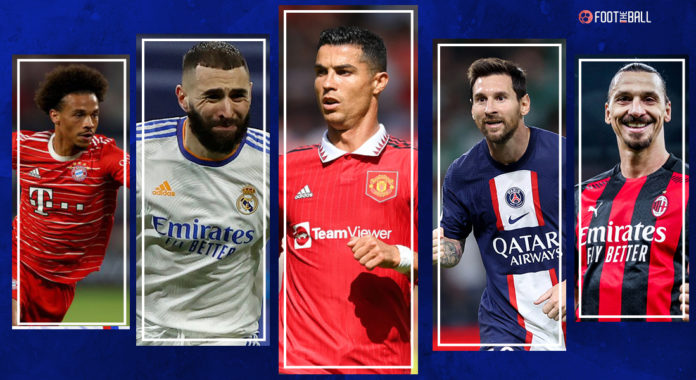 It was only in May that American businessman Todd Boehly bought Chelsea for a whooping £ 4.25 billion. There were concerns over whether he would be able to match the level of enthusiasm of the previous owner Roman Abramovich. However, in just five months, Boehly has spent close to € 300 million, fired Champions League-winning manager Thomas Tuchel, replaced him with Graham Potter, and now has caused chaos in the football world by suggesting a Premier League All-Star Game.

Speaking at a financial conference in New York two weeks back, Boehley threw up the idea. He said, “Ultimately, I hope the Premier League takes a little bit of a lesson from American sports and really starts to figure out, why don’t we do a tournament with the bottom four sports teams, why isn’t there an All-Star game?”

Boehly said that this was necessary to increase revenue in the Premier League. He suggested that the Premier League teams are divided into North and South, with each side fielding a team. Boehly also added that the English football pyramid should receive the entire revenue generated from the match.

The Chelsea owner also suggested a relegation play-off game already conducted in the Bundesliga. So, what is the proposed Premier League All-Star game, and what are the proposed formats?

So, here’s the format for the game. The 20 teams will be divided into North and South, with both groups fielding an All-Star playing XI. This team will face each other, and all the revenue earned from it will be funnelled down the football pyramid. Boehly said these All-Star games would also attract new crowds across the globe.

Now, this is not the first time that such an idea has been first proposed. Rio Ferdinand had suggested this idea more than a decade back. “Baseball All-Star game tonight, tv coverage is quality. We need a PL All-Star game too…the powers that be let’s talk + develop this,” Ferdinand had said in a tweet dated July 12, 2011.

The same was proposed by former Chelsea and Manchester United striker Romelu Lukaku in 2018. Despite widespread criticism, it seems the top echelons of the Premier League are quite receptive to the idea.

Liverpool manager Jurgen Klopp vehemently opposed the idea stating it would add further burden to an already congested schedule. “When he (Boehly) finds a date for that, he can call me,” said the German.

But what’s the reason behind this hostility against the All-Star game idea? For this, let’s take a look at its history.

"He hasn't waited long! Oh great, maybe he can find a date for it. It's completely different in America. Does he want to bring the Harlem Globetrotters as well?" pic.twitter.com/UV75F2PCrK

The concept of the All-Star game originated in Major League Baseball (MLB) in the 1930s in the United States. Arch Ward, then sports editor of the Chicago Tribune, suggested that fans select a team from the two major baseball leagues, i.e. the National League and the American League. The two teams would then play an exhibition match at the 1933 World’s Fair.

The idea got so much traction that almost nine decades later, it is still held. The idea was not limited to MLS and slowly made its way to the NBA and the National Football League (NFL).

However, European leagues have been defiant to this idea, especially fans. Critics of the idea state it is just an excuse for bringing in more revenue and hurts the game.

Another cause of concern is that in America, in sports like American football and even basketball and baseball, there are few to no international games. This leaves the athletes with at least four months of free time, making it easier to conduct All-Star games.

However, there are few breaks in football due to international friendlies, World Cups, continental tournaments etc.

According to various media reports, the Premier League officials have been quite receptive to Boehly’s idea. However, they are trying to alter the concept to generate more revenue. So, instead of planning an intra-Premier League All-Star Game, officials are looking to have an All-Star Game between Europe’s top leagues.

🚨 BREAKING: Premier League XI could face Serie A, La Liga and Bundesliga teams in All-Star games. Those matches could be staged around the world as a means of growing global audiences.⚽

The idea is to pit a Premier League All-Star against their compatriots in Bundesliga, La Liga and Serie A. However, one primary concern is that All-Star Games are not always the spectacle that they are advertised to be.

Since the matches do not affect the league’s standings, players do not play to their full potential. Instead, they are more of a spectacle, which is why no one takes them seriously. However, the lure of extra cash may be enough for the Premier League to look beyond all these demerits.