The last time Inaki Williams didn’t feature in the starting line-up for Athletic Bilbao, Barack Obama was still the president of the United States, the world was still in the pre-Covid-19 era, the trio of Messi, Suarez and Neymar was still playing for Barcelona in Catalonia and Germany were still the world champions in football. 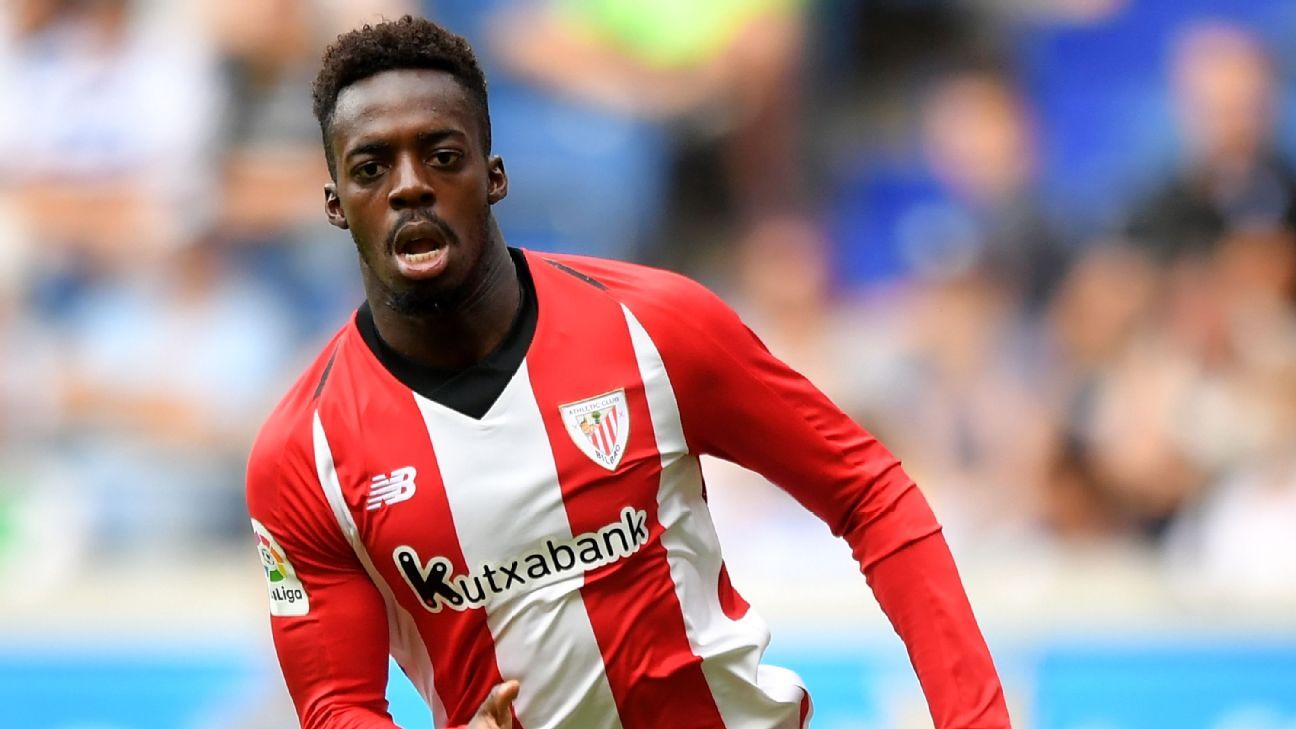 Williams last missed a game for Athletic Club in April 2016, since then he has represented the Basque club in every match that they have played in for more than five years. Between then and now the Spaniard has made a record 200 consecutive appearances for Athletic Bilbao, the latest coming in their draw with Spanish champions Atletico Madrid.

As the 27-year old Spaniard completes this unique record for the Spanish club, FootTheBall takes a look at the player who is dubbed the ‘Iron Man’ of La Liga by teammates and rivals alike.

Only Juan Antonio Larranaga has more consecutive appearances in the Spanish top-flight (202) than Inaki Williams’ 200 appearances for the Basque club in La Liga. And the 27-year old looks set to break the record held by his fellow Spaniard this season as he looks to continue his fine form of fitness in La Liga.

The 27-year old joined Athletic Bilbao in the summer of 2014, but was initially featured only on the reserve team for the Basques, before making a highly anticipated start for Los Leones in December of the same year owing to an injury to then-regular starter Aritz Aduriz in La Liga.

The Spaniard scored his first ever goal for Los Leones in La Liga in May 2015, scoring a last-gasp winner against Elche in a 3-2 come-from-behind win in which Athletic were trailing 0-2 at one time.

A few days later he scored against eventual Spanish champions Barcelona in the 2015 Copa del Rey final in a 1-3 loss to the Catalans at Camp Nou, but he missed the subsequent 2015 Supercopa de Espana victory over the same opponents in August 2015 owing to an injury.

During the 2017-18 season he was one of the football players featured on Amazon Prime Video’s ‘Six Dreams’ web series that focused on the events unfolding in La Liga.

The 27-year old Spaniard hasn’t suffered from an injury for more than 5 years in La Liga and is nearing the 50-goal mark in La Liga. If he plays three more games consecutively, then he will become the player with the most back-to-back appearances in the Spanish top-flight.

And the prospect of becoming the player with the most number of consecutive appearances and reaching the 50-goal mark at the same time will surely be enormously appealing from a sporting point of view for Williams.

Just over a week ago, the Spaniard celebrated reaching his 300th appearance for Athletic Club in all competitions by getting on the scoresheet in their 2-0 win over RCD Mallorca.

In January 2016, he was scouted by Premier League heavyweights such as Arsenal, Liverpool and Manchester City, but chose to extend his stay in the Basque Country in Spain.

He signed yet another contract extension with Athletic Bilbao in 2019 upon the signing of which his release clause was set for a sizeable amount of €115 million and it looks like Athletic conducted some prudent business in securing the long-term future of the Spaniard with them.

And it is evident, by his record for the second-most consecutive appearances in La Liga that he is one of the top performers on his day in both Spain and Europe, with Athletic benefitting from his rigorous and disciplined fitness regime almost every week literally on the pitch.