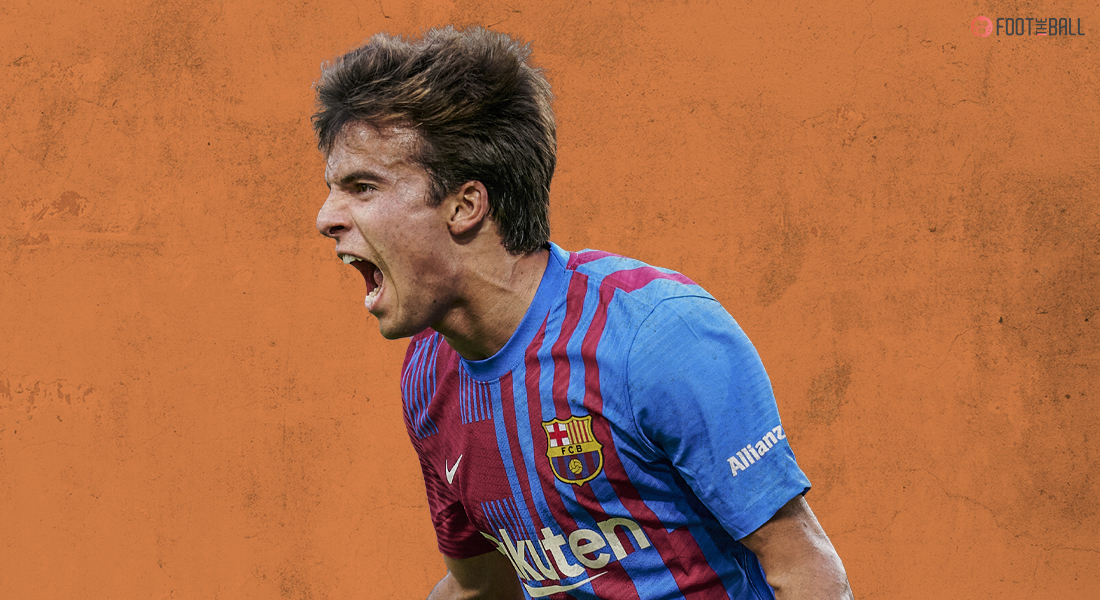 A wave of cold air swept Barcelona on the 8th of August. The air was moist from all the tears it brushed past. The city of Barcelona was crying. It just saw its favourite player leave the city after 21 long and glorious years. Lionel Messi formally said goodbye and burst into tears as he left the club. But as they say, the show must go on. Mere hours later Barcelona met Juventus in the Joan Gamper Trophy. Barcelona’s future shone on the evening as its past and present were about to leave the country. Though they have lost Messi, the youth from La Masia would ensure that Barcelona and its glory will continue.

Lionel Messi was the pinnacle of football. He did the most simple of things as well as the most complicated of things. The magic of Messi drove Barcelona to trophy after trophy. Not to ignore the other star cast who have done incredibly well. Now as Messi leaves Barcelona it is time for the other star cast to step up and be the face of the club. The club have been through a lot in the last two years. This season has to be the first step in returning to normalcy.

As the club looks to usher into a new era, it must find strength from an old and familiar place. La Masia used to be the best academy in the world. The talents coming out of it were generational and shone brighter than any stars. Recently, few feel that the club are not making use of the academy as well as they’ve done before. But a new crop of hopefuls are ready to quash that misconception.

Barcelona enjoyed a renaissance under Pep Guardiola in the late 2000s and the domination stretched into the 2010s. The team used to have legendary players like Lionel Messi, Andres Iniesta, Xavi Hernandez, David Villa and Sergio Busquets. They used to conquer Spain and Europe regularly for fun. Trophies were flowing like water for the world-beaters.

But soon father time caught up with everyone. The team peaked and many players aged. The joy ride had to end. Xavi and Iniesta who formed one of the best midfield trios of all time alongside Sergio Busquets left the club. Many of the players who played second string in those teams like Alexis Sanchez, Thiago Alcantara left in search of better opportunities.

A certain front three of Messi-Suarez-Neymar terrorized the defences. With Messi’s departure from the club, the last piece of MSN is out of Barcelona. This leaves Barcelona in a transitional stage. They have massive shoes to fill in each and every position. Barcelona’s mismanagement by ex-President Josep Bartomeu didn’t let them have any success in the process of replacing the legends. The club must know that they have an academy that could save them millions going forward if they utilize it properly.

If anyone deserves a second chance in a Barcelona kit from La Masia, it is Puig. The young maestro is an ode to old school players and can solve Barcelona’s midfield problem. Puig is a right-footed central midfielder who plays on the left-hand side of a midfield three. Puig sounds eerily similar to Andres Iniesta and is considered to be the long-term replacement of Don Andres.

An impressive first 90 minutes of the season for @RiquiPuig in #BarçaAlaves!

He is someone who excels in playing between the lines and making intelligent runs and playing clever passes. Puig also plays short passes well and drops back to retrieve the ball. He has high work rates and presses well to win the ball back in the dangerous areas of the pitch. According to FBRef Puig averages 12 shot-creating actions per game and averages 2 interceptions showcasing his versatility.

The midfielder for reasons unknown fell out of favour with his boss. Koeman never imagined Puig as a starter and at times he even missed the bench as he was excluded out of the rotation policy. But whenever he plays, he keeps proving his manager wrong and demands those minutes.

This preseason, Puig was given the chance to impress as other youngsters like Pedri were away on international duty. He duly took the chance with a goal in preseason along with another one against Juventus in the Joan Gamper trophy. The fans have seen how Puig is influencing the games from deep and might pressurize Koeman into playing him.

Puig also suits Koeman’s 4-2-3-1 / 4-3-3 perfectly due to adaptability. The youngster has to train with more dedication to prove something to his boss. All in all, Puig is too good a player to be wasted on the bench when he could start for half the La Liga teams in all fairness.

THE FUTURE IS BRIGHT

At the end of a storm, there’s a silver song. Barcelona held their nerves together and cried their tears out as Messi left. But when the dust settles, they’ll turn back to their team without which life won’t be the same. When they do look inside the club, the talents from La Masia would catch their eyes. Barcelona have a good crop of youngsters at the moment and have another young base coming up.

Immediately, Puig, Pedri and Moriba represent the future of their midfield. Pedri who arrived from Las Palmas at Barcelona last season had the most tiring season in football history. Despite his age, the youngster managed to play 73 games and cut the vacation short to return to training. Pedri’s dedication also matches his ability on the pitch as he can create, score and dictate the tempo at the game. Pedri was the best young player at the recently concluded Euros Pedri along with Puig in a pivot would be a brilliant pairing in the centre of the park.

🤤 Of the 239 players to attempt 15+ dribbles, Ilaix Moriba had the best dribble success rate (89.5%) in La Liga last season pic.twitter.com/B1lhWdSrOf

Illaix Moriba is the third untouchable past the new triumvirate. Moriba is more of a direct goal threat from midfield and can play as a forward as well. The 18-year-old who becomes a major this summer is yet to decide how and where to continues his development. The club might be tempted to sell him he won’t sign a new contract. They also have other gems like Gavi and Yusuf Demir on their hands
But Barcelona must know that they cant cash in on La Masia as it would mean disaster for the club. So get used to listening to these names becoming household ones shortly.