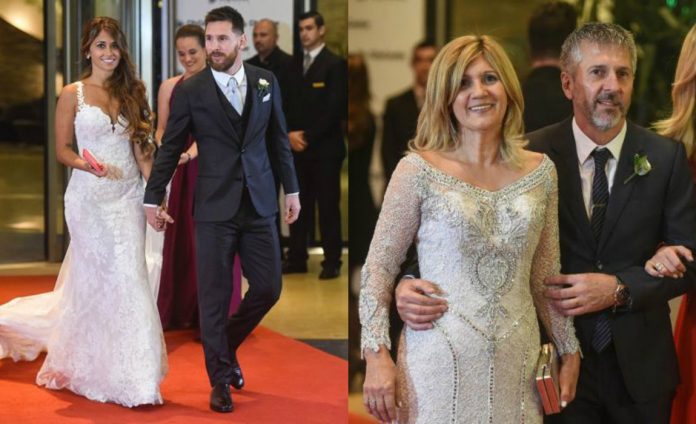 The world saw Barcelona ace Lionel Messi and childhood sweetheart Antonella Roccuzzo’s ‘Wedding of the century’ attended by football stars and there is one person who has hit the headlines.

No, it’s not any footballer or his wag but its Leo’s mother Celia Cuccittini who has grabbed the headline by wearing a white dress just like the bride.|

There are rumours that the two families booked separate entire floors at the luxury hotel complex in Rosario.

As per Argentina’s tradition, it is offensive to wear white at a wedding other than the bride.
Messi’s mum dared the tradition and wore a white glittery dress and walked the red carpet with husband Jorge Messi and daughter Maria Sol Messi. 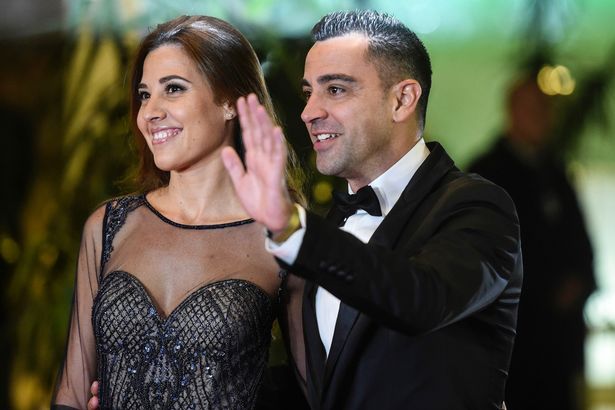 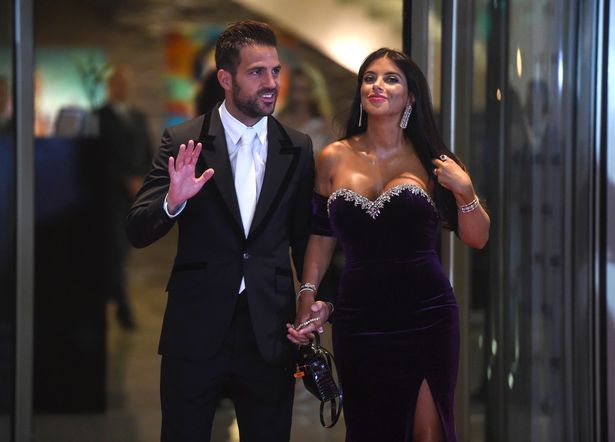 Leo and Antonella met at Rosario when they were five and their friendship continued even when Leo moved to Barcelona. 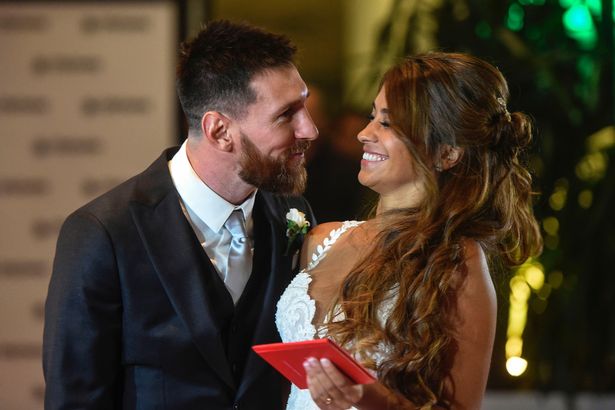 The two other members of the incredible Barca attacking triumvirate – Luis Suarez and Neymar also attended the wedding ceremony.

As per Daily Mail, Leo and Antonella’s relationship has been under strain for nearly 7 years. But the families settled their differences for the wedding.