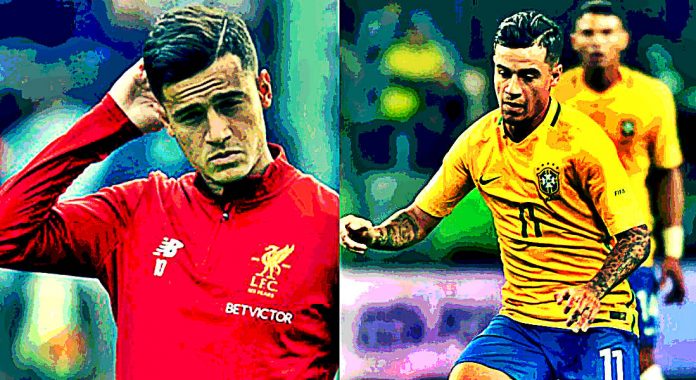 Philippe Coutinho will be ruled out of Liverpool’s clash with Manchester City with injury despite playing for Brazil during the international break.

But Klopp accentuated that Coutinho is not yet ready to return.

He said: “We saw training [on Thursday] morning and thought, ‘OK, maybe we should use him immediately’, because he was really good, but that doesn’t make sense.”

Livrpool boss Klopp held talks with Coutinho for the first time after the transfer window closed that saw the Brazilian failing to secure his dream move to Barcelona.

He said: “Of course – it’s all good, all good. There’s nothing else to say, actually, so he’s back and we had a really good conversation, so it’s good.”

The Brazilian did play a single game for Liverpool since submitting a transfer request but Klopp insisted that the player’s back injury is genuine.

“I know what people think, but Phil had the back problem a few weeks ago and couldn’t train so that means he missed around about three weeks,” Klopp said.

“Yes, he went to the national team and trained normally, but now we have to prepare for a normal season so we have seven games before the next international break.”

“We saw training [on Thursday] morning and thought, ‘OK, maybe we should use him immediately’, because he was really good, but that doesn’t make sense.”

“We have now to continue with the pre-season, not too long, but in a few sessions we have to give ourselves the time because in the next month we have seven games.”

“We always have the same decision to make, ‘does he need training or can he play?’ and all that stuff.”

“Yes, he will now do a little bit more than the other boys but he showed up in a very, very good mood and looks really promising.”