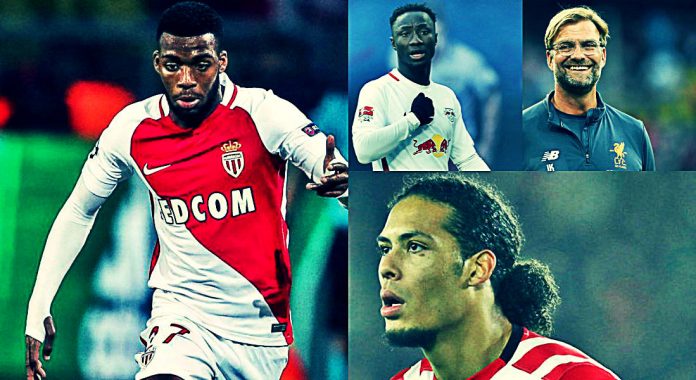 But now Liverpool are plotting an improved £70m third bid for Lemar, according to FootTheBall sources.

Last week, Liverpool boss Jurgen Klopp accentuated that he wants to bolster his squad after Liverpool sealed a place in the Champions League group stage.

Klopp has already roped in Mohamed Salah, Andy Robertson and Dominic Solanke this summer but the former Dortmund boss wants to add more reinforcements as he is keen to challenge for the Premier League title and also to challenge the European giants in the Champions League.

The Reds have also sealed a club record £48m deal for Leipzig star Naby Keita, who will join the Reds next summer.

According to the Daily Mail, Liverpool have launched a £200m spending spree, starting with the £55m signing of Keita for next summer.

Sources confirm that the Liverpool will pay the £48m release clause that will see the Guinea international join the Reds from Leipzig next summer, but it is believed that the total fee could go up to £55m including add-ons.

Sky Sports News understands the club will pay the £48m release clause that will allow the Guinea international to move to Anfield, as well as an undisclosed premium.

Speaking after their 6-3 aggregate win over Hoffenheim last week, Jurgen Klopp said: “It’s [Champions League qualification] a big influence on the transfer market, especially if we do it more often.”

“I said I think before the game, if you talk to a player, they really often [mention it]… especially players we talk to.”

Lemar displayed incredible form last season as he guided Monaco to Ligue 1 triumph for the first time in 17 years.

He was in France’s starting XI for the friendly win over England in June.

Arsenal had shown huge interest in Lemar throughout this summer, but Gunners boss Arsene Wenger admitted defeat in his chase for the France star after seeing a £30m offer being rejected by Monaco last month – while La Liga giants Barcelona were also monitoring the availability of the player.

Monaco have faced a mass exodus this summer – already selling Bernardo Silva and Benjamin Mendy to Manchester City and Tiemoue Bakayoko to Chelsea – with wonder-kid Kylian Mbappe closing in on a seaon-long loan move to PSG with an option to buy him for £166m next summer.

They said last month there would be ‘no more departures’ amid continued interest in Lemar.

Monaco are intrested in Reds striker Divock Origi and it is beleived that the Ligue 1 champions could soften their stance on Lemar.

Jurgen Klopp’s Liverpool have plotted a whooping £65million to land Van Dijk this summer and sources reveal that former Dortmund manager is keen to bring the Dutchman at Anfield as he looks to bolster his back-four.