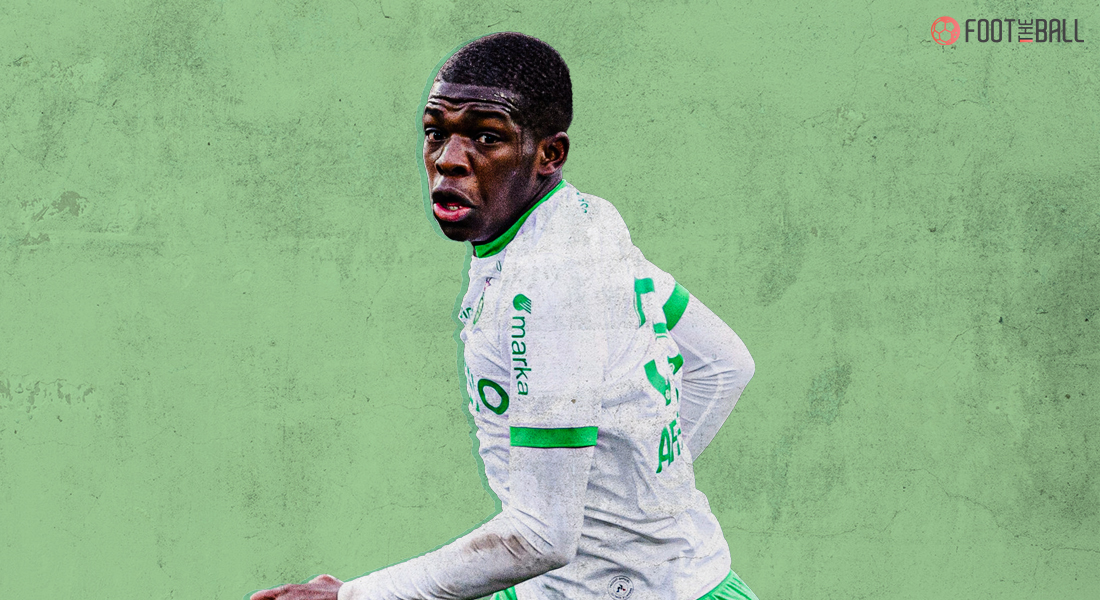 There has been a huge wave of financial instability moving across the French teams. Majority of the clubs have been conceding major loses and are not being able to sustain their clubs. The collapse of the TV rights deal with Spanish outlet Media-pro has had a bigger impact on the league than it was expected. This is resulting in the collapse of the countries football pyramid. These issues have just been aggravated because on going pandemic and does not seem to be subsiding anytime soon.

Saint-Etienne are no different from their peers, with the 10-time French champions’ co-presidents, Roland Romeyer and Bernard Caiazzo, having last week confirmed that the club is up for sale.

There has been a drive of major of cost cutting going in the club which also meant they didn’t have the funds to sign new players. The inability to sign new players would mean that Saint-Etienne would have to start promoting players from the youth level.

Players like Kurt Zouma, Wesley Fofana & William Saliba are some of the players promoted of the youth team and signed for PL clubs.

Wesley Fofana wants to join Leicester and will go to the clash with St Etienne to force a move. Very talented player. Leicester offering 30m euros at the moment. St Etienne say he is not for sale.

One of the many players who were promoted was Lucas Gourna-Douath. He has emerged as one of Ligue 1’s best young midfielders. Fans and Pundits have dubbed him as ‘the new Paul Pogba’ because of them having the same background of clubs they played for when they were young.

There have been a plethora of teams who are currently chasing the 17 year old across Europe and out of which Chelsea are dubbed to be his biggest admirers.

Despite of being dubbed as ‘The Next Paul Pogba’, his play style is not entirely similar to Paul Pogba’s. He is much more defended minded and he lacks the flair Pogba possesses, being said that his technical abilities could grow up to become like Pogba’s. the perfect description to his play style would be that he is a perfect mixture of N’golo Kante and Paul Pogba.

His tenacity on the field along with his brilliant ability of reading the play and breaking it out reminds you a lot of Kante while when in possession of the ball, his poise and ability to make the correct choice in the final third remind you of Pogba. Despite comparing him to 2 of France’s best midfielders he can offer a lot more on the pitch and can go on to become one of France’s best.

Early days in his youth career

Gourna-Douath was only with UsS Torcy for 12 months at the age of 14, the same club Paul Pogba started his career from. Having previously spent five years learning his trade with amateur outfit Senart-Moissy.

“He was barely 11 and he was already convinced of becoming a professional footballer,” Tarik Draoui, the youngster’s coach at U13s level, told 20 Minutes. “It was crazy, he mastered all the workings of the world of football.

“He knew how to spot the scouts that were present at the matches and he imposed on himself how to have the health of a professional.”

Having joined ASSE in 2018, Gourna-Douath signed his first professional contract with the club two years later, before catching Puel’s eye due to him being able to hold his own physically against more senior opponents while showing an ability to read the game, clear-mindedness and maturity both with and without the ball.

All of those attributes were on show when he faced off against Paris Saint-Germain on January 6 in what was arguably his most eye-catching performance thus far. The youngster was responsible keeping Kylian Mbappe quiet during

How would he fit into Thomas Tuchel’s Chelsea?

Thomas Tuchel’s Chelsea is being built on the concept of positional play while keeping possession of the ball. Thomas Tuchel believes that the more possession you have, the more chances you can create. He deploys a very aggressive, well structured press and counter press on his opponents to win back the ball all over the pitch. He also believes in the concept of  playing out from the back and form triangles all over the pitch to by pass the press.

Tuchel lists what was lacking against Brighton…

Lucas Gourna-Douath’s tenacity on the pitch combined with his technical abilities and reading of the game really would make him an asset under Thomas Tuchel. He could be the perfect deputy to N’golo Kante with the Frenchmen struggling with injuries. He would be able to learn a lot with Kante and would fit the double pivot in Tuchel’s current 3-4-3 system perfectly.

With PSG and Chelsea being the frontrunners on the signature of this teenage sensation, any team who finally gets their hands on Gourna-Douath possesses some real talent in their hand.