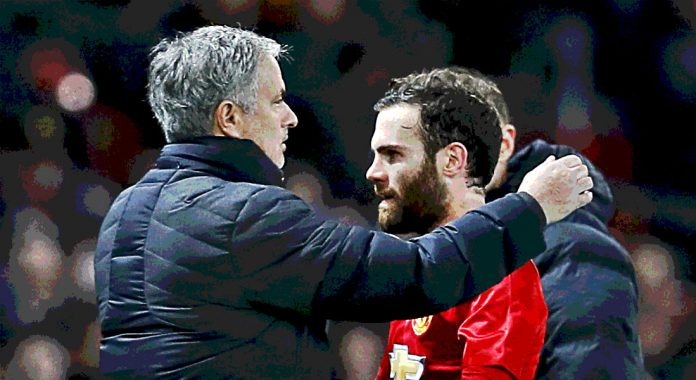 Many had believed that Mata would leave Manchester United when Mourinho took charge at Old Trafford after Louis Van Gaal’s departure in the summer of 2016.

But 18 months down the line, Mata has emerged as one of the key players in the Red Devils squad under Mourinho, who had sold the Spaniard to Man Utd during his second spell as Chelsea boss.

Mata is now in his fourth season at Man Utd and has displayed good form as the Red Devils have started the season in incredible fashion.

Man Utd bosses are ready to extend Mata’s contract which comes as a reward for his impressive displays for the Red Devils, according to Daily Mirror.

The report states that Man Utd will introduce a new clause in Mata’s contract that will extend his current deal.

Mata will be a free agent at the end of the season but sources close to the club have told FootTheBall that the Spaniard is going nowhere as the club is all set to extend his contract.

However, The Mirror states that Chinese Super League clubs have shown huge interest in Mata.

Chinese Super League clubs have made contact with his representatives to discuss mega money moves to the Far East.

But the Man Utd hero happily snubbed cash-rich offers in order to continue playing for the Red Devils.

Mata is expected to start for Man Utd as they travel to face Liverpool on Saturday.

And speaking ahead of the high-octane clash, Mata reiterated the significance of the game.

“Obviously, we also have to talk about our next Premier League game, in Anfield,” he wrote on his personal blog.

“This is one of the big games of the season without a doubt.

“There’s no need to say what it means for us and for our fans, and I hope that we can play a great game and take the three points to Manchester.

“We will try to extend our good run of results since the season started.”

“I also hope that none of my team-mates has physical problems in the second game with the national teams as it was the case with (Marouane) Fellaini, to whom I wish a speedy recovery.”