Players In Focus: USMNT'S Matthew Hoppe Might Be On His Way To The Stardom After Gold Cup Heroics

Matthew Hoppe is the talk of the town after his excellent performances for the United States in the biennial Gold Cup tournament this summer.

The former Barcelona player (he was part of Barcelona’s Residence Academy in Arizona, U.S.) has featured in the headlines of sports portals and websites ever since he took the Gold Cup by storm.

Matthew Hoppe has registered 1 goal and 1 assist until now in the Gold Cup ( a tournament for determining the champions of North and Central America along with the Caribbean countries) something that has reportedly set the ball rolling for his entry into the big time ahead of the new season.

With many clubs reportedly courting Matthew Hoppe for his signature to acquire his services, FootTheBall takes a look at the American starlet who is capturing the attention of the entire footballing world with his skilful display on home soil in the Gold Cup.

THE METEORIC RISE OF MATTHEW HOPPE

If he does move to a major club, he won’t be the first American to have made the trip from Germany to brighter lights. Christian Pulisic has already done that after he joined Chelsea from Borussia Dortmund two years ago, so has Weston Mckennie from Hoppe’s current club, Schalke, to Juventus.

Over the years, the Bundesliga has become home for the hottest American young talents, with many still making their mark in Germany, like Josh Sargent, and many moving to greener pastures.

Examples of such players include the likes of Gio Reyna (Borussia Dortmund), Weston McKennie (formerly with Schalke 04), Tyler Adams (RB Leipzig) and Chris Richards (Bayern Munich). Hoppe would hope to be the next in line.

Hoppe arrived in the German top division in 2020 and has quickly risen among the ranks at Schalke 04 after making his debut on November 28, 2020, in a league match with Borussia Monchengladbach.

Hoppe joined this list of players when he signed up for Schalke 04 in 2019 and he has never looked back since.

HOPPE BROKE OUT WITH A BANG

Hoppe was one of the key players for Schalke 04 last season even though they were relegated to the German second division at the end of the 2020-21. He ended up scoring 6 goals and delivering 1 assist in 15 starts for Schalke 04 in the German top-flight in his debut season.

He was left on the bench for the entirety of 90 minutes on only 3 occasions as he also made appearances as a substitute in 7 matches for the German side in the league. But, his crowning moment was surely the hat-trick that he scored for Schalke 04 at the dawn of 2021. 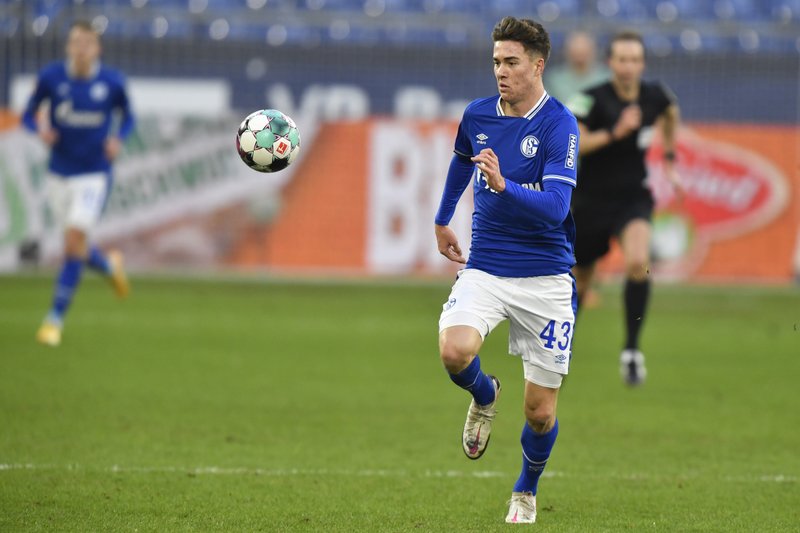 They were his first goals in a Schalke shirt in the top-flight and he marked the occasion with a perfect hat-trick in a match against Hoffenheim. With this unique feat he became the first American to ever score a hat-trick in the German top-flight  that ended Schalke’s 30-match winless streak in the league.

For his exploits with Schalke in January 2021, he was named Rookie of the Month and signed his first-ever professional contract with Die Knappen in February this year.

HOPPE CONTINUES TO DELIGHT SPECTATORS AT GOLD CUP 2021 WITH USMNT

Hoppe has become a trailblazer of sorts for future American football players as he has set the bar quite high for other aspiring footballers in the United States of America. The young starlet already has 1 goal and 1 assist in his first 4 appearances for the USMNT.

He was on the bench for the opening game with Haiti, but delivered an assist in the game with Martinique for the opening goal, before getting on the scoresheet for the Americans in front of a home crowd in the quarter-final against Jamaica in Texas.

And now he has the mouth-watering prospect of capping off his brilliant displays with a strong performance in the final match against southern neighbours Mexico in Nevada.

Meanwhile, his stock in the transfer market in Europe skyrockets by leaps and bounds as he continues to exceed expectations back home with the USMNT.

WHAT NEXT FOR MATTHEW HOPPE AT CLUB LEVEL?

It is no doubt that Matthew Hoppe has a pretty bright future beckoning him after his praiseworthy performances for both Schalke and the USMNT.

But it looks like he may just be about to follow Pulisic to England after Schalke were relegated at the end of the 2020-21 season.

And there definitely are some clubs in the Premier League who are interested in signing the 20-year old at the earliest possible opportunity. As per reports in the media, Arsenal and Everton are vying for his signature ahead of the new season. 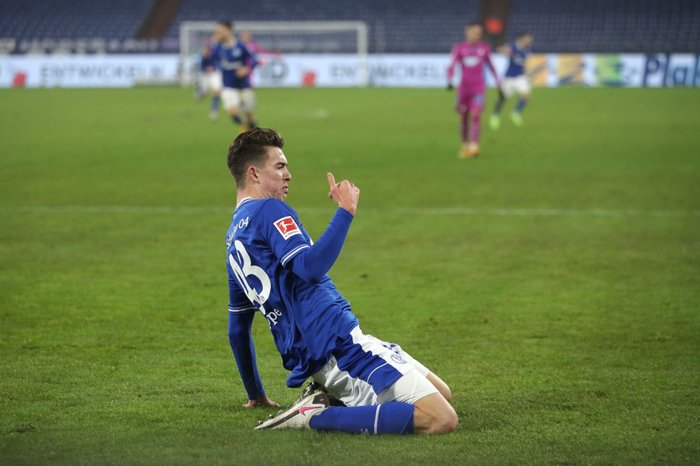 And given his exceptional performances for the USMNT in the Gold Cup, we might see him playing in England in the next campaign.