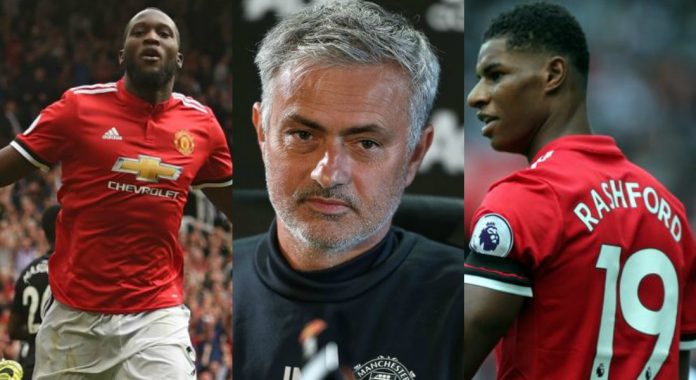 Manchester United boss Jose Mourinho has warned Romelu Lukakau and Marcus Rashford they must perform consistently if they want to hold on to their places in the starting XI and keep Zlatan Ibrahimovic on the sidelines this season.

Zlatan has signed a new one-year deal with Manchester United even though he has not returned to full fitness after a career-threatening knee injury.

However, boss Mourinho stated that Zlatan is expected to be match-ready and up for selection by Janaury.

And he accentuated that it totally depends on new man Lukakau – with three goals to his name already in two games – and United prodigy Rashford – as they have to deliver day in and day out to keep Zlatan out.

After successive 4-0 Premier League wins, Mourinho said: “Zlatan knows me and he knows I play the players I think are best for the team.”

“If he comes here and proves that he is the best, he plays. But if the other ones don’t give him a chance – that is life.”

“He is one of the best strikers in the world so the only consequence is we are going to have a much better squad.”

Mourinho had won the Premier League title during his second season at Chelsea after landing Didier Drogba at Stamford Bridge and now the Special One is hoping Zlatan could guide his side to more silverware.

He added: “When Drogba came back to Chelsea for the second time, he was not the first choice for most matches.”

“But I would say he was as important as the first choice for the title. Here we need a striker and we have one striker just around the corner who belongs to our family.”

“Zlatan is one more option, one more experienced player and one more player that can play either nine or 10.”

“We have lots of matches and if we progress in the Champions League and one of the cups, I don’t even say both cups, if we do that we are going to be in a position where we couldn’t do it only with Lukaku and Rashford – especially if I play both together.”

Anthony Martial has stepped up his game this season and has found the net against both West Ham and Swansea after coming off the bench.

The Red Devils boss stated that he has faith in the French forward and they understand each other more now.

Mourinho added: “You cannot be happy just with glimpses of talent. That I am not going to change, I want more from him because he has all the qualities.

“But I think he understands me better too. That personal relationship is good.”