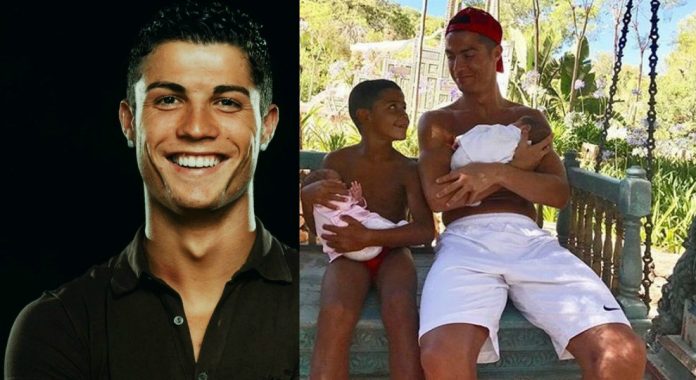 Portugal skipper Cristiano Ronaldo took to social media to share a heart-warming picture with his three sons for the first time.

After crashing out of the Confederations Cup last week, Ronaldo confirmed to the world that he had become the father to newborn twins, Eva and Mateo.

He also wrote a caption that read ‘blessed’ as he posted a heart-warming picture with his three sons for the first time.

Katia said: “Mateo and Eva, those are the names of Cristiano Ronaldo’s twins. The boy and girl were born to a surrogate mum. It’s a secret that Cristiano Ronaldo hasn’t yet revealed to the rest of the world”

Ronaldo confirmed the birth on Facebook on Wednesday night. 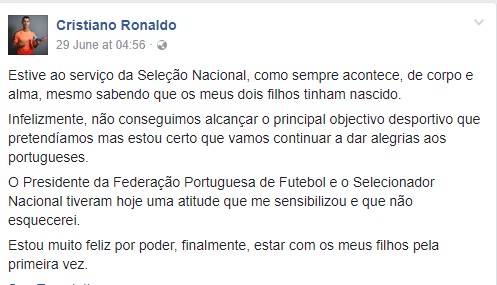 He posted: “I was in the service of the national team, as always, body and soul, even though my two children were born.”

“The President of the Portuguese Football Federation and the national selector have today had an attitude that has touched me and I will not forget.”

And earlier, Cristiano Ronaldo has posted the first picture of his new twins, after flying home immediately after Portugal’s Confederations Cup defeat to Chile.