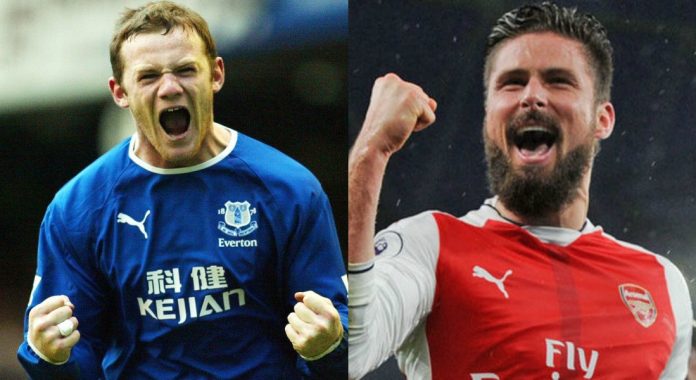 The Everton bosses are will continue their summer spending spree by splurging £20million for securing the signatures of Arsenal striker Olivier Giroud.

Rooney is set to take up the No 10 role with Giroud up front at Everton as Romelu Lukaku is on the verge of completing a move to Chelsea for £90m.

And now it is understood that Man Utd would allow Rooney to leave on a free transfer but only if he does not ask that the final two years on his existing contract are paid up.