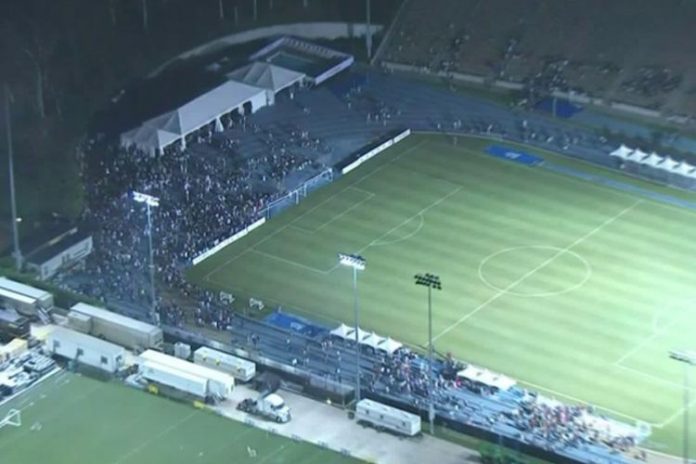 UCLA has been evacuated due to a bomb scare, according to reports. 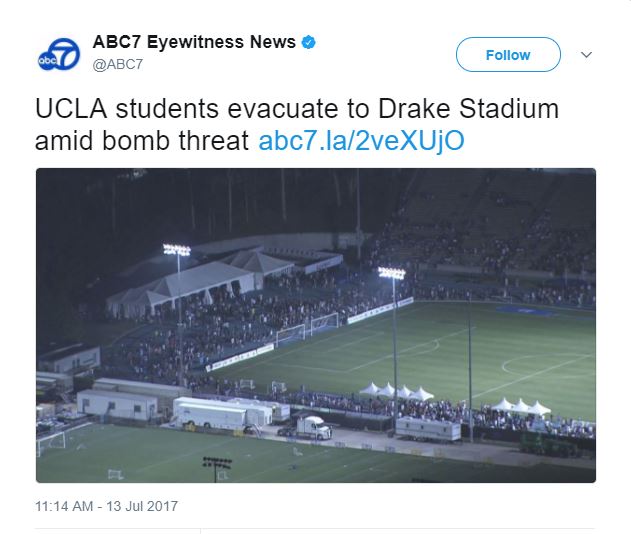 Students were told to leave the university, which has been a training base for both Manchester United and Real Madrid during their pre-season tour of the US, at around 10pm local time, which is 6am UK.

According to the LA Times , at least three residence halls at the Westwood campus were evacuated, with students being ushered to the campuses Drake Stadium.

University of California police Capt. Bob Leinweber confirmed that a recreation centre had been searched with four bomb-detecting dogs, but no explosives had been discovered.

“We’ve just about concluded the search and nothing found,” Leinweber said.

A UCLA spokesman confirmed that the evacuation was merely “precautionary”.

Both United and Madrid were present at the training facilities yesterday, with the Red Devils training at the Drake Stadium, following a row between the two clubs over which side would get the better facilities.

Both teams are training daily on adjacent pitches at UCLA, but Jose Mourinho’s men arrived on Sunday, ahead of their Spanish rivals, and were therefore able to claim the impressive Drake Stadium.

That left Real training on an adjacent pitch — which has left the current European and La Liga champions, who arrived in town on Tuesday, less than impressed.

The clubs also clashed over the hotels where they will be based, with both said to have wanted to stay at the famous Beverly Wilshire hotel on Rodeo Drive in Beverly Hills.

The two sides meet at Levi’s Stadium in Santa Clara, near San Francisco, on July 23, after which United head to Washington DC to face Barcelona, while Real return to LA for their fixture with Manchester City.

They will then play again this pre-season in the UEFA Super Cup on August 8.