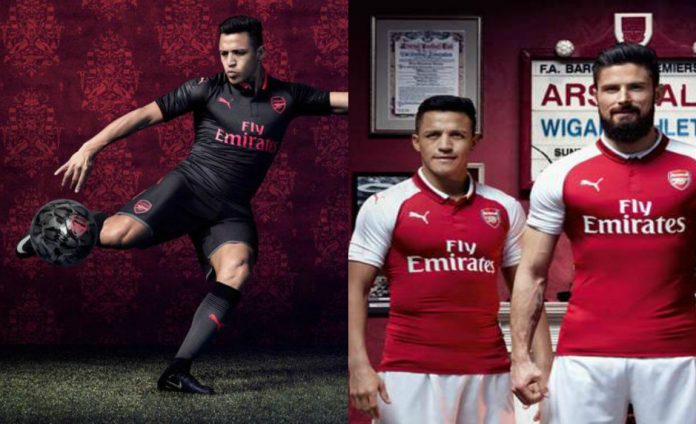 Arsenal have hinted Alexis Sanchez will stay at the Emirates next season.

And showcasing the strip is wantaway star Sanchez, 28.

And if these pictures are anything to go by, the Gunners boss is right.

The Frenchman, 30, fears he will not be Arsenal player next season after they broke their club-record transfer fee to sign Alexandre Lacazette from Lyon for £52.6million.

But he can also be seen showing off the new kit.

Arsenal are currently in Sydney for their pre-season tour.

They face Sydney FC tomorrow at the ANZ Stadium, and play one more game in the Australian city before jetting off to Shanghai on July 19.

While they were in the Harbour City, players met with young fans and visited the local Emirates Soccer School to help train some young talent.