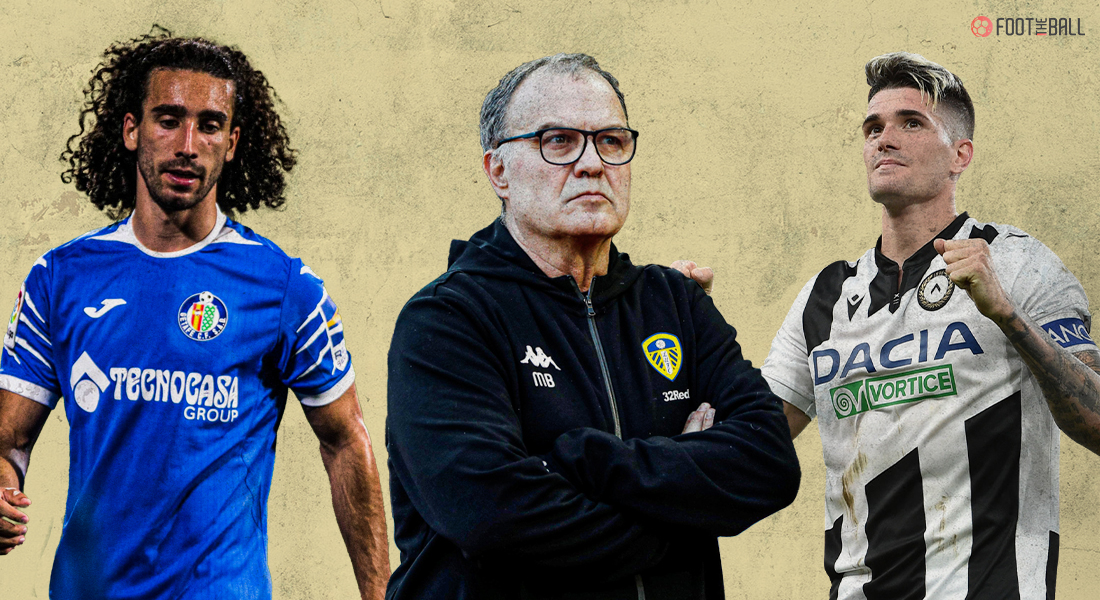 Last season, Leeds made their first appearance in the Premier League since 2004 and kept the fans on the edge of their seats. Coached by Marcelo Bielsa, Leeds played some of the most beautiful progressive football and finished in the top-half of the league, winning the same number of matches as Arsenal and Tottenham. The Argentine manager was nominated for the Premier League manager of the season that was eventually won by Pep Guardiola.

Bossing it on the touchline 👔

Introducing your 5️⃣ nominees for @BarclaysFooty Manager of the Season!

But Leeds is a historic club with passionate fans who won’t settle for a top-half finish and would expect more in the coming season. A top-six finish and a ticket to European football might be an ideal target for them but with the right recruitment and a pragmatic approach at times might even turn out to be a Leicester-like miracle for them.

Leeds Sporting director Victor Orta has already put a plan in place regarding transfers and believes that early transfers can help the team build team spirit and learn Bielsa’s rigorous methods by the time next season begins.

WHERE DO LEEDS NEED TO IMPROVE

Leeds finished ninth in the league table, above the likes of Everton and Wolves. Their style of play mainly focuses on cutting down the spaces for the opposition and making them succumb to sustained pressure. It’s a fearless attacking approach that believes in overpowering the opponent irrespective of their squad quality. As a result, Leeds scored 62 goals in 38 games and became the sixth-best attack in the league.

🙌 @LUFC finish the season with 59 points, the best tally by a promoted club in a #PL season since Ipswich Town in 2000/01#LEEWBA pic.twitter.com/byEA6RN7qr

This approach, like all others, has its drawbacks too. With all the positives and entertainment factor, their style of football leaves them exposed at times as it has shown in some heavy defeats during the season. And while they became the sixth-best attack, they were vulnerable to counter-attacks and had the 14th worst defence in the league with 54 goals shipped in.

Well, Bielsa is rigid with his ideas and philosophy and is less likely to change the approach in a bigger perspective but has shown signs of pragmatism in games like the goalless draw against Manchester United and Chelsea at the Elland Road along with a 1-1 draw with Liverpool and a thrilling 2-1 win over Man City.

3+ – Leeds have conceded 3+ first-half goals for the fourth time in the Premier League this season (also versus Man Utd, Liverpool and Palace), twice as many times as any other side. Disorder. pic.twitter.com/tBG3LehKNh

Another one of their major concerns has been the lack of finishing. Patrick Bamford scored 17 goals this season, the fourth most by any Premier League player. While doing so, he missed 21 big chances too, the most in the league. Clinical finishing is key to winning games in the Premier League, where one goal advantages can be good enough.

Defensively too, they weren’t as solid as a top-four club should be and despite a great performance by their 20-year old goalkeeper Illan Meslier, he was exposed too often to not concede. A good pair of centre-halves might be the final piece in Bielsa’s puzzle.

Leeds allow their fullbacks to freely join the attack, and are a key part of their overall game, which is constantly pressing the opponents. With Ezgjan Alioski and Barry Douglas running out of contracts next month, a left-sided defender who can suit the workload Leeds put on their fullbacks will be a necessity.

Getafe’s Spanish left-back Marc Cucurella can also play as a left midfielder and will be a perfect suitor to replace Alioski and his attacking as well as defensive outputs.

Bielsa uses three at the back with wing-backs sometimes and that might be an ideal transfer for them with Cucurella’s pace and forward runs. The 23-year old scored three and assisted two goals this season for Getafe and is defensively solid too, with a tackle success rate of 79%, he can ideally win the ball back for his team in defensive transitions and instantly start attacks with his skilful dribbling.

His off-the-ball work rate and intelligence are highly praised in Spain, being a product of Barcelona’s La Masia academy. He can read passes early and stop opponent attacks by intercepting the ball. He has an average of 1.5 interceptions and 2.1 tackles per 90 minutes.

He will cost the Whites in the range of £15-20m as Getafe is open to listening to offers.

Amongst the most coveted players in Europe this season, the Argentine international will be a great addition to the squad as he can create and score goals in abundance as seen with his outstanding output this season for Udinese.

The bottom half Serie A club scored a total of 42 goals all season and the 27-year old midfielder was involved in 18 of those with nine goals and nine assists. He outperformed his xG by three goals while his teammates’ finishing was poor and he recorded three assists lower than what should have been according to his xA.

His creativity from the central role is something Bielsa might be missing with age catching up with Mateusz Klich and Pablo Hernandez. De Paul helps create 4.6 shots per 90 minutes, which exceeds every current Leeds player.

Apart from his direct goal involvements, the Udinese MVP loves to dribble past players and get into dangerous areas. He has 3.15 successful dribbles per 90 minutes and has drawn the most fouls in the Serie A this season as a result.

Leeds will have a tough time signing the £40 million midfielder with Champions League clubs like Atletico Madrid and AC Milan also in the race. Bielsa’s appeal and the Argentine connection might help them secure the marquee signing that can instantly impact the team.

After Huesca recently got relegated from La Liga, the Spanish full-back is looking to move out and take a step forward in his career. Leeds have been monitoring the 26-year old and are the most likely destination for Javi Galan this summer if Alioski decides to leave. Galan is mostly known for his attacking output but defensively too, he has been solid this season.

The players with the most successful dribbles in #LaLigaSantander 2020/21! ⚡️✨ pic.twitter.com/T4MT89dc0i

The fullback finished second in the number of dribbles (121) only behind Lionel Messi (159) in the La Liga this season. He is known to put constant pressure on his opponents and likes to keep close, not letting anyone get past him. Galan made 16.3 pressures while tackling 3.2 times per 90 minutes. He makes an average of 2.03 shots per game which exceeds the average for players of his position and makes him a perfect fit for Leeds and Bielsa’s style of play.

He had a release clause of £7 million last season, but it has been halved after Huesca’s relegation and Leeds can get Galan for £3.5 million this summer.

Werder Bremen’s Milot Rashica can be a great addition to Bielsa’s squad on the left flank where they have used Raphinha, Jack Harrison and Helder Costa due to the lack of a proper left-winger.

The Kosovar international was relegated with Werder Bremen this season and might be on his way out with Liverpool also eyeing the left-winger. He is a good dribbler, skilful with the ball and has the work rate required to fit in Bielsa’s system too.

The 24-year old winger averages 4.6 dribblers per 90 minutes and has a knack for cutting in and putting the ball in the 18-yard box for his teammates. While he only had two assists this season, he has produced better numbers in the past and can still improve under the Argentine coach if he does make it to the Elland Road.

He recently scored a brace on international duty against Malta in a 2-1 friendly win for Kosovo. Recent reports suggest Raphinha might be on his way to Anfield next season and Leeds would not want to miss out on a cheaper alternative that can be developed further to suit the team’s playing pattern.

The relegated side may sell the winger for a price between £12-15m and Leeds can possibly sign him up sooner than similar targets who will be playing international tournaments in the summer.

After conceding 54 goals in the Premier League this season, Leeds will be looking for defensive additions to the squad to make their high pressing more sustainable.

Fulham’s Joachim Anderson can be a perfect fit for them being a tall and physically strong centre-back with prior Premier League experience. On loan from Lyon, Anderson got relegated from the English top-flight with Fulham but impressed many top English clubs including the defensively struggling Tottenham.

Scott Parker’s system at Fulham has been similar to Leeds in terms of pressing and aggression and Anderson was a key element of it. The tall-framed defender is agile and quick despite his physique suggesting differently. He is understandably good in the air and wins 3.8 aerial duels per 90 minutes. Despite not being a very impressive tackler, Anderson is known for reading the game well and cutting down spaces when facing counter attacks. Parker used him to press higher up the pitch in a 3-man defence which can be useful for Bielsa too.

The Danish international is calm on the ball and can help the team build from the back being press-resistant with a good passing range.

The £25 million worth defender will showcase his talent in the Euro 2020 with Denmark this June and might attract more offers afterwards.

Leeds United to Marsch on?

The Peacocks of Yorkshire