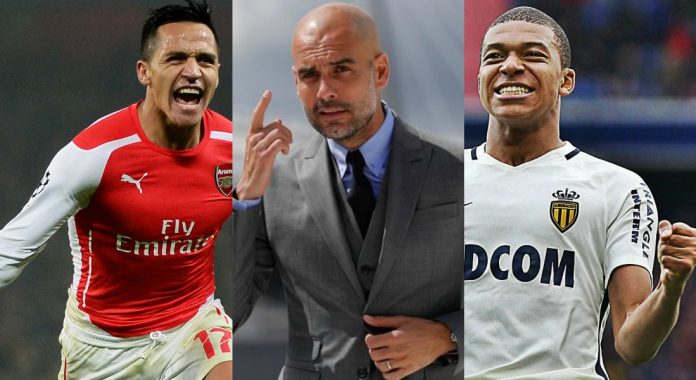 The Man City hierarchy are confident that they can still rope in Alexis Sanchez for £50million or Monaco teenage sensation Mbappe for a world record transfer fee of £120m, according to reports.

Guardiola has made it clear that he wants more firepower up front and according to the Mail, Man City are all set to plot moves for the pair and are not worried about the hefty price tags.

Real have offloaded players to make about £110m in transfers this year, and are in a comfortable position to launch a bid for Mbappe.

And after making about £110m in transfers this year, Real are in a stronger financial position to make a bid for Mbappe.

Mbappe had previously said that he wants to stay put at Monaco this summer, despite being linked to top flight European clubs.

But Man City bosses believe that they can lure him away to England from under the noses of La Liga giants Real Madrid.

Sanchez has reportedly accentuated last week that he desperately wants to play in the Champions League and has informed the club that he wants to leave this summer.