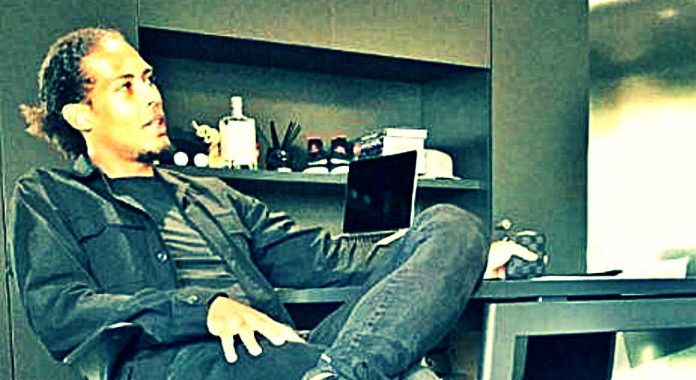 Chelsea and Liverpool fans have been sent into a transfer frenzy after a picture of Southampton’s wantaway star Virgil van Dijk in a London office emerged on social media.

Instagram user @philipuby had uploaded the picture of Van Dijk leaning back in a chair with a caption that read: ‘big dog’ ‘LONDON’.

But now the Reds have reignited their interest in the Dutchman, but dfending champions Chelsea also want to rope in Van Dijk this summer.

If Van Dijk is indeed in London, as far as the picture suggests, he has landed in the capital to hold transfer talks with Chelsea.

However, Liverpool also have an office in London and this could also mean that the Dutchman is currently negotiating personal terms with the Reds.

Unfortunately for fans of both teams, the picture was later deleted, but it has only added more fire to transfer rumours – with the centre-back keen to make a move this summer.

FootTheBall sources reveal that Manchester City are also interested in roping in the services of the Dutchman and could launch a bid well over £60million.

But club chairman Ralph Krueger insisted that he would not succumb to pressure amid growing interest in their star player, saying: “Nobody is for sale that we don’t want to sell and so he is not for sale in this window. We have said it more than once.”